Commonwealth v. Fowler: What the Kevin Spacey Cases Mean for e-Discovery and the Law 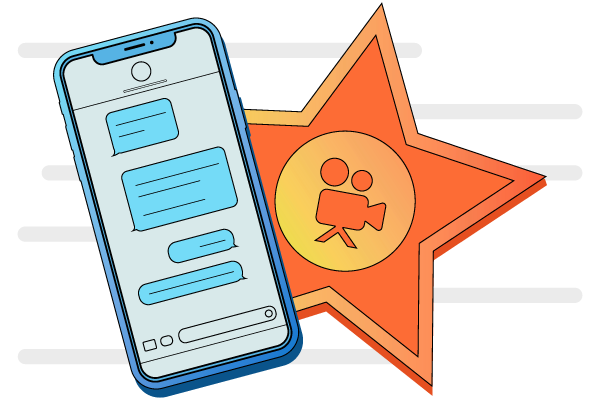 Electronic discovery has traditionally been a precursor to deciding a case on the merits—a procedural consideration before getting to the substantive issues of the matter.

But, what about when e-discovery decides the case?

As communication has become increasingly more digital and more mobile, electronic discovery has become not only a critical factor—but the deciding factor—in some cases. One of those cases is Commonwealth v. Fowler.

Kevin Spacey, whose legal name is Kevin Spacey Fowler, is the recipient of two Academy Awards, two Screen Actors Guild Awards, a Golden Globe Award, and a Tony Award, but he has also been accused of multiple instances of sexual improprieties beyond the Massachusetts allegations, and he was removed from his hit series, House of Cards, and a major motion picture as a result of the multiple allegations.

Nevertheless, earlier this month, the Massachusetts civil action was dismissed with prejudice, and prosecutors dropped the criminal charges. Why?

Although this article will provide a brief recitation of the alleged underlying incident, it is not the story of what may or may not have happened in a Massachusetts beach resort. Instead, it’s the story of what may happen in legal proceedings if your mobile data and mobile phone disappear.

Nantucket, Massachusetts is a small island off the shore of Cape Cod. Along with its fellow Massachusetts island, Martha’s Vineyard, Nantucket has pleasant beaches, scenic views, and historic lighthouses. The New England charm brings celebrities and other tourists every summer when Nantucket’s winter population of about 11,000 grows to over 50,000.

In the summer of 2016, one of those celebrities was Kevin Spacey.

In allegations that made headlines around the world two years later, an 18-year-old employee of a Nantucket restaurant claimed that, in the summer of 2016, Spacey plied him with alcohol and groped him at the restaurant.

Not surprisingly, Spacey’s lawyers had a different take, arguing the encounter was a “mutual and consensual flirtation” and that the employee had told Spacey he was 23.

As noted above, both a criminal prosecution and a civil action ensued. In what is now a common practice in legal proceedings, Spacey’s lawyers demanded discovery of the employee’s mobile phone, seeking text, video, and Snapchat data from the date of the incident to the date of the discovery request.

Spoliation on the Shore?

In a development indicative of 21st Century litigation, the case turned—not on the alleged facts of the July 2016 incident—but on a July 2019 court hearing on the whereabouts and contents of the employee’s mobile phone.

Some of the employee’s mobile data had been introduced in court.

Spacey’s defense counsel, Alan Jackson of Werksman Jackson Quinn LLP, who gained fame as a Los Angeles prosecutor handling cases such as the murder trial of Phil Spector, argued that some of the text messages had been edited.

The employee’s mother, a former Boston television news reporter, admitted that she had deleted some data from the phone before turning it over to law enforcement—although she claimed the data she deleted was unrelated to the alleged incident.

It was merely some “frat boy activities,” an investigating police officer told the court the mother had said.

In admitting in court that she had deleted data from the phone before turning it over to law enforcement, the employee’s mother said, “Yes, and I was very honest with the police about that.”

Jackson was unimpressed with the mother’s professed honesty.

“I’m beginning to understand that now,” the mother testified.

However, the biggest issue may have been the disappearance of the phone itself.

Although law enforcement notes indicated the mobile phone had been returned to the employee’s family, Mitchell Garabedian of the Law Offices of Mitchell Garabedian, the family’s attorney, known for representing sexual abuse plaintiffs, told the court, “My clients do not recall ever receiving the phone.”

Although the employee’s family said the phone had been backed up, Spacey's counsel argued that wasn’t good enough.

“We’re entitled to the phone, and I appreciate Mr. Garabedian’s efforts to maintain or obtain a forensic download of a MacBook, another phone, a second generation phone, a third generation or a fourth generation—none of that answers the central question: Where is the actual phone? That’s what we want, that’s what we’re entitled to, and we still don’t have it,” argued Spacey’s counsel, Alan Jackson.

“No one wants that phone more than we do,” the employee’s mother testified.

When Jackson asked the employee whether he knew altering evidence was a crime, the employee invoked his Fifth Amendment protection against self-incrimination, and the prosecution’s case was doomed.

Prosecutors filed a nolle prosequi, dropping the charges on July 17, 2019, while the employee’s civil suit had already been dropped on July 5.

Why the Kevin Spacey Cases Matter

Commonwealth v. Fowler and Little v. Fowler provide a roadmap for many matters in the world of 21st Century litigation.

Were the cases decided on the nuances of arcane legal doctrines, battling experts, or the preponderance of paper pleadings? No.

It all came down to a missing mobile phone.

And, it’s not just the Kevin Spacey cases either.

“Our customers are telling us that 50 percent of their cases involve capturing and examining mobile device data as part of their legal investigations,” said Shahaf Rozanski, head of business solutions at Cellebrite.

The Spacey cases are also interesting because they represent the intersection of civil and criminal law—and the rules of the ballgame are not the same.

For instance, in the criminal matter, Spacey’s defense argued the employee’s ability to produce the data from the missing phone from other sources was irrelevant. However, that argument may not have carried the day in a civil action.

In the 2015 amendments to the U.S. Federal Rules of Civil Procedure, rulemakers amended Fed. R. Civ. P. 37(e) to provide that sanctions were available when evidence “cannot be restored or replaced through additional discovery.”

Another notable factor was the use of emojis in text messages. The graphical 21st Century version of the text-based emoticon, emojis are important in e-discovery, and their use in business communications is growing.

Finally, social media became another factor in the case with Snapchat video becoming a point of contention.

The biggest takeaway from the Kevin Spacey cases?

It’s a Brave New World for e-discovery and the law, where cases are decided by missing mobile phones—and their texts, Snapchats, and emojis.