Social Media Law: The First Amendment Right to Trash Your Spouse on Facebook 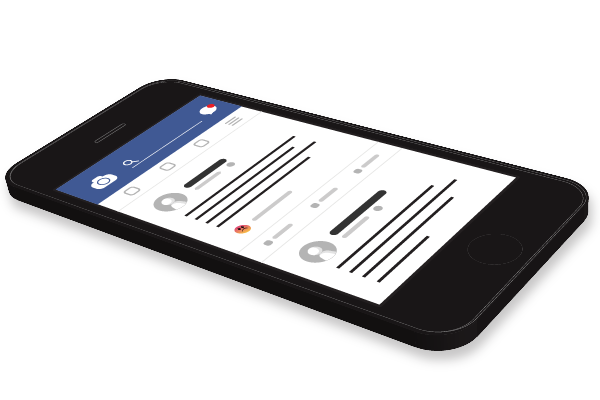 Courts issue orders all the time. These judicial edicts can sometime seem somewhat Draconian, and social media often becomes a subject of these orders. Combine social media with family law, and things can get truly unpleasant.

In contentious divorces and child custody disputes, some courts will issue nondisparagement orders to protect minor children from vicious combatants: their parents.

Judges in Massachusetts may need to think twice about their nondisparagement orders after the Massachusetts Supreme Judicial Court threw out an order prohibiting parents in a messy divorce from disparaging each other on social media and elsewhere.

In Shak v. Shak, No. SJC-12748 (Mass. May 7, 2020), the Massachusetts high court held that such an order was an impermissible prior restraint on free speech in violation of the First Amendment to the US Constitution.

Masha Shak and her husband, Ronnie Shak, were married for about 15 months and had a child together. Masha Shak filed for divorce in February 2018 and sought various judicial orders, including an order barring Mr. Shak from the marital home and one giving her sole custody of the minor child.

In addition, Ms. Shak sought an order prohibiting Mr. Shak from posting disparaging remarks about her and the ongoing litigation on social media.

After a hearing, a trial court issued an order, which included the language: “Neither party shall post any comments, solicitations, references or other information regarding this litigation on social media.”

Things didn’t get any better.

Ms. Shak then filed a motion asking the court to hold Mr. Shak in civil contempt, alleging he wrote disparaging social media posts and shared them with members of her synagogue, including her rabbi and assistant rabbi, as well as her business clients.

Mr. Shak countered that he had not received timely notice of the court’s order. In addition, Mr. Shak argued that, even if he had received the order, he was not bound by the social media prohibition because it constituted an impermissible prior restraint on free speech in violation of the First Amendment to the US Constitution.

Unconstitutional Order, Round I

Rather than simply invalidate the order, the second trial judge attempted to cure the constitutional deficiency by redrafting the order to tailor it narrowly to serve a compelling government interest—the protection of the wellbeing of the minor child.

Until the parties have no common children under the age of [fourteen] years old, neither party shall post on any social media or other Internet medium any disparagement of the other party when such disparagement consists of comments about the party's morality, parenting of or ability to parent any minor children.

The order went on to provide examples of prohibited language. They include a vulgar term for a part of the human anatomy, a synonym for a female dog, and a vulgar description of an act of incest, and they are not suitable for publication on The Relativity Blog.

Despite the second judge’s attempt to cure the constitutionally infirmed initial order, the fix didn’t work.

Citing the US Supreme Court’s decision in Ashcroft v. American Civ. Liberties Union, 535 U.S. 564 (2002), the court noted, “As a general matter, the First Amendment means that government has no power to restrict expression because of its message, its ideas, its subject matter, or its content."

However, there are exceptions to every rule. As the old adage goes, despite the First Amendment, government can—and does—restrict your ability to yell “Fire!” in a crowded theater.

As the US Supreme Court observed in Alexander v. United States, 509 U.S. 544 (1993), “The term 'prior restraint' is used to describe administrative and judicial orders forbidding certain communications when issued in advance of the time that such communications are to occur.”

Massachusetts courts have held that nondisparagement orders are, by definition, a prior restraint on speech. See Care & Protection of Edith, 421 Mass. 703 (1996).

Government prior restraint of speech is generally unconstitutional. In fact, in Nebraska Press Ass'n v. Stuart, 427 U.S. 539 (1976), the US Supreme Court held that, because prior restraint on speech is an “immediate and irreversible sanction,” it is “the most serious and the least tolerable infringement on First Amendment rights.”

Under a constitutional law doctrine known as “strict scrutiny,” a law that would otherwise be unconstitutional can be constitutional if the law is tailored narrowly to achieve a compelling government interest.

In Shak, the government has a compelling interest in the protection of children. Thus, the question is: Is the judge’s order tailored narrowly to achieve that compelling government interest in protecting the Shak child from the warfare between the parents?

“As important as it is to protect a child from the emotional and psychological harm that might follow from one parent's use of vulgar or disparaging words about the other, merely reciting that interest is not enough to satisfy the heavy burden of justifying a prior restraint,” Associate Justice Kimberly Budd wrote for the court.

In a unanimous decision, the commonwealth’s high court held that Ms. Shak had failed to demonstrate sufficient potential harm to the child to warrant the drastic step of prior restraint.

“Assuming for the sake of discussion that the Commonwealth's interest in protecting a child from such harm is sufficiently weighty to justify a prior restraint in some extreme circumstances, those circumstances do not exist here,” the court held, noting that the Shak child, a toddler, was not old enough to read—let alone understand—the alleged social media attacks.

Government prior restraint of speech is not unconstitutional, per se. However, as we learned in Shak, the government’s burden is tremendously high if they want to stop speech before it starts.

Courts and litigants have other options. As the Shak court noted, the Shaks could enter a nondisparagement agreement—rather than a non-disparagement order. Also, depending on the content of the social media posts, a party could seek a court order of protection if they were threatening or perhaps even sue.

Having said all of this, there’s a far simpler fix. Justice Budd wrote eloquently:

“Of course, the best solution would be for parties in divorce and child custody matters to rise above any acrimonious feelings they may have, and, with the well-being of their children paramount in their minds, simply refrain from making disparaging remarks about one another.”

Sadly, those of us who have been lawyers in family law matters know many litigious parents will never rise above the acrimony—even if the wellbeing of their children is at stake.