Strong Arms: Investigations in Litigation from the UFC to a Family Feud 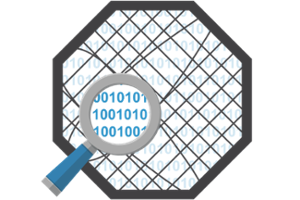 What do the Ultimate Fighting Championship, a family feud over a timber company, and a Maine restaurant server have in common?

Admittedly, not much—except that they illustrate why investigations are a critical component of legal matters. Whether you’re in a corporate legal department, law firm, or government agency, if things go off the rails during initial investigations, it can often come back to wreak havoc later—sometimes in subsequent litigation.

Fighting and the FTC

The Ultimate Fighting Championship (UFC), the premier forum for mixed martial arts (MMA), is somewhat of a cultural juggernaut. Many have questioned the societal value of putting two people in a cage to beat the pulp out of each other, and the UFC was banned in New York State until this year. However, the UFC has become wildly popular as it has cornered the market for MMA, and just this week, the organization sold itself for $4 billion.

Of course, cornering the market—with related allegations of antitrust violations—is one of the reasons the UFC provides an illustration of investigations affecting litigation.

What’s important for our purposes is a previous investigation by the Federal Trade Commission (FTC).

In 2011, the FTC was conducting an investigation of Zuffa’s acquisition of Explosion Entertainment LLC, the owner of UFC competitor Strikeforce, when Zuffa inadvertently produced three documents for which it had claimed the attorney-client privilege in its privilege log. Zuffa’s counsel explained the situation to the FTC, and the Commission agreed to a clawback.

The FTC closed the investigation in January 2012, but that’s not the end of the story. Fast-forward to Zuffa’s litigation with Cung Le.

To expedite production of the documents from the FTC investigation in the litigation, the parties agreed Zuffa would reproduce the production “in the form in which it was initially produced.”

However, the investigation production set from 2011 came with extracted text reflecting the underlying privileged information rather than the OCR version that had been produced to the FTC to correct the original inadvertent production. Thus, a legal dispute ensued over whether Zuffa had waived the privilege—and whether parts of the communications dealing with business issues were even privileged. Although the court held there was no attorney-client privilege in the business-related discussions, it did uphold the privilege on a portion of the disputed material.

Sometimes the question isn’t whether an investigation affects the attorney-client privilege in subsequent litigation, but the quality of the investigation itself.

For instance, in Fairweather v. Friendly’s Ice Cream, LLC, No. 2:13-cv-00111 (D. Maine July 24, 2014), a federal district court rejected a corporate defendant’s motion for summary judgment in an age discrimination action, in part because the court concluded the defendant employer failed to perform an adequate investigation before firing the employee after a customer complaint.

More recently, in Luzak v. Light, No. 1:15-cv-501 (E.D. Va. July 8, 2016), the court addressed the adequacy of an investigation when a corporation established a special litigation committee to investigate the granting of stock to a new CEO.

After Coastal Forest Resources Company, a closely held corporation in the timber business, fired its CEO and removed him from the board of directors, the company hired a new CEO and sold him stock in the company and options for more. Things didn’t go smoothly.

The former CEO was the husband of Hampton Luzak, the granddaughter of the company’s founder and owner of 33 percent of Coastal’s stock. Displeased when she discovered the full compensation package for her husband’s replacement, which included stock grants and options she thought undervalued the company, Luzak sued the directors who had approved the compensation package, including her sister, Merrill Light.

In response to Luzak’s suit, a derivative action filed on behalf of the company, Coastal formed a special litigation committee (SLC) to evaluate her claims, pursuant to Virginia law. The SLC conducted an extensive investigation—including retaining law and accounting firms—and concluded it was not in Coastal’s interest to pursue the claims against the directors and that the stock grant was authorized and valid.

Investigating the investigation when it comes to government agencies can be a bit more challenging.

Although the railroad argued it was fundamentally unfair for the EEOC to evade discovery of information that any private employer would have to submit, the court sided with the commission in its argument that the scope and nature of the EEOC’s investigation were within the EEOC’s discretion.

Whether it’s the government investigation in Zuffa or the corporate investigations in Fairweather and Luzak, these cases illustrate the importance of thorough and defensible investigations—not only for corporate counsel, but for litigators, as well.

For instance, Zuffa showed what can happen when parties must produce documents in both government investigations and in litigation.

Although the court ultimately allowed Zuffa to retain the attorney-client privilege on a portion of its production, courts around the country have rejected the concept of selected waiver, where companies can cooperate in government investigations by producing privileged material, but retain the privilege in subsequent litigation.

At the same time, Fairweather and Luzak show that the quality of an investigation itself matters and that investigations can affect more than attorney-client privilege in subsequent matters.

Moral of the story: investigations matter not only for corporate governance—they matter because the outcome of litigation is often preordained by them.