A firm believer in the power of analytics, Kate Bauer, practice solutions architect at Steptoe, wanted to drive adoption at the firm. She had the research showing how analytics would translate to time and cost savings, but the data did little to pique case team interest. When the firm launched a promotion allowing lawyers to use Relativity Analytics for free, some tried email threading and near duplicate identification. But, most lawyers remained skeptical about predictive coding.

The tides began to turn, however, after a lawyer voiced interest in using Relativity Assisted Review on a DOJ second request. The parties wanted to complete review of about 2.6 million documents within approximately four weeks.

“We had the technology and capabilities to get the job done in-house,” Kate said. So, Kate discussed using Assisted Review in further detail with the lawyer and the DOJ, who all agreed to use Analytics to meet the tight review deadline.

“We had been marketing Analytics internally for a while—this case helped move the needle for us,” Kate added.

Out with the Old, and in with Assisted Review

Kate and her team got to work. After sifting the data to remove presumptively irrelevant documents and documents incompatible with Analytics, they pushed 1.76 million documents into Assisted Review. The firm’s lawyers coded a set of documents to train the system on classifying responsive and non-responsive documents. After lawyer review and a quality control check of 22,400 documents, the algorithm categorized 486,000 documents as responsive.

“Once our lawyers were satisfied that the algorithm’s coding decisions were accurate, they were able to largely bypass reviewing the 1.27 million documents the algorithm identified as not relevant,” Kate said.

Kate added that bypassing irrelevant documents proved helpful during the privilege review. The system classified 57 percent of the documents that met the firm’s privilege criteria as irrelevant, meaning the lawyers could power through the review.

According to the firm’s estimations, a linear review of those 1.76 million documents would have racked up a $3 million price tag to their client, with the review team spending 26,000 hours on the review. With Relativity, the firm completed the responsiveness review in 600 hours at a $300,000 cost, saving their client $2.7 million and 25,400 review hours. 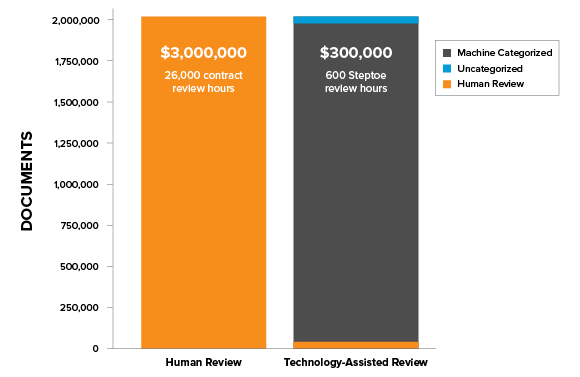 Word spread throughout the firm about the case, prompting paralegals and associates to inquire about using Assisted Review on their cases.

“After we executed on this case, we had more and more people interested in Analytics,” Kate said. “Predictive coding was no longer something ‘other lawyers’ did, it was something Steptoe did.”

“After we executed on this case, we had more and more people interested in Analytics. Predictive coding was no longer something ‘other lawyers’ did, it was something Steptoe did.”

Kate created brochures and other resources to raise awareness about Analytics’ best use cases, how to get started, and how litigation support could help. Adoption increased across the board, but structured analytics adoption still outpaced adoption of conceptual analytics.

The department would then send emails to case teams with screenshots of conceptual analytics applied to the case team’s own data, along with offers to do free hands-on demos of the functionality in the team’s workspace.

“Seeing the functionality applied to their own data definitely raised lawyers’ interest. Demos we scheduled for 45 minutes would often extend to two hours as users asked questions about Analytics’ capabilities,” Kate observed. “My favorite is when the team gives us an example hot document during the demo that we can immediately use to find more hot documents they haven’t discovered yet.” 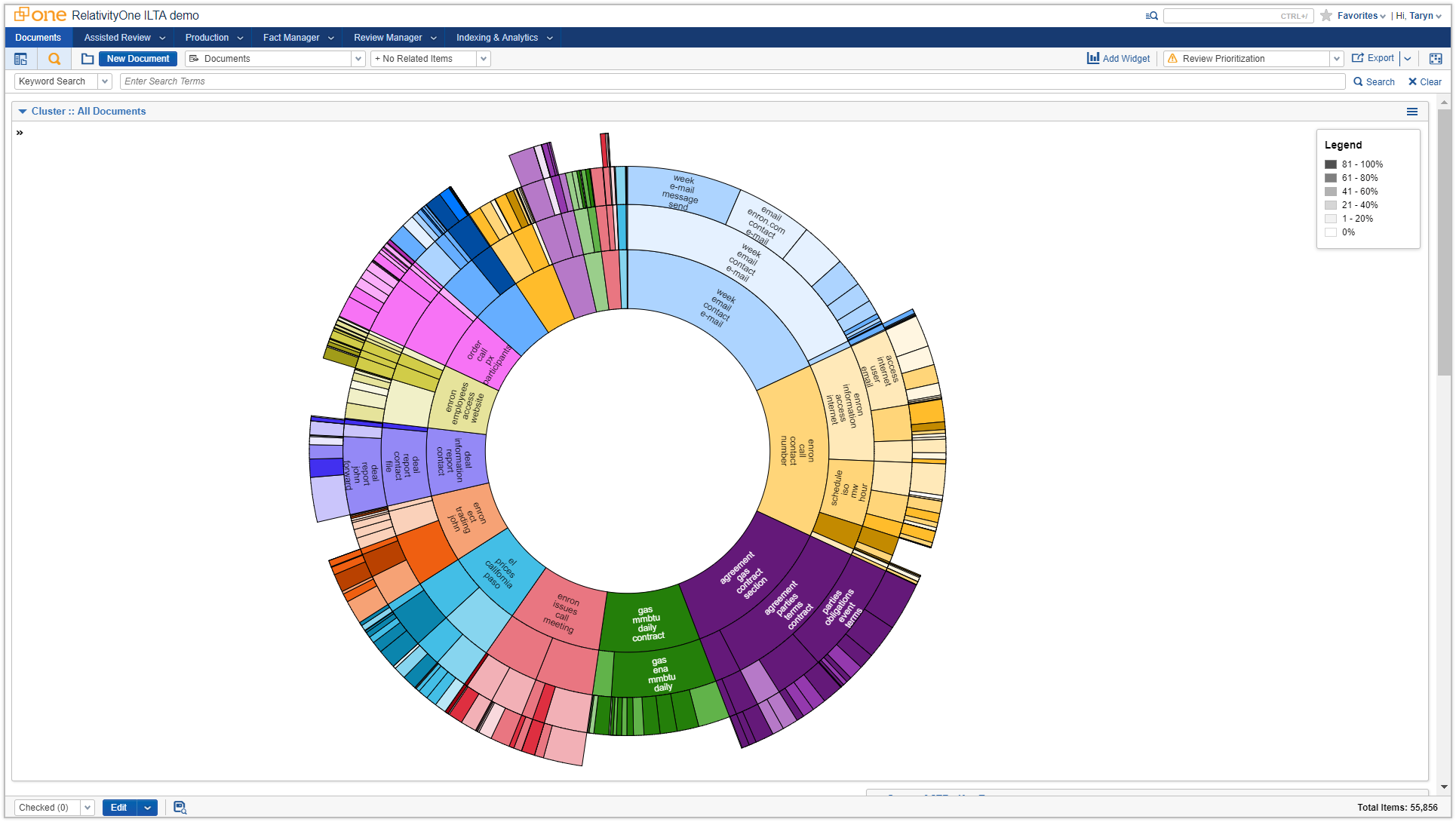 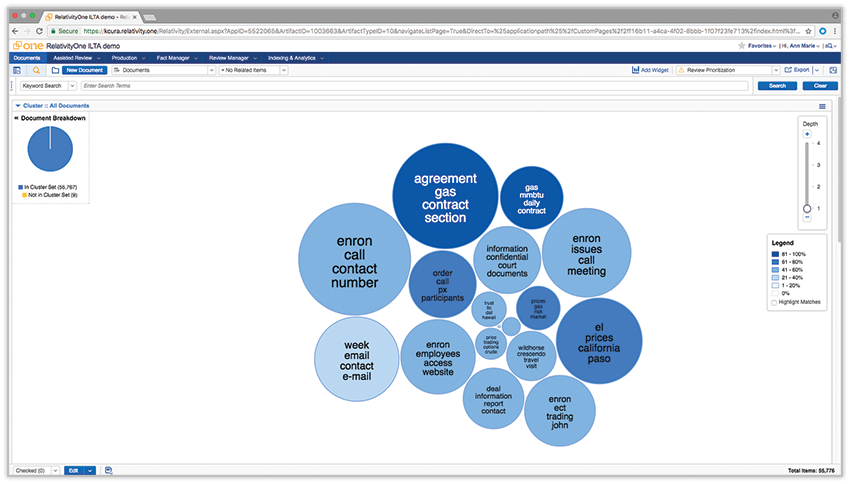 What was once a long-term goal soon became a reality; more people were asking about Analytics and practiced using the tools in their Relativity workspaces.

“A great way to turn a skeptic into a champion is showing them a win with their own data,” Kate said.

"Relativity allowed us to show the power of Analytics in driving efficiency, and ultimately, helped drive adoption throughout the firm."
KATE BAUER, Practice Solutions Architect, Steptoe

In more than 100 years of practice, Steptoe has earned an international reputation for vigorous representation of clients before governmental agencies, successful advocacy in litigation and arbitration, and creative and practical advice in structuring business transactions. Steptoe has more than 500 lawyers and other professional staff across offices in Beijing, Brussels, Chicago, London, Los Angeles, New York, Phoenix, San Francisco, and Washington.