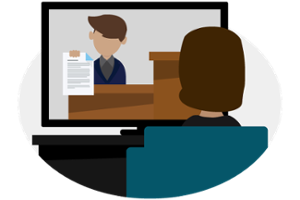 Have you ever found yourself engulfed in a particularly complex episode of Law and Order and thought, “If only Prosecutor Jack McCoy had access to some awesome e-discovery workflows, he wouldn’t have missed the secret foreign marriage license between the defendant and his star witness that cost him the case?”

Of course you have. As e-discovery professionals, our antennae are always alert to a great e-discovery lesson, even if it’s on our favorite television show. While the cases on TV seldom reflect litigation realities, some of our favorite documentaries explore real-life cases and offer valuable opportunities to think about e-discovery through a different lens. And they’re all available online, on demand.

#1: Enron: The Smartest Guys in the Room

In the e-discovery world, we’re served a regular dose of Enron content—from lessons learned to test data. If you’ve ever wanted to dive deeper into the story behind the Enron custodians that haunt demo after demo, this Oscar-nominated documentary is for you. The film, based on the book by Fortune reporters Bethany McLean and Peter Elkind, shows the company’s culture from the beginning of its founding in 1985 to its inevitable demise in 2001. The story walks through a series of cover-ups, as well as telling audio files, and a paper-shredding binge that will leave e-discovery professionals in particular both frustrated and fascinated.

A wrongful conviction will always shake the American justice system to its core, but not every tragedy ends at exoneration. Making a Murderer documents the story of a man who spent 18 years in prison for a crime he did not commit, then faced a murder charge shortly after his release. e-Discovery practitioners will note how undiscovered cell phone data may have changed the course of the murder trial —and everyone who practices law can benefit from a solemn lesson on what’s at stake when justice runs awry.

In Fantastic Lies, director Marina Zenovich explores the Duke University lacrosse team sexual assault case that made national headlines in 2006. Prosecutorial misconduct coupled with direct discovery references as the accused comes across evidence that begins unraveling the case makes this an eye-opening documentary—exemplary of the power of data to lead us to the ultimate truth.

#4: The Human Face of Big Data

“There’s always that moment in data visualization where you’re looking at tons of data. The point is not to look at the tons of data, but what are the stories that emerge out of it?” —Laura Kurgan, Columbia University

As the title suggests, this PBS documentary is a look at the sociological implications of big data—its opportunities, dangers, and democratizing effects. There’s no specific discussion of e-discovery, but it speaks to our profession nonetheless. It reminds us that ours is not the only field seeing the emergence of data scientists, for example. What becomes apparent from case study after case study is how essential data visualization is to the analysis of patterns, as well as the predictive power inherent in large information sets. You might be left pondering how software might help us one day recognize patterns not just in the data set of one case, but multitudes of cases.

Watch it on YouTube or CuriosityStream (an add-on streaming service offering a 30-day free trial via Amazon Video).

Chances are you’ve heard of the hot coffee case: In 1994, an elderly woman spilled some hot coffee on herself and sued McDonald’s over the incident. The average consumer might define the case as frivolous, but the physical documentation and graphic visual evidence uncovered during discovery swayed the jury’s decision in favor of the burned. Throughout the documentary, the struggle between perceptions that are often controlled by the media and the judicial process set forth by our Bill of Rights raises a larger question: Should a court’s decision rest more firmly on evidence or on precedent?

Watch it on YouTube or SundanceNow Doc Club (an add-on streaming service offering a 30-day free trial via Amazon Video).

Take this list home with you and queue up a good documentary to show your family what you do for a living—or set up a viewing party with your team to add a little drama to your internal education program.

What e-discovery lessons did you take away from these documentaries—or other films we’ve missed? Let us know in the comments or @kCura on Twitter.

Myriha Burce is a member of the marketing communications team at Relativity, focusing on industry and customer advocacy.