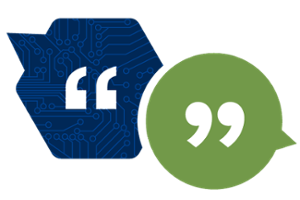 There is no shortage of industries in which artificial intelligence is having an impact—and that’s not likely to change any time soon. What is changing, however, is the nature of AI itself, and the way it influences the day-to-day life and work of your average consumer.

The legal industry is no exception. As we mentioned in a recent look at Only Humans Need Apply: Winners and Losers in the Age of Smart Machines, written by Thomas H. Davenport (who has taught at Harvard Business School) and Julia Kirby (an editor at Harvard University Press), it’s impossible not to see how e-discovery has changed over the last decade as AI and other forms of data analytics hit the legal scene.

Davenport and Kirby, in their analysis of how AI is altering the landscape of everyday life, talk about how augmenting this technology is critical to surviving the changing tides. Specifically, they cite how Ralph Losey—an attorney with a long history in e-discovery and a passion for emerging technology—has managed to “step in” when it comes to this augmentation, engaging with new systems to better understand and improve them over time. We sat down with Ralph to get his insights on this philosophy.

Dean: Why do you think "stepping in" is an important role to play in the legal industry?

Ralph: As Davenport and Kirby explain in their book, the key to continued employment of humans in an increasingly AI-dominated economy is to use AI to "augment" human abilities. In other words, augmentation is the answer to the threat of automation. In my own writings on predictive coding, I call this the "hybrid" approach of man and machine working together with man in control. This uses the predictive coding software to enhance an attorney's own search and review capabilities.

Davenport and Kirby also explain that there are five different ways to use AI for augmentation, as your blog post mentions. The way I have chosen is what they call "stepping in," which they define as "Engaging with the computer system's automated decisions to understand, monitor, and improve them."

This role is nothing new and has always existed as part of technology, as the book also explains. In the personal computer world, we started calling people in the 1980s who did this "power users." I have been such a software user since that time. It grew out of my hobby in the early 80s as a computer user and software programmer. I made games and, later, music programs for my kids and myself, but never sold any. It was just a hobby, and back then all power users like me were also computer hackers, in the original sense of the term, as "tinkerers." We had fun as hobbyists trying out what computers could do. We would naturally build upon each other's work to "understand, monitor, and improve" our home computer systems. We were not afraid to break things—in fact, that was often our goal, and we learned how to fix them, and improve them, when we did.

So in point of fact, what the authors call "stepping in" is nothing more than the well-established "hackers credo" long followed by all good power users of computer systems (see HackerLaw.org). The authors recognize that stepping in is the key of their five steps and say: "This is the option at the heart of what we are calling Augmentation..." (page 77).

For this reason, the computer tinkerer’s role as power user is as important for the legal profession as it is for any other field of human endeavor. We need attorney hackers who, like me, like to work with new software, and like to work with programmers, to "understand, monitor, and improve” these systems. I have always enjoyed that—always enjoyed pushing the limits, finding out how to best use the latest technology.

How have you seen rapidly evolving technology impact the scope of an attorney’s day-to-day activities over the course of your career?

The first big thing I did was to get my own personal computer on my desk. I was the first attorney in Florida to do so, back in 1981, and one of the first anywhere. That changed everything. It empowered me to do my own work, which at first was complex document creation and legal research. It was more efficient to create docs myself, rather than rely on dictation and secretaries. I sought out secretaries as proofers only. They came to me for technical computer help.

Other associate attorneys would make fun of me, in a friendly, somewhat confused way, and call me a "secretary" because I had a keyboard on my desk, which looked like a typewriter to them. The big computer, an original IBM PC, was under my desk.

Overall my position in the small law firm I was in was greatly enhanced by my computer use. Westlaw augmented my research abilities to a tremendous level. I was also pretty good at document creation by the enhancement of being able to edit directly and not go back and forth with a secretary. But the real power base for me was research. It was later broadened to include time and billing software, so I became master of the firm's time entries and billings. That was also very transformative to the practice of law in the late 80s. By the 90s the big changes started to take place in communications, with the first emails and faxes and the first social media—i.e., ABA.net—and then the pre-commercial internet. Again, I stepped in and figured out ways for these new technologies to augment my legal work.

This is essentially what I also did with e-discovery at the turn of the century, and with document review starting in 2006. It is what I'm doing now with the latest AI predictive coding type software, which I love. The technology, the software, is never advanced enough to satisfy me. I always want more. I'm always impatient for the enhancements. Now as a somewhat known attorney I am finally in a position to sit down with the coders, the new software developers, and give them the power user perspective.

What do you think holds legal teams back from “stepping in,” as you have? Do you see their attitudes changing?

The legal teams need to look for and hire more attorneys like me. They are out there. Law firms just need to recognize their value and pay them accordingly.

Many firms now foolishly only try to laterally recruit "rainmakers." They compete with each other over hiring client generators. That is a myopic view. Yes, client generation is important, but this should be a multifaceted approach, and one method is using technology appropriately.

Every firm needs a few attorneys like me who love new technology and can “step in” to use it to augment the firm's legal services. Smart clients already get this. They can see through the posturing that many firms now engage in to try and create an appearance of modernity, including AI. One real hacker lawyer can do a lot and can create real results that clients will appreciate.

Davenport and Kirby mention other ways of succeeding in an AI world: stepping up, stepping aside, stepping narrowly, and stepping forward, in addition to stepping in. What do you think is most common among the legal industry today?

Stepping in, which the authors call the "heart of augmentation" is the most common. I'm hardly unique. Most lawyers today who are e-discovery specialists are “stepping in” types, especially when it comes to the "hands-on" lawyers as opposed to the "theorists."

I don't mean this as a put-down of the theorists, who talk but don't "do." One of my best friends in the field is Jason R. Baron. He would be the first to admit he's not a "stepping in" type, but oh what a great theorist he is. He and other attorneys like him are more of a "stepping up" type.

The other type that I admire is the “stepping forward" types. They are usually found in the e-discovery vendor community. They actually develop the new systems and hardware. They are the true "hackers," and without them “stepping in” types like me would be very unhappy. We always want faster, better. The coders I talk to about new enhancements are "stepping forward" types. So are people like Andrew Sieja of kCura. John Tredennick of Catalyst is another example.

How can established legal professionals build the necessary skills to start stepping in? What should emerging professionals focus on to get a leg up in this field?

In either case, spend time with computers. Nothing comes without hard work. Teach yourself the basics of computers, software, and AI, including machine learning. Attend courses. Read, but most of all, "do." Try out new things. Break things. Learn to "play" with computers. Have fun with it.

If that is not possible for you, then stepping in is not for you. Look at one of the other approaches instead: stepping aside, stepping narrowly, or stepping up.

You have to love technology for stepping up or stepping forward. But if you do love this stuff, then the in and forward approaches will allow you to make the biggest impact. I would love to be a young lawyer starting out today. Oh the great things you will be able to build and do!

Ralph Losey is a practicing attorney with a hyper-focus on e-discovery and emerging legal technology. He has gathered experience in commercial litigation since 1981 and is a principal at Jackson Lewis. Ralph has written more than two million words on the subject of e-discovery, is a frequent speaker at e-discovery conferences and educational sessions, and participates in legal research and scientific studies on artificial intelligence and machine learning.