A Look Back at Past ILTACONs: Using Relativity to Visualize 5 Years of Trends 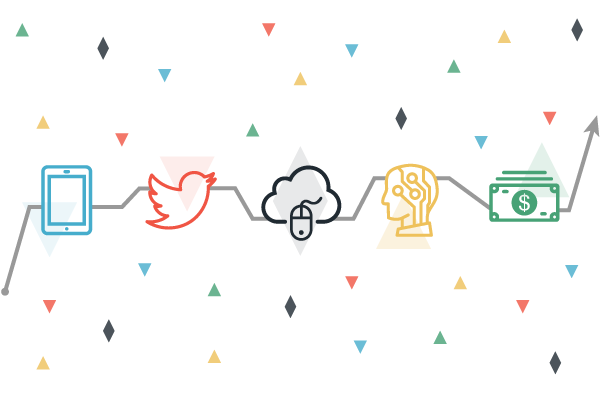 While smaller than events like Comic-Con or Dragon Con, ILTACON can inspire similar levels of enthusiasm among attendees. However, instead of discussing Game of Thrones or Dungeons and Dragons, ILTACON revolves around topics such as forensically sound collections and technology-assisted review. And just as every Comic-Con buzzes with a new hot TV show or character, every year at ILTACON delivers a new hot topic.

As we prepared for ILTACON 2017, we wanted to take a look back in time to see how the legal technology conversation has transformed over the past several years. So, we ran a simple experiment: What would we find if we put the available session materials from past ILTACONs, dating back to 2012, into Relativity?

Using Video and Audio to Help Tell the Story

We started by importing PDFs—using Relativity Integration Points—from past sessions, but we quickly found a ton of session recordings—172 to be exact. Like any e-discovery pro organizing data in Relativity, we needed the ability to analyze these files on a short timeline.

To help us with the task, we used a tool created by Veritone Legal, a Relativity developer partner, to transcribe the audio and video files in Relativity. This allowed us to analyze and visualize these files with the remaining documents to get a full view of the content.

Analyzing Social Data from the Community

Once we got all the documents and recordings into Relativity, we had a lot of valuable data. But part of the story was still missing. We had a trove of information about what ILTA and the presenters were talking about, but what about the attendees? We decided to import Tweets from the past five ILTACON conferences—using each year's official hashtag—to get an idea of what the community thought.

To do this we turned to Anexsys, a Relativity Authorized Partner that's created several custom integrations to extend Relativity's functionality. Their RTK.Message application allows users to import and review message data from enterprise chat and social media sources in Relativity as normal documents. In this case, we decided to group Tweets by day.

Organizing and Analyzing the Results

With thousands of assets from the past five ILTACONs—including 767 PDFs, 172 MP3s, and 35,749 Tweets—we were ready to start investigating the data. We built our Analytics index, organized the data by year, and then ran cluster visualization—using the circle pack, nearby clusters, and the dial—over each of those saved searches.

As we dug into these visualizations, our free form notes were recorded using Fact Manager’s outlines feature. Once we were ready to draw conclusions, we stored them as facts in Fact Manager.

What Did We Learn?

2012: The last year mobile was a major topic of discussion.

While conversations around mobile topics likely continued at ILTACON after 2012, it’s no longer big news. Over the last five years, Apple’s “There’s an App for That” culture has taken off, making it common to use mobile devices for work with most enterprise software available through a mobile application.

2013: Handling Twitter data was a hot topic, and the cloud made its first appearance as a major topic.

Twitter had a big year in 2013 leading up to their IPO in November, so it’s no surprise technology-minded legal professionals were looking ahead to how this emerging data type might impact the legal field.

But the big 2013 milestone—which likely started noise around the cloud—was Microsoft’s launch of Office 365. The cloud-based version of Office has hardly been around for five years, yet it’s become so popular that it accounts for more of Microsoft’s revenue than their traditional version of Office.

2014: Training finally gets the credit it deserves.

Drilling into the subcluster, we noticed an emerging relationship between training and the cloud. With many moving to the cloud, reducing their IT overhead costs, and expanding their e-discovery services, are organizations getting more of their pros trained up on new skills and technology?

2015: IBM Watson appeared as a major theme for the first time.

Though IBM has been working on artificial intelligence (AI) technology for decades and AI-gone-wrong has been the plot for numerous sci-fi movies, it’s only been a factor in business discussions in recent years. It’s debut as a major topic at ILTACON 2015 verifies it’s top of mind for the legal technology community.

Legal fees and billing models have been impacted by technology, making it an important subject for the ILTACON crowd. Last year, it re-emerged as a notable topic as more law firms began changing the way they handle services such as e-discovery.

We’re excited to find out what ILTACON attendees will be buzzing about at this year’s conference. We hope to see you there, but if you aren’t making the trip to Las Vegas, follow @kCura and @DavidHorrigan on Twitter for live updates.