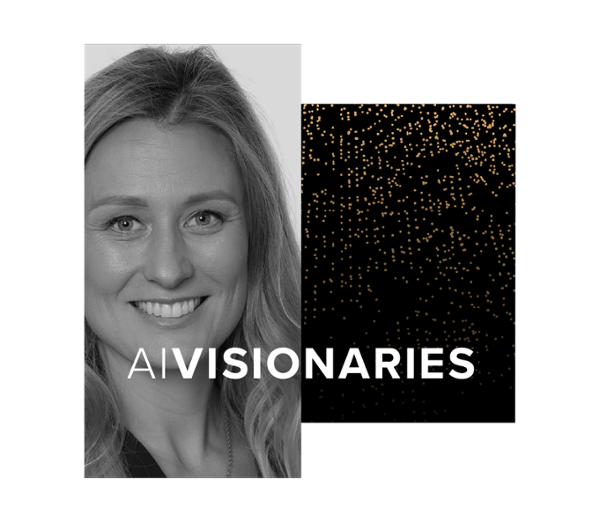 Like many practice areas, antitrust law is under a microscope—and it’s evolving rapidly. At Dentons, Ausra Deluard is doubling down on how to use AI to adapt antitrust work to these changing expectations. She’s also focused on bringing more diverse voices to the table.

What attracted you to the practice of law? Was there a decisive moment or tipping point that drove your decision to pursue a JD?

I love logic and persuading others of that logic—this is fundamentally what lawyers do. I would play logic games in middle school after I finished my homework. I knew I wanted to be a lawyer from a young age, even though I didn’t personally know any lawyers. While both of my parents are refugees and their perception of lawyers was not favorable, I persevered.

Antitrust is a major area of your focus; you have advised clients on a range of antitrust matters and you are currently co-chair of Dentons’s US Competition and Antitrust Group. Could you talk about your introduction to antitrust law? What drew you to it?

Antitrust matters are like logic puzzles; you must examine whether there are likely competitive effects of a potential transaction and identify the elements that support that conclusion. Since those elements are reflected in market dynamics, antitrust work provides an opportunity to learn about new industries and markets and to gain insights into corporate strategic planning. I am grateful for these opportunities to feed my passionate curiosity.

You started working on antitrust matters and investigations over a decade ago—long before antitrust policy and Big Tech became fixtures in the news. How has antitrust law evolved in the last 10 years? How have the stakes have changed as we enter what many have dubbed the “hipster antitrust” movement?

I just had this conversation earlier today with my U.C. Hastings students in our antitrust merger course! When the Horizontal Merger Guidelines were revised in 2010, the DOJ and FTC signaled the departure from a strict structural analysis whose first step involved defining a relevant market and measuring its concentration to adopting other approaches to measure competitive effects.

The Supreme Court antitrust merger precedent from the 1960s and 1970s had reflected the use of antitrust laws to control unchecked economic and political power, a fear of bigness, and a desire to ensure fairness and equity, even at the cost of efficiencies. Sounds a lot like the popular sentiment today! The Biden administration is revisiting modern antitrust analysis, asking questions that reach beyond price effects, and looking closely at more deals.

There has been a changing of the guard at the FTC (Lina Khan) and the National Economic Council (Tim Wu); more recently, Jonathan Kantor, another aggressive trustbuster, was appointed as the DOJ’s antitrust chief. Do you foresee these developments having a chilling effect on mergers and acquisitions? How should these developments be perceived by companies on the cusp of a merger?

The likelihood of undergoing a burdensome and lengthy merger investigation has increased. Deals that would have had almost zero probability of questions in the past now face a less certain timeline to close. However, novel theories must be proven in courts. So, I do not anticipate a chilling effect on mergers and acquisitions until we start seeing court decisions that uphold the enforcers’ theories.

Much of the antitrust discussion has focused on the technology industry in recent years; do you think that companies falling outside of the technology sector will be regulated with the same vigor and enforcement zeal? Will the same standards apply to them as they will to tech companies?

Absolutely. Tech is front and center because of how ubiquitous it is—most people are consumers and familiar with the industry. Same as in healthcare, another enforcement priority area. While other industries may be more esoteric and thus receive less media and political attention, the same rules apply. The treatment of serial acquirers will be a key area to watch for all industries.

AI has already had a transformative effect on a range of industries. The legal industry has been comparatively slow to leverage it. Do you see any structural impediments that keep law firms from incorporating it into their workflows? How can lawyers get around these impediments?

Lawyers tend to be risk averse and slow to change. Most lawyers will not risk trying something new until it has a proven track record. The vanguard adopters have to blaze a trail. Acceptance and possibly even endorsement by the courts could help to shift perceptions, as Judge Peck’s decision did for predictive coding.

You have stood out as an early adopter of AI, in an industry that has been slow to adopt it. Can you take us through how you were introduced to AI?

I spent a week locked in a conference room as a first-year associate reviewing documents for responsiveness. Blurry-eyed during an all-nighter that week, I knew there had to be a better, more efficient—and more accurate—way to identify responsive documents. This drove me to become an earlier adopter of predictive coding, which helped me cut my clients’ costs and timelines. But predictive coding didn’t solve for privilege, which still required armies of attorneys to review documents one by one. I again sought out a better solution and fortunately found it!

As a female partner in one of the world’s most respected law firms, how do you think law firms can foster more diversity in the workplace? What, in your opinion, have been the structural impediments to diversity at law firms, and what are the ways in which these can be removed?

Many firms are focused on numbers, but this is only part of the story. The more important component is whether diverse attorneys are empowered and not just given a token seat at the table, but a voice at the table. A voice that is heard and is respected, in a place where microinequities are actively rooted out and perpetrators are trained to avoid them and reprimanded for continued microaggressions.

Unfortunately, too many law firms have entrenched leadership that is not interested in changing the status quo. Often, the only women elevated in those firms are the women who will stay meek and “fit in.” This reinforces a culture where microinequities proliferate. The New York Times recently (Oct. 14, 2021) evaluated a study   on how a tiny bit of gender bias adds up to materially hurt women’s careers and accounts for the gender disparity in more senior ranks. In my experience, this study is spot-on. I am fortunate to work at a firm today that is committed to truly empowering diverse attorneys as reflected by the many incredible, strong women who continue to inspire me.

Liz Roegner is an account executive at Relativity. Before joining Relativity, she was a practicing attorney with Choate Hall & Stewart LLP in Boston, where she focused on commercial litigation, government investigations, and insurance/reinsurance arbitration.

Briordy Meyers of Boehringer Ingelheim Is an AI Catalyst

Debevoise & Plimpton's Avi Gesser on How AI Inspires the Curious