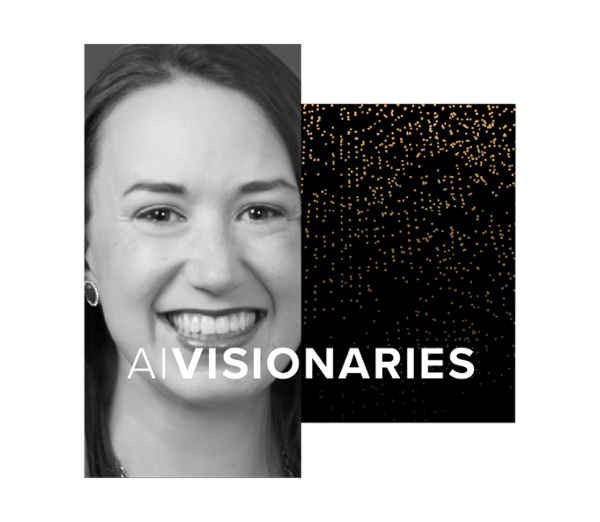 With roots in technology-assisted review and ambitions for AI everywhere, Mayer Brown partner Jessica Maurer has spent much of her career pursuing smarter solutions to the long-standing challenges of antitrust litigation. Now, as the antitrust landscape is poised for change, she’s ready to tackle the new challenges, too.

What attracted you to the practice of law?

Prior to becoming a lawyer, I spent three years working as a TV news reporter and photojournalist in Colorado. I’m a bit of an adrenaline junkie, so it was an amazing gig. I can still vividly recall the energy and excitement that I used to feel when we were chasing breaking news or rushing to get a story finished before a live show.

Although my day-to-day life is a lot different now than it was back then (I can’t remember the last time I stood outside in a blizzard and told people that the roads were icy), when I was ready to hang up my reporting hat, the transition to lawyer seemed like an obvious and natural next step. I have always loved learning about people, asking questions, gathering facts, and telling stories. These are all key components to my current job.

As a lawyer, I get to witness the real impact of my work on a daily basis. I’m no longer just hoping that the story I tell into a camera will inspire change or motivate people to make a difference in their community. During my years in television, I spent my days distilling difficult and complex topics into short 30-second to 2-minute stories that were accessible to viewers with little to no education. I learned how to ask the right questions to get the best nuggets of information from my interview subjects. I learned how to think clearly, and work quickly and effectively, under intense pressure and deadlines. I still use every one of these skills on a daily basis as a lawyer.

Antitrust is a major area of your focus; could you talk about your introduction to this area of law?

It’s funny how life sometimes works out for the best without much planning on our part (or despite our best efforts to plan for a different outcome).

I did not enter law school thinking I would be an antitrust lawyer. I was recruited to my first firm by two University of Chicago Law School alums who were (and still are) prominent antitrust lawyers in Washington, DC. At the time, I thought I wanted to focus my practice on white collar work and internal investigations, which I believed more closely aligned with my reporting background than antitrust. I quickly changed my mind once I got staffed on my first big antitrust merger investigation—a transaction between Eli Lilly and Novartis AG for the purchase of Novartis’ animal health business.

I remember spending hours learning about the animal healthcare industry and the similarities and differences between the parties’ overlapping products. It was fascinating, challenging, and completely different than anything I expected to be doing as a lawyer. Plus, there was a buzz of energy—a sense of excitement—that everyone on the team, business and legal, possessed. The client was eager to get the deal cleared and was excited to work with us to make that happen. It was fun.

While I haven’t had a need for my extensive knowledge of canine flea and tick products since that case, the things I loved about my first deal are the same things I love about antitrust work today: immersing myself in my clients’ businesses and learning about their products and services. I love digging into the nuances of competition in various industries and the creative process of developing arguments for why an antitrust market should be defined a certain way or a deal should clear without restrictions.

There has been a changing of guard at the FTC (Lina Khan) and the National Economic Council (Tim Wu); more recently, Jonathan Kantor, another aggressive trustbuster, was appointed as the Department of Justice’s antitrust chief. Do you foresee these developments having a chilling effect on mergers and acquisitions in the future? How should these developments be perceived by companies on the cusp of a merger?

There are good reasons to expect that it will not be “business as usual” going forward. For starters, both Wu and Khan are founders of the “hipster antitrust” movement, which advocates for the use of antitrust enforcement to address a range of policy concerns beyond the traditional focus on consumer welfare (e.g. protecting labor interests). Given Khan’s role as chairwoman of the FTC, I anticipate that we’ll begin to see the nature and focus of FTC antitrust investigations start to incorporate some of these principles.

For example, as part of second request investigations, I think it will become common for the FTC to ask about the likely impact of a proposed transaction on the employees at each company—which isn’t something that has traditionally been a focus of their investigations. The FTC has already laid the groundwork for this shift by recently voting to rescind a 2015 FTC antitrust policy statement that laid out the framework for enforcing Section 5 of the Federal Trade Commission Act. The now-defunct policy statement indicated that the FTC would be guided by “the promotion of consumer welfare” in determining whether to challenge conduct and would evaluate conduct under a framework similar to the rule of reason. The decision to rescind the 2015 “Unfair Methods of Competition” policy suggests that Khan and democratic FTC commissioners are prepared to walk away from the consumer-welfare standard as the cornerstone of antitrust enforcement.

As for Kanter—who interestingly enough was one of the partners that I worked with as a junior associate at my first firm—I think we can also expect more aggressive enforcement of the antitrust laws than we’ve seen in the past, including investigations opened into transactions that previously would have cleared the review process without a second look. During the 2022 Spring Enforcers Summit, Kanter confirmed that the Agency is “more committed than ever to litigating when [it] believe[s] a violation has taken place” using “the whole legislative toolbox that Congress has given [it].”

“I think we can expect more aggressive enforcement of the antitrust laws than we’ve seen in the past, including investigations opened into transactions that previously would have cleared the review process without a second look.”

Despite all of these changes, I don’t expect a major chilling effect on mergers and acquisitions. Numbers released from the FTC’s Premerger Notification Office indicate that 3,644 transactions were reported under the HSR Act in FY 2021. This is an astounding increase over the 1,637 transactions reported in FY 2020. Clearly companies are engaged in M&A activity despite the new regulatory risks. That said, companies on the cusp of a merger need to expect the unexpected. That’s where I come in.

As an antitrust lawyer, it’s my job to help companies navigate the changing regulatory atmosphere. Hiring experienced antitrust counsel who are knowledgeable about the evolving regulatory environment is critical to being prepared for an antitrust investigation, which is likely going to look a bit different today than the investigations a company may have dealt with in the past.

AI has already had a transformative effect on a range of industries. However, the legal industry has been comparatively slow to leverage it. Are there structural impediments that keep law firms from incorporating it into their workflows? How can lawyers get around these impediments?

I think one major impediment to the legal industry adopting new technology, such as AI, is that a large percentage of the work we do—at least at my firm, Mayer Brown—is incredibly high stakes.

Especially in the antitrust space, many of our litigations are bet-the-company type matters where a mistake or technological snafu can have tremendous consequences for our client. In antitrust merger investigations, when a client receives a second request—which is an enormous request for data relating to the transaction and competition in the relevant industry—it’s typically all hands on deck to substantially comply as quickly as possible.

As a result, our clients are understandably often hesitant to allow us to implement new workflows or try out new technology that hasn’t been widely adopted. Even when clients may be willing, there is often a hesitancy by attorneys to stray from tried-and-true practices that previously resulted in positive outcomes.

I think the key to getting around these impediments is that lawyers need to take the time to familiarize themselves with new and changing technology before a large matter arises. Lawyers need to attend webinars that discuss AI, have conversations with companies who are developing AI workflows for the legal industry, and take every opportunity presented to them to learn about how AI works—including its benefits and limitations.

You can’t counsel your client on how to properly leverage technology that you don’t understand. As lawyers, it’s our job to make sure that we are fluent in the tools available to help us achieve the best outcomes for our clients. At this point, particularly for matters with a large e-discovery component, you can’t ignore AI.

As lawyers, it’s our job to make sure that we are fluent in the tools available to help us achieve the best outcomes for our clients. At this point, particularly for matters with a large e-discovery component, you can’t ignore AI.

As a female partner in one of the world’s most respected law firms, how do you think firms can foster more diversity in the workplace?

This is a topic that is near and dear to my heart and an issue that has been on my mind since I entered the legal profession. It’s critical that law firms focus on retaining and promoting female and diverse attorneys, not just hiring them. While it’s great that an entering first-year class contains a high percentage of diverse associates, if the only attorneys remaining in the fifth or sixth years are white (or male), it’s a problem.

Law firms need to start looking more closely at why people leave. In my opinion, it’s not because diverse or female attorneys are less capable or less interested in the legal work available at large firms. I think one reason that female and diverse lawyers leave law firms is that they aren’t exposed to the same mentoring and sponsorship opportunities as non-diverse associates. Women often leave firms after having kids because it feels impossible to juggle the demands of the job while taking care of small children. That, and women see their male counterparts (who typically take less time away from work for parental leave) advancing while their own promotion opportunities dwindle.

To combat these realities, leadership teams need to embrace the reality that diverse teams are better teams that are able to offer better legal services to clients. Every person in a leadership position needs to be dedicated to getting diverse attorneys the opportunities and support that they need to excel at their job and succeed long-term. And, when life changes happen (such as having a child), firms need to be flexible with attorneys who may be temporarily unable to continue devoting the same number of hours to their jobs as they were previously. Firms need to recognize that better accommodating each attorney’s individual needs, which shift throughout phases of life, will create happier employees and better served clients.

Which historical figure do you most identify with?

Am I allowed to pick a cartoon character? If so, I’m going to say Lucky from 101 Dalmatians. My husband keeps our house about 10 degrees colder than any sane human, so I’m constantly telling him that “my tail's froze and my nose is froze and my ears are froze. And my toes are froze.” I’m sure he’ll be glad when I go back to working in the office full time.

Katherine Lowry from BakerHostetler on Building a Career with AI