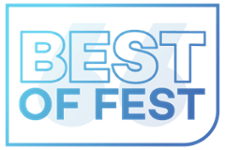 The tenth annual Relativity Fest is in the books. Fest 2019 set new records, including our biggest group of attendees ever—over 2,000—and that does not include the many Relativity employees at our annual celebration of legal technology.

As is our tradition, we’ve compiled some of the great quotes we heard during Relativity Fest. Although we call it “The Best of Fest,” it’s by no means a comprehensive compilation. This writer couldn’t be in every session—and it would be impossible to include all the great moments that occurred during the week.

There are no best practices in mobile; there are only better practices and worse practices. Discovery of mobile data still costs 8 to 12 times as much as traditional e-discovery.

Those of you in this room are the most knowledgeable people in a cutting-edge area. With knowledge comes power, and with power comes great responsibility.

Dean Gonsowski, Chief Revenue Officer, Active Navigation, on the state of mind of some respondents to the Relativity-CTRL Data Minimization Study when David Horrigan noted over one-third of them responded that they understood their data completely:

If you’re doing a production, and 20 percent of the documents are on a privilege log, something weird is going on.

If you’re going to try to clawback stuff, please make sure you clawback all the duplicates.

Ari Kaplan, Founder, Ari Kaplan Advisors, describing the trials and tribulations of lawyers learning technology when describing the glee of his wife (herself a lawyer) upon hearing Ari was able to replace the computer motherboard on their refrigerator:

You’re the best; I knew my mother was wrong about you.

and when asked to name the worst thing about e-discovery:

I think it’s the hyphen.

It’s been a Golden Age for contract lawyers, but it’s coming to an end.

Dan Linna, Senior Lecturer and Director of Law and Technology Initiatives, Northwestern University Pritzker School of Law, on the evolving roles of lawyers and the need to expand access to justice:

There are still plenty of opportunities for lawyers to do well by doing good.

and on the effect of technology on the law:

We lawyers have to keep the machines accountable.

Mary: The GDPR is a blessing.

David: I’ve heard the GDPR called a lot of things. “Blessing” is not one of them. 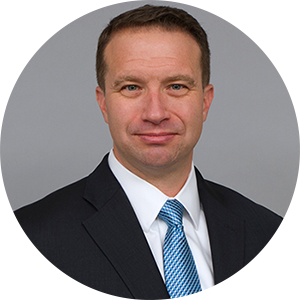 Ask the Three Amigos of the Ukraine matter how well encrypted messaging apps work when investigators have a cooperating witness with an unencrypted device.

After the 2015 amendments, being stupid is not the same as being evil.

Data privacy is a personal cost-benefit choice that we all make. However, if you’re using your face to open your phone and also sending pictures of your face to a Russian face app, then I don’t know how to help you. 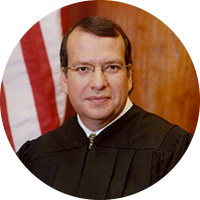 There’s no such thing as a good privilege log. If a judge has to see it, it’s not good.

It’s important to have a proper cybersecurity program, but you can’t be too stringent—if you are, people will just find another way and disregard the program completely.

State of the e-Discovery Union Audience Member when asked to name the worst thing about e-discovery:

Angie Ocasek [a member of Relativity’s partner marketing team and creator of the Tropheo costume] is the best person in the world. She is brilliant and funny, and her exquisite baked goods are arguably the most delicious things on the planet. 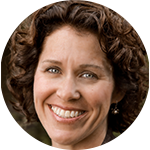 We still have an awful lot of lawyers who don’t know what they don’t know even though we’ve been dealing with these issues since before the rules changed in 2006. A lot of folks haven’t dipped their toes into knowledge no matter how many of us are there putting that knowledge out there.

If you’re defining competence as not getting spoliation sanctions, sure, there’s a lot of competence out there.

Just remember, you are braver than you believe, stronger than you seem, and smarter than you think.