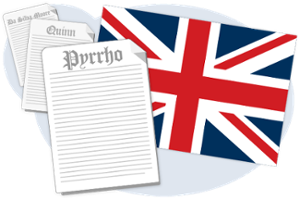 Millnet, an Advanced Discovery company, is using Relativity in a British court-approved use of technology-assisted review, a first for the UK, mirroring opinions from the U.S. and Ireland.

The jurisprudence of e-discovery hit another milestone yesterday as a British court joined courts in the United States and Ireland in approving the use of technology-assisted review (TAR) in litigation.

The February 16 High Court of Justice Chancery Division decision by Master Paul Matthews in Pyrrho Investments Ltd. v. MWB Property Ltd., 2016 EWHC 256 (Ch), is significant for a number of reasons, not the least of which is that it represents a sort of legal role reversal where we Americans—who borrowed most of our legal system from the English—ended up providing the precedent in this one (non-binding precedent, of course).

From common law to stare decisis, our U.S. legal heritage is based on English law. However, e-discovery is one area where the United States makes the law. Not surprisingly, the first known judicial approval of technology-assisted review in e-discovery was an American decision, the February 2012 Opinion and Order in Da Silva Moore v. Publicis Groupe.

Ireland followed in 2015 with Irish Bank Resolution Corp. v. Quinn, [2015] IECH 175, and this week, the United Kingdom joined the TAR party with, Pyrrho, the first known case of an English court approving the use of technology-assisted review in litigation.

We Americans are certainly grateful that our English cousins bestowed upon us such gems of legal clarity as the rule against perpetuities and real property held in fee simple absolute, but now we have given our forefathers technology-assisted review. Unfortunately, the UK court got one description of it wrong—but how many American law students have butchered the rule against perpetuities?

In the decision, the court quotes Edward Spencer, an associate solicitor from Taylor Wessing LLP, one of the law firms in the case:

Now, technically, the assistant solicitor is correct—people do use the terms interchangeably. However, they do so incorrectly. If you learn nothing else from today’s post, remember that predictive coding is a form of technology-assisted review. They are not synonyms.

Of course, we should not be too quick to critique the English associate solicitor. We’ve been dealing with these issues in the States for years, and we still can’t agree on what the terms mean.

This week’s UK decision also brought Andrew Peck to a larger international audience. Known well by U.S. e-discovery practitioners for his active e-discovery jurisprudence and public speaking, Peck is perhaps known most in the e-discovery world as the author of the 2012 Opinion and Order in Da Silva Moore. The Pyrrho court quotes extensively from the U.S. magistrate judge’s Da Silva Moore decision.

Noting, “In England there is not a great deal by way of guidance and nothing in the way of authority, on the use of such software as part of the disclosure [discovery] process,” the Pyrrho court goes on to cite Peck in Da Silva Moore.

In Pyrrho, Matthews cites Peck on the basics of TAR, such as the definitions of precision and recall and the fact that TAR is not some sort of magical Staples Easy Button. The Pyrrho court also cites U.S. District Judge Andrew Carter’s approval of Peck’s decision where Carter joins Peck in giving some love to those primitive keywords:

“Manual review with keyword searches is costly, though appropriate in certain situations.”

When the e-discovery provisions of the U.S. Federal Rules of Civil Procedure were amended at the end of last year, one of the big issues was proportionality. However, noted English legal commentator Chris Dale of the eDisclosure Information Project reminds us the United States isn’t the first to do everything in e-discovery.

As Dale noted last year, “Succeeding UK rules and practice directions have emphasized proportionality and targeted scope in a way which is only now reaching the U.S.”

There’s the obvious answer that it’s the “Da Silva Moore of the United Kingdom,” with the English joining the Americans and the Irish in approving TAR for use in litigation. However, Pyrrho’s importance goes beyond that—and it goes beyond just TAR.

Pyrrho is yet another example showing that e-discovery isn’t just for Americans anymore. Many analyses indicate the international growth in e-discovery is outpacing U.S. domestic growth.

This isn’t to say e-discovery isn’t growing in the States. It is. However, not unlike start-up companies growing at a faster rate than established companies, e-discovery is growing faster in jurisdictions where it’s not as ingrained as it is in the United States.

What it means for e-discovery practitioners on both sides of the Atlantic (and Pacific) is that international concerns, such as data privacy in cross-border data transfers, should be a priority in e-discovery. We’ll be covering developments, such as Microsoft v. United States and the EU-U.S. Privacy Shield to keep you informed of events.

Pyrrho illustrates also that proportionality in e-discovery is an international concept, and that e-discovery cooperation saves litigants time and money. The Pyrrho court noted the parties agreed to the use of TAR, illustrating the software-services symbiosis of an e-discovery service provider—in this case, Millnet, an Advanced Discovery company, using Relativity—working with a software developer and the law firms in the case.

There’s one final unmistakable takeaway from this week’s case: technology-assisted review isn’t going away anytime soon. Its use may not be as extensive as some marketers have hyped, but it’s now engrained in the law.