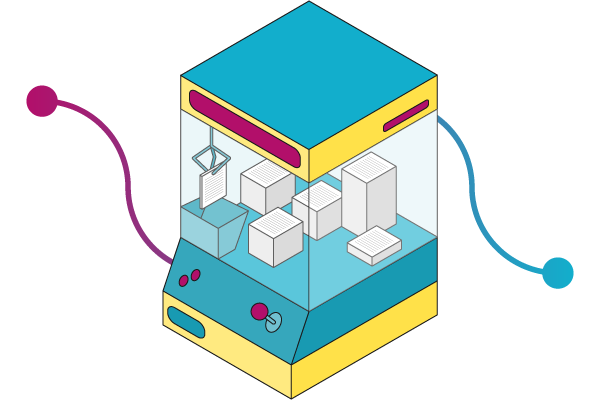 After taking civil procedure in the first year of law school, most students can tell you that Fed. R. Civ. P. 26(b)(1) allows parties to obtain discovery on any relevant, proportional, and nonprivileged matter. If you can get discovery on only nonprivileged information, it stands to reason that if something is protected by the attorney-client privilege, it’s not discoverable.

Not really. As we discussed in the 2016 article “Great Moments in Blowing the Attorney-Client Privilege,” waiver of the attorney-client privilege and the protections of the work product doctrine is a constant threat.

Although some waivers, such as inadvertent disclosure, are familiar to most lawyers and paralegals, the “at issue” waiver is less common.

What happens when you place the privileged information at issue in the case?

It’s the story of what can happen when you subpoena your former lawyers for your file—and then make allegations about those former lawyers in a lawsuit—putting the privileged documents into play.

If this were a normal case, at this point in our story, Sow would simply ask the Fenstersheib firm to send his file to Goldman & Daszkal, and—in the spirit of cooperation we all strive to have as members of the bar—Fensterscheib would send the file merrily along.

However, Judge Matthewman told us about the unusual nature of this dispute.

Instead of merely asking the old firm to send his file to his new firm, after Sow filed suit, he, through his new counsel, served a non-party subpoena on Fenstersheib Law Group, requesting all documents in the Fensterscheib firm’s possession related to its prior representation of Sow.

Perhaps Sow was forced to file a subpoena because the Fensterscheib firm didn’t turn over the discovery until Sow filed a motion to compel and Judge Matthewman issued an order to show cause.

Here’s where things get interesting.

Should Sow be forced to share the documents with the defendant, James River Insurance Company—even the privileged ones?

James River argued it, too, should get its hands on the documents, in part, because of the manner in which Sow went about getting them.

You’ll recall that—instead of asking for his file to be transferred from his old lawyers to his new lawyers—Sow issued a subpoena to his former lawyers. Thus, James River argued that it, too, was entitled to the documents pursuant to US District Court for the Southern District of Florida Local Rule 26.1(i).

Under Rule 26.1(i), James River sought full copies of all the Fensterscheib documents. By filing the subpoena, Sow triggered Local Rule 26.1(i)’s requirement that Sow provide James River with a copy of the requested documents “in the same form or format” as those he received.

Initially, Sow objected to James River’s request, but then produced some of the documents and provided a privilege log for documents withheld pursuant to the attorney-client privilege and the work product doctrine.

James River filed a notice of deposition duces tecum. The “duces tecum” basically means “come to your deposition with stuff”—in this case, all the Fensterscheib documents. Both Sow and Fensterscheib objected, arguing the subpoena sought privileged information and that Sow had not waived that privilege.

“[R]equiring Plaintiff to comply with Local Rule 26.1(i) would be putting form over substance and result in the evisceration of Plaintiff’s attorney-client privilege and work product protections,” Judge Matthewman wrote, adding, “This is not the typical case where a party subpoenas a true non-party and is then required by Local Rule 26.1(i) to provide those documents to the opposing party. Rather, this is a case where Plaintiff subpoenaed his own privileged documents from his prior attorney.”

However, our story does not end there. Rule 26.1(i) was only one of James River’s arguments.

The ‘At Issue’ Waiver

Citing Sun Capital Partners v. Twin City Fire Ins. Co., No. 12-81397 (S.D. Fla. Apr. 22, 2015), the court noted that a party can waive attorney-client privilege and work product protections over the documents “by placing the documents ‘at issue’ in the litigation.”

(2) the affirmative act must “put the protected information at issue by making it relevant to the case”; and

(3) “application of the protection would deny the opposing party access to information vital to its defense.”

The court held—and the parties agreed—that the documents were protected by the attorney-client privilege and the work product doctrine. However, the court held also that Sow placed the withheld documents at issue in the case and that James River had established a substantial need for the documents and hardship if it didn’t get them. Thus, Judge Matthewman held Sow waived the privilege and ordered him to produce the documents.

As we noted above, Federal Rule of Civil Procedure 26(b)(1) permits discovery of only nonprivileged information. However, the rule is not absolute.

Courts sometimes order parties to produce privileged information, and Sow is one of those times. Judge Matthewman is a sophisticated jurist who “gets” e-discovery, and he doesn’t take waiver of the attorney-client privilege lightly.

Those of us who work in e-discovery law have a healthy respect for the danger of obsession over waiver of the attorney-client privilege through inadvertent disclosure. Federal Rules of Evidence 502(b) and 502(d) are the direct result of this concern of privilege waiver in a digital era when terabytes of data are being produced.

However, a major takeaway of Sow is that we should all remember inadvertent disclosure isn’t the only way to waive privilege. Beware of the at issue waiver.

Of course, another takeaway is that—if you can—you should really just ask your lawyers to forward your file when you get new lawyers.

Subpoenaing your lawyer can have unintended consequences.