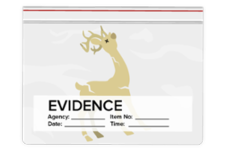 Editor's note: In the spirit of the season, we hope you enjoy revisiting this harrowing holiday tale from 2015.

In bringing you the latest in e-discovery legal developments in 2015, we’ve seen electronic evidence discovery continue to become a ubiquitous part of everyday 21st Century life.

But what about Christmas?

Can e-discovery and the legal doctrines related to the discovery of evidence be part of a festive holiday season, too?

Believe it or not, a trip through the law libraries of America illustrates that yes, discovery has even infiltrated Christmas as we examine the serious legal issue of reindeer spoliation.

Monroe Johnson and his paramour, Brandy, were visiting a local Wal-Mart store one day during the festive Yuletide season. Brandy would later have the honor of becoming Mrs. Monroe Johnson, a development with legal significance later in our holiday tale.

As Monroe and Brandy meandered innocently about the winter wonderland that is Wal-Mart during the holidays, a Wal-Mart employee accidentally knocked decorative reindeer off a very high shelf.

Not unlike an ex-con Comet, a derelict Dancer, and a rabid Rudolph under the command of a drunk part-time JCPenney Santa, the decorative reindeer came soaring from above, crashing right into Monroe Johnson.

Monroe sustained some injuries in the assault by the rogue reindeer, but he survived. Of course, that’s not the end of our story.

Nothing says, “Merry Christmas!” quite like bringing in the lawyers and suing someone, and that’s just what Monroe and Brandy Johnson did.

The Johnsons sued Wal-Mart Stores Inc. in Texas state court in Jefferson County, arguing Wal-Mart was negligent. Even though Brandy had not been accosted by the flying reindeer, she got to join that reindeer game called litigation because—when Monroe and Brandy were joined in holy matrimony—they were also joined as putative plaintiffs.

During discovery, the Johnsons asked to inspect the offending reindeer. Wal-Mart offered to produce facsimile reindeer, but the Johnsons wanted the real thing. There was some significance to this reindeer litigation standoff.

You see, Morton claimed the alleged holiday tortfeasors were wooden, weighing up to 10 pounds when they went crashing into him. Wal-Mart countered that the precious little reindeer were nothing more than papier-mâché, weighing only five to eight ounces each.

However, Wal-Mart had a problem. The reindeer were nowhere to be found. Wal-Mart had sold some of them into loving homes, while others—broken in the crash to the floor during the Johnsons’ Christmastime at Wal-Mart—were simply thrown away.

As a sanction, the trial court had an adverse inference instruction to the jury—basically telling the jurors that because Wal-Mart failed to preserve the reindeer, they should assume the missing reindeer would support the Johnsons’ side of the story.

With that instruction, the jury returned a $76,000 verdict for the Johnsons, and Wal-Mart appealed.

An intermediate state appellate court upheld the judgment in a split decision, and Wal-Mart continued the litigation to the Texas Supreme Court in Wal-Mart Stores Inc. v. Johnson.

Raining on the Reindeer Parade

However, our Yuletide tale doesn’t end happily for the Johnsons.

In addition, the Lone Star State’s high court held that—because the instruction likely swayed the jury because it portrayed Wal-Mart as a sinister spoliator—it likely had a prejudicial effect on the jury.

Thus, the Texas Supreme Court reversed both the trial court and the appellate court and sent the case back.

Okay, it probably comes as absolutely no surprise that we brought you this case because it’s the holidays, and that’s the time of year we should analyze discovery cases about flying Christmas reindeer.

However, Johnson v. Wal-Mart Stores Inc., has more important takeaways than that, and—even though the reindeer weren’t exactly electronic—the concept of destruction of responsive evidence in the regular course of business versus spoliation of evidence is an important one that transcends the chasm between the digital and brick and mortar worlds.

The two-pronged standard in Texas has a large loophole because it protects potential spoliators by sanctioning them only if: 1) the destruction of the evidence was deliberate, or 2) there was a failure to produce relevant evidence or explain its non-production.

When pursuing a spoliation claim, remember that destruction in the usual course of business can be a tough hurdle to cross—even if flying Christmas reindeer are involved.

Inside Out: 5 Questions In-house Counsel Should Ask Outside Counsel