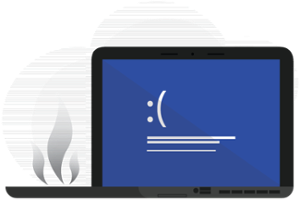 Two technological events bring fear and loathing to many of us: trying to trade in a defective mobile phone, and walking up to our personal computer and finding it’s fried—in the words of Dickens, dead as a doornail.

In a significant week for e-discovery case law, we’ve had two decisions over the past few days where these hassles have landed litigants—including an attorney—in the hot water of e-discovery sanctions proceedings.

Let’s start with that mobile phone.

Overtime at the Iron Rooster

When Maria Priola retired in 2014 and closed Maria’s Sicilian Ristorante & Café at Annapolis, Maryland’s picturesque City Dock, the coastal capital lost a tradition of over four decades. However, a new tradition moved quickly to take its place.

The Iron Rooster opened in Maria’s old space with a different concept: breakfast all day.

Shortly after the restaurant opened, Erin Montgomery joined the staff, starting as a bartender. Things seemed to be going well. Montgomery quickly became a manager, and critics crowed about the cuisine.

However, soon all was not rosy at the roost.

Despite having the title of manager during part of her tenure, Montgomery claimed her primary duties involved non-exempt, non-managerial tasks and that she worked 16 or more hours a day, six days a week.

Not surprisingly, the Iron Rooster countered that during most of her tenure, Montgomery was a manager exempt from the FLSA overtime provisions. The case soon became an e-discovery matter.

The Iron Rooster wanted to show that—even when Montgomery didn’t have the title of manager—she performed as an exempt employee, so it sought text data from Montgomery’s mobile phone, an HTC device on her mother’s plan with Verizon Wireless.

Montgomery testified her phone began malfunctioning on or about August 15, 2016. She said she had to wait for Verizon to send her a shipping box and shipping instructions. She produced documentation verifying the phone was deactivated in August, shipped in September, and her mother’s account finally credited for the trade-in in October.

As part of this process, Montgomery’s contacts were saved, but her text messages were lost. She claimed she didn’t know she had a legal obligation to preserve the phone data.

The court found Montgomery’s testimony on the missing evidence credible, but added it did not “relieve her of her responsibilities under Fed. R. Civ. P. 37(e),” noting—with some irony—that Montgomery’s counsel had requested the Iron Rooster preserve its electronic evidence two months before her phone began malfunctioning.

However, Montgomery had somewhat of a savior in the 2015 amendments to Rule 37(e) because—although US Magistrate Judge A. David Copperthite (D. Md.) said Montgomery failed to take reasonable steps to preserve electronically stored information (ESI) that should have been preserved—in his May 9 report and recommendation, he recommended a finding that she lacked the requisite “intent to deprive” for the most severe sanctions under the new rule.

Nevertheless, Judge Copperthite recommended an instruction to the jury that Montgomery had a duty to preserve potential ESI, but failed to do so. Copperthite said the court may further instruct the jury on any inference to draw based on whether the Iron Rooster could show there were, in fact, relevant texts and that they would have been favorable to the Iron Rooster’s position.

Meanwhile, in what US Magistrate Judge A. Kathleen Tomlinson (E.D.N.Y.) called “the ultimate deterioration of the attorney-client relationship,” Michael and Nicole Distefano sued their lawyer, Barbara Katsos, alleging legal malpractice in a bankruptcy proceeding.

While representing the Distefanos in 2009, Katsos’s office computer crashed, and what the court described as Katsos’s “somewhat primitive retention protocol” came back to haunt her.

The Distefanos moved for spoliation sanctions, and “litigation about litigation” ensued, with the court having an evidentiary hearing and motion practice on alleged spoliation due to the failure of Katsos’s computer system during her representation of the Distefanos. Katsos’s testimony during the spoliation hearing illustrates the nature of the problem.

Question: Did you ever initiate some form of litigation hold?

A: No. I'm not familiar with the term.

Q: Okay. Did you, upon finding out that there was an adversary proceeding that had been filed against you, take any affirmative steps to save information?

To further complicate matters, Katsos said she was “amazed” she did not find more relevant emails upon searching for relevant data in preparation for the malpractice case. She contacted AOL, her email provider, only to be told by an AOL technician that AOL “had no ability to save emails past the 27-day mark” unless she had taken some sort of affirmative act.

So, we have no legal hold, an office manager playing Solitaire, and a dearth of email because they had never been saved—while the consumer-grade email service did not archive them. Could it get any worse?

Why, yes it could.

One morning in 2009, Katsos went into her office and found her computer screen blue. Her freelance computer technician diagnosed it as the blue screen of death (BSOD).

The technician told her the data were gone and that the prognosis was grim if not completely fatal. He said the only option was computer forensic recovery which, in his opinion, probably wouldn’t work, and for which she would have to pay considerable sums up front with almost no chance of success.

Of course, many members of the Relativity community would tell you the deadly blue screen isn’t always fatal, but the technician in this case replaced the defective parts and maintained client confidentiality by drilling holes in the defective hard drives.

Although it’s been a year and a half since the 2015 e-discovery amendments to the Federal Rules of Civil Procedure took effect, the Distefano litigation has been going on for a while, which means the first question in Judge Tomlinson’s legal analysis was which version of Rule 37(e) to use.

Citing US Magistrate Judge James Francis IV’s decision in Cat3, LLC v. Black Lineage, Inc., 164 F. Supp. 3d 488 (S.D.N.Y. 2016), the court noted that for cases filed before the December 1, 2015, effective date of the amendments, courts have discretion on which version of the rules to use based on what is “just and practicable.”

Courts have split on the issue, and Judge Tomlinson went with the old version of Rule 37(e) for three reasons: 1) the parties briefed the motion under the old rules, 2) the evidentiary hearing was conducted under the old rules, and 3) the relevant conduct took place over seven years before the new Rules 37(e) went into effect.

Although some may have interpreted the use of the old Rule 37(e) as opening the door for stiffer sanctions, the court spared Katsos the most severe sanctions because, the court believed, her actions were not in bad faith, noting she was licensed to practice law in 1997 after a lengthy career as an educator, and that she had no training in using computers in a law office context.

The court cited also: “(1) her position as a solo practitioner utterly naive about her obligations to preserve electronic evidence and (2) her total reliance upon and complete delegation to an outside consultant the responsibility for setting up and maintaining the computer system in her office.”

However, the court said Katsos did act with the requisite culpable state of mind, with her actions being negligent, but not reaching gross negligence. Thus, the court ordered her to pay attorney fees and costs as a sanction.

Why Iron Rooster and DiStefano Matter

These two cases provide a veritable cornucopia of teachable moments in the field of e-discovery sanctions jurisprudence: