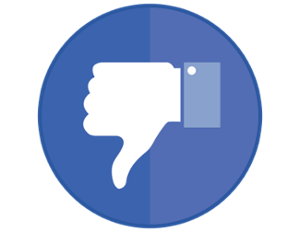 This article, written by kCura’s David Horrigan, was published previously in Legaltech News.

In an age of advanced analytics and technology-assisted review in e-discovery, much has been made of the limits of keyword search.

We’ve always been skeptical of attempts to use the 1985 Blair and Maron study to argue that keyword searches are only 20 percent accurate. However, keyword searching does have its limits, and the 10th US Circuit Court of Appeals’ decision last week in Xiong v. Knight Trans. shows those limits apply to e-discovery of social media as well.

Pahoua Xiong and her spine had a rough time on America’s highways and byways in 2009 and 2010. In May 2009, she was merging onto Interstate 76 in Colorado when her vehicle collided with a Knight Transportation truck, and in September 2010 she was injured in a second car wreck.

Xiong sustained a compression fracture in her spine in the first accident with the Knight truck. In that collision, Xiong’s car was forced into the median, causing it to flip multiple times, and her spine injury was exacerbated in the second mishap.

Xiong sued over both collisions, and in her suit against Knight Transportation, a jury found Knight 60 percent at fault and Xiong 40 percent at fault. Thus, the trial court reduced Xiong’s $832,000 jury verdict to $499,200 before interest.

Knight Transportation moved for a new trial, arguing the company should have been allowed to present more evidence on the subsequent collision and that there was insufficient evidence for the damages award.

In addition, Knight argued that—based on evidence found after the trial—Xiong had committed fraud upon the court.

From where did this allegedly damning evidence come? It’s 2016. Why, Facebook, of course.

Fraud on the Court?

Xiong and her friends and family testified at trial that her injuries limited her activities, and she claimed her injuries required her to take five to six Percocet tablets a day.

However, in addition to a drug test that revealed no opiates in her system—as Percocet would have left—after the trial, a paralegal employed by Knight Transportation’s counsel found a photo of Xiong on her cousin’s Facebook page.

Although Xiong testified the collision caused her Percocet-popping pain that limited her life activities, the paralegal’s Facebook find led to the discovery of photos purporting to show Xiong clubbing, taking trips to Las Vegas, and smiling happily with friends at homes, restaurants, and at a wedding.

As a result, Knight Transportation’s counsel hired a private investigator to follow Xiong and record her daily activities.

Knight appealed to the 10th Circuit, but the company fared no better there, with the appellate court affirming the district court’s denial of the motion for a new trial.

In affirming the denial of the new trial on the grounds of the newly discovered Facebook evidence, the 10th Circuit relied on the five-pronged test it articulated in Dronsejko v. Thornton, 632 F.3d 658 (10th Cir. 2011). Under Dronsejko, the moving party must show:

(1) the evidence was newly discovered since the trial;

(2) the moving party was diligent in discovering the new evidence;

(3) the newly discovered evidence was not merely cumulative or impeaching;

(4) the newly discovered evidence is material; and

(5) that a new trial with the newly discovered evidence would probably produce a different result.

Dronsejko, 632 F.3d at 370. Although the court questioned how material the Facebook evidence was under the fourth prong, where Knight Transportation’s argument really went careening off the freeway was under the second prong—whether the company was diligent in discovering the new evidence.

The 10th Circuit conceded that the trucking company’s claim it didn’t know about the Facebook evidence was credible because Xiong’s name was “misspelled” on her Facebook page. Thus, the keyword search for Xiong’s name on Facebook came up empty.

“The district judge found no reason for Knight's delay in having Xiong surveilled at any point before or during trial when it surely would have been relevant. We agree. Whether this omission was a tactical decision or oversight, it was hardly diligent. There was no abuse of discretion,” Circuit Judge Terrence O’Brien wrote for the three-judge 10th Circuit panel.

If there were ever a case illustrating why keyword searching alone is a bad practice in e-discovery, Xiong is it. The misspelling of Pahoua Xiong’s name on her Facebook page prevented Knight Transportation from discovering Xiong’s alleged partying evidence until it was too late.

Moral of the story: keywords serve a purpose in e-discovery, but using keywords alone can get you into trouble. Misspellings are one of the biggest reasons for recall failures in keyword searching, and Xiong illustrates why that’s a problem.

Xiong dodged an e-discovery bullet here. Unlike the grieving widower in a non-grieving t-shirt (and his lawyer) who got into trouble with the court for cleaning up a Facebook page in Lester v. Allied Concrete Co., 83 Va. Cir. 308 (2011), Xiong suffered no legal consequences for her Facebook posts that seemed to contradict her damages claims.

Not only does Xiong illustrate the weakness of using keyword search without other e-discovery tools, the case also shows the importance of thorough social media e-discovery early in a case.

Had Knight Transportation performed extensive social media e-discovery early in the case, it would have found the evidence it needed and perhaps hired the gumshoe before it was too late.

Although the keyword search weakness in finding Xiong’s misspelled Facebook name was unfortunate for Knight, one wonders why there was no narrowly tailored document request for the relevant Facebook data.