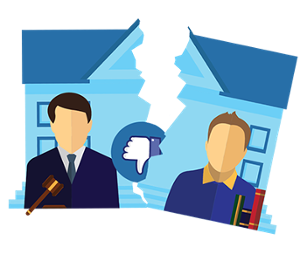 As December 1 approaches, some lawyers and e-discovery custodians with server farms housing acres of unwieldy, unstructured, and perhaps even unknown data may be looking to the holidays with visions of sugarplums dancing in their heads.

After all, unless the U.S. Congress does something bizarre, the 2015 e-discovery amendments to the Federal Rules of Civil Procedure will go into effect, and the new Fed. R. Civ. P. 37(e) will make it more difficult for pesky plaintiffs and other discovery requesters to get them sanctioned for e-discovery failures.

One of this year’s more notable e-discovery cases, D.O.H. v. Lake Cent. Sch. Corp., No. 2:11-cv-430 (N.D. Ind.), examines some of the vital issues of the day, including school bullying and what kids put on Facebook—but that’s not why we’re discussing it on our annual judicial panel at Relativity Fest next week with e-discovery luminaries Judges Fischer, Peck, Rodriguez, and Waxse.

Instead, what makes it interesting for our purposes is that it shows us that sanctions for really bad behavior in e-discovery will continue despite the amendments to the Federal Rules.

David Osama Haddad, known in court papers as “D.O.H.,” and his parents sued the Lake Central School Corp. in November 2011, alleging Haddad sustained physical and emotional damages resulting from being bullied by fellow students at Indiana’s Lake Central High School. In the summer of 2012, the school corporation served requests for production and requests for admissions, and Haddad responded in an untimely manner.

Among the evidence sought in the requests were social media data and audio and visual files of music Haddad had created. The school and Haddad haggled over the production, and—when the parties couldn’t reach an agreement—the court granted in part a motion to compel filed by the school.

In January 2014, the court ordered Haddad to produce a variety of social media data, including profiles, postings, status updates, groups joined, activity streams, and other data in the relevant time period “that reveal, refer, or relate to any emotion, feeling, or mental state, as well as communications that reveal, refer, or relate to events that could reasonably be expected to produce a significant emotion, feeling, or mental state.”

Haddad produced a portion of his Facebook data, but the school objected, arguing Haddad excluded several data types from those requested and had failed to produce a privilege log.

Haddad later supplemented his production with about 85 pages of redacted material, but it still didn’t include all data Facebook allows users to download. Haddad had given his former counsel access to his Facebook account at the beginning of the litigation, and Haddad claimed his former attorney had decided what to produce.

At Haddad’s deposition, counsel for the school district showed him Facebook data he had failed to produce. Haddad admitted he may have deleted some vulgar comments that others had posted shortly after he was allegedly assaulted at school, but said it was before litigation began.

Haddad then retained new counsel and proceeded to produce another 1,415 pages of Facebook data. The only problem was that over 1,000 of the pages were redacted completely. The school district argued Haddad, through both his previous and current counsel, had failed to produce as ordered, destroyed data, and failed to produce a privilege log. They sought sanctions—including dismissal of the action—to address the problem.

Straw that Broke the Camel’s Back?

In deciding whether to sanction Haddad for his—or his lawyers’—misdeeds in e-discovery, the court relied on Fed. R. Civ. P. 37(b)(2), which provides for several types of sanctions for failing to comply with a court order, including striking pleadings, staying proceedings, and the granddaddy of them all: dismissal of the entire suit.

Haddad conceded that he had violated the court’s discovery order by failing to produce his complete Facebook profile, but he blamed his former counsel and cited Second Circuit precedent in Ransmeier v. Mariani, 718 F.3d 64, 71 (2d Cir. 2013), where the court held, “The rule that the sins of the lawyer are visited on the client does not apply in the context of sanctions.”

However, the district court reminded Haddad he was in the Seventh Circuit—not the Second—and noted that both U.S. Supreme Court and Seventh Circuit precedent had held a litigant could, in fact, be held liable for sanctions for his lawyer’s bad acts.

If an attorney's conduct falls substantially below what is reasonable under the circumstances, the client's remedy is against the attorney in a suit for malpractice. But keeping this suit alive merely because plaintiff should not be penalized for the omissions of his own attorney would be visiting the sins of plaintiff's lawyer upon the defendant.
Link, 370 U.S. at n. 10.

However, all hope was not lost for Haddad.

Citing the Seventh Circuit’s opinion in Domanus v. Lewicki, 742 F.3d 290 (7th Cir. 2014), the court said the most severe sanction of dismissal was warranted only for “exceptional misconduct” or when other less severe sanctions were unavailing, adding the court must “weigh not only the straw that finally broke the camel’s back, but all the straws that the recalcitrant party piled over the course of the lawsuit.” Domanus at 301.

Though Haddad managed to avoid a dismissal, he wasn’t off the hook completely.

The court did issue sanctions, ordering Haddad to make a supplemental production and to pay the school district’s reasonable attorney fees and expenses stemming from the discovery dispute.

As Gal Davidovitch noted in the 2008 Seton Hall Law Review comment, Why Rule 37(e) Does Not Create a New Safe Harbor for Electronic Evidence Spoliation, Rule 37(b)(2) differs fundamentally from Rule 37(e) in that in Rule 37(b)(2), “the court is sanctioning the party for violating a court order and not specifically for destroying evidence.”

Thus, it’s important to note that the current Rule 37(e) didn’t protect David Osama Hassad from sanctions for failing to produce his Facebook data—and neither will the new Rule 37(e). Rule 37(e) was amended in an attempt to protect parties from the burdens of over-preservation—not from the burden of complying with court orders.

Next Monday at Relativity Fest’s judicial panel, we’ll look forward to hearing what Judges Fischer, Peck, Rodriguez, and Waxse think about the Federal Rules amendments—and whether they think they’ll need to use Rule 37(b)(2) for sanctions on those spoliators with sugarplums dancing in their heads.