Federal Rules and Regulations: Judges and the FTC at Legaltech West Coast 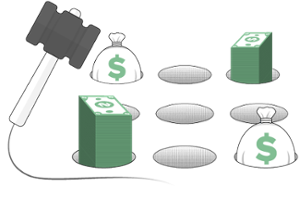 This article was originally published in Legaltech News.

John Stuttard, ALM’s recently appointed senior vice president of global events, kicked off the conference, introducing Dahdouh, who made it clear the FTC would continue to take an active role in data protection, especially after the commission prevailed in its litigation in FTC v. Wyndham Worldwide Corp.

In 2005, the FTC began bringing administrative enforcement actions for cybersecurity breaches against companies the commission believed had deficient protections for consumer data. One of those actions was against the Wyndham hotel chain over data breaches the company sustained during 2008 and 2009.

The commission believes it has the authority to bring these actions as both an unfair trade practice and a deceptive trade practice under the Federal Trade Commission Act at 15 U.S.C. § 45(a).

However, in Wyndham, the hotel chain argued the commission lacked the authority to bring the enforcement action. Among other things, Wyndham argued it was the victim and that it should not be punished for the actions of nefarious hackers.

Nevertheless, Dahdouh said the FTC had an important role to play in protecting consumers from data breaches, and he explained the commission’s legal position to a standing room only audience at Legaltech.

Of course, Wyndham is by no means the only company to run afoul of the FTC vis-à-vis data protection. Dahdouh included the commission’s enforcement action against Snapchat in his remarks.

He noted that in In re Snapchat Inc., the commission alleged the makers of the mobile messaging app deceived customers about the ephemeral nature of its messages. (Guess what? The messages don’t always disappear forever.) The commission alleged also that security weakness in the app’s Find Friends feature allowed hackers to obtain records on 4.6 million users. Snapchat settled.

Not only did Dahdouh discuss the importance of the FTC’s data breach enforcement authority, he offered best practices to help protect against data breaches, including limiting the number of employees handling sensitive data.

“Does the cashier at one of a company’s retail stores really need access to your company’s HR data?” Dahdouh asked.

Dahdouh offered additional best practices, some coming from recommendations from the FTC Big Data reports in 2012, 2014, and this year. Among the suggestions were segmenting networks, voiding collection of data you don’t need, and not keeping data longer than needed.

Finally, Dahdouh reminded the audience about a data privacy issue often overlooked by legal technology professionals: paper. He noted that paper, too, could be a security risk.

The Judges on the Rules

In the judicial session moderated by Maureen O’Neill, Senior Vice President at DiscoverReady and entitled, “Judicial Perspective: Six Months In, Are the New Federal Rules Having the Intended Effects?”, Judges Dembin, Laporte, and Peck discussed the effect of the e-discovery amendments to the Federal Rules of Civil Procedure, which went into effect on December 1 of last year.

The judges discussed various aspects of the new rules and how they might—or might not—affect the practice of law, with cooperation and proportionality, not surprisingly, being major topics.

The judges agreed that fostering cooperation among counsel in discovery was an important goal of the amendments, with Peck noting it was the fist time a chief justice of the U.S. Supreme Court had called for a “culture change” while commenting on amendments to the Federal Rules in a year-end report.

Laporte added another important reason for paying attention to the Committee Notes.

“Whether you feel like reading the Advisory Committee Notes or not, judges do,” Laporte said.

One of the concerns about the new rules was that the amended proportionality amendments to Rule 26(b)(1) would create a new Daubert, a reference to Daubert v. Merrill Dow Pharm, a U.S. Supreme Court case establishing the criteria for the admissibility of expert evidence.

Critics have bemoaned the ubiquitous Daubert hearings on admissibility, which some call “litigation about litigation.” The concern with the e-discovery rules is that litigants will litigate about proportionality in discovery instead of the merits of the case—making litigation more expensive, not less.

“I think doomsayers predicting proportionality will become the new Daubert with litigation on litigation are full of it,” the judge said.

Of course, e-discovery disputes will happen, and when they do, Laporte called for counsel making objections to come up with solutions.

“If you object to a request, come up with an alternative; this is not the time to Just Say No,” she said.

Although Dembin conceded that some observers have seen the amendments as a “solution in search of a problem,” he told the audience he was a big fan of the new Rule 34(b)(2), an amendment designed to, among other things, curtail boilerplate objections and compel parties to be specific in their objections.

As he said with proportionality, Dembin said the new Rule 34(b)(2) should not be a cause for concern for most lawyers.

“The new rule will only hurt sloppy lawyers, not good lawyers,” he said.

Peck cautioned counsel to be careful in their objections to discovery requests.

“If you say a discovery request is incomprehensible, you’d better be right, and the request better not be a mirror-image of one you’ve used before,” Peck said.

So are the amendments having the intended effect?

Dembin said he hadn’t seen a lot of change, adding that the rules hadn’t seeped in with many lawyers.

However, he added that judges were paying very close attention to the amendments, noting that another goal of the changes was to get more active judicial case management, which he believes may get parties to sit down and talk.

“The best way to get a case settled is to set a trial date,” he said.