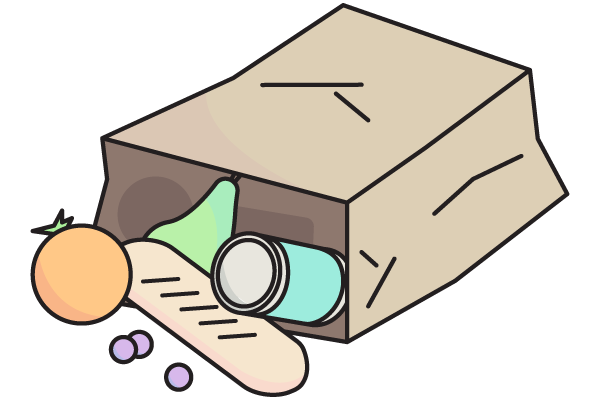 e-Discovery self-collection—the practice where “custodians,” the people whose data is sought in a legal matter, collect their own data for production—has always been discouraged.

Now, a prominent federal magistrate judge, Hon. William Matthewman (S.D. Fla.), has held that, not only is the practice discouraged, it’s a possible ethical violation. You can hear Judge Matthewman discuss the vital data law issues of the day when he returns to our Judicial Panel during Relativity Fest on September 22.

As for e-discovery self-collection, what can happen when you let people collect their own data? Let’s take a look.

One of the employees bringing that food to Jumbo’s customers was Angela Araujo Guerrero.

At one time, Ms. Guerrero was the cook manager, and she received a salary increase. However, the arrival of Felipe Peralta as general manager did not bode well for Ms. Guerrero’s future at Jumbo.

Ms. Guerrero alleged that, shortly after Mr. Peralta’s appointment, Ms. Guerrero arrived at work to find a much younger woman doing her job.

Ms. Guerrero had no idea she was allegedly being put out to pasture.

She alleged that she was brought into an office at Jumbo where Mr. Guerrero asked her to remove her company apron and said something along the lines of “Old lady, what are you doing here?”

Ms. Guerrero alleged that Mr. Peralta told her that was she was too old for her job already and that it was time for her to rest—but he added that she could stay as an assistant to her replacement, at reduced pay.

Ms. Guerrero’s former manager—who now managed the smaller Jumbo—saved the day and gave her a job at his store, but alas, Mr. Peralta eventually took over that store and fired Ms. Guerrero, once again allegedly hurling insults, including: “Look old lady, we have to give opportunities to new people. Old lady what is it that you are looking for here? … It’s time for you to rest.”

Ms. Guerrero filed a charge of age discrimination against Jumbo with the Equal Employment Opportunity Commission (EEOC), and the EEOC sent Jumbo a Letter of Determination on March 20, 2019, finding reasonable cause to believe that Jumbo discriminated against Ms. Guerrero because of her age.

The EEOC attempted to effect voluntary compliance from Jumbo with “conciliation, conference, and persuasion” under Section 7(b) of the federal Age Discrimination in Employment Act of 1967 (ADEA), 29 U.S.C. § 626(d).

Unable to secure a satisfactory a conciliation agreement from Jumbo, the EEOC sued Jumbo’s parent company, M1 5100 Corporation, in federal court, alleging Jumbo’s reduction in pay and termination of Ms. Guerrero constituted an unlawful firing because of her age, in violation of Section 4(a) of the ADEA, 29 U.S.C. § 623(a).

During discovery, it was revealed that Jumbo allowed some of its employees who were subject to legal hold and had responsive data—“custodians” in e-discovery lingo—had been allowed to collect their own data for the EEOC litigation.

“This issue of ‘self-collection’ of discovery documents, and especially of ESI [electronically stored information], by Defendant [Jumbo] in this case, without adequate knowledge, supervision, or participation by counsel, greatly troubles and concerns the Court,” Judge Matthewman wrote.

Citing the requirement of Fed. R. Civ. P. 26(g), which requires an attorney to sign and certify that her client’s disclosure is “complete and correct as of the time it is made,” the court said there was no way a lawyer could certify under Rule 26(g) if the lawyer allowed self-collection.

“There is simply no responsible way that an attorney can effectively make the representations required under Rule 26(g)(1) and yet have no involvement in, or close knowledge of, the party’s search, collection, and production of discovery,” the judge wrote.

In addition, Judge Matthewman made it an ethical issue.

“It is clear to the Court that an attorney cannot abandon his professional and ethical duties imposed by the applicable rules and case law and permit an interested party or person to ‘self-collect’ discovery without any attorney advice, supervision, or knowledge of the process utilized,” he added.

The judge did not slap Jumbo with sanctions, saying that—because the discovery cut-off date was still five months away—he would give Jumbo “one last chance to comply with its discovery, search, collection, and production obligations.”

Judge Matthewman cited the Sedona Conference and the 2015 Year-End Report on the Federal Judiciary by Chief Justice of the United States John Roberts for the proposition that parties and counsel should cooperate more in the discovery process.

With that in mind, the judge ruled—along with other discovery rulings—that the parties file a joint notice regarding ESI, adding that the conferral process must be “robust, completed in good faith, and must take as long as necessary to fully address all discovery search, collection, and production issues.”

“Failure to comply shall result in sanctions on the offending attorney and party,” the court wrote ominously.

Why the Jumbo Imbroglio Matters

Before we get to the discovery issues in the Jumbo matter, it’s important to note that age discrimination is a real, and often unrecognized, issue. It’s also an issue affecting more people than you might think. After all, the ADEA covers people age 40 and older.

In fairness, we should note that—although the EEOC issued a letter of determination—the court has not yet ruled on the merits of the case.  Perhaps Jumbo committed no age discrimination. Nevertheless, age discrimination is an important national issue.

“According to the EEOC, more than six in 10 workers age 45 and older have seen or experienced age discrimination in the workplace. In addition to being oppressive to the individuals involved, it’s a huge detriment to any team to go without the important perspectives offered by people of every age group and background,” Cassandra Blackburn—Relativity’s head of inclusion, diversity, and belonging—explained. “In the business world, we are accountable for creating a version of success that makes upward mobility possible for everyone. This opportunity for growth is a cornerstone not just of our economy, but of individual fulfillment. Being told you can’t continue to grow and contribute because of your age is wrong. Unfortunately, it’s a reality for far too many.”

Judge Matthewman made a general reference to the 2015 Year-End Report by Chief Justice Roberts. Although the judge did not reference a specific section of the report, we can’t help but think he had these words of the chief justice in mind:

I cannot believe that many members of the bar went to law school because of a burning desire to spend their professional life wearing down opponents with creatively burdensome discovery requests or evading legitimate requests through dilatory tactics. The test for plaintiffs’ and defendants’ counsel alike is whether they will affirmatively search out cooperative solutions, chart a cost-effective course of litigation, and assume shared responsibility with opposing counsel to achieve just results.

The chief justice is certainly correct. Do you know anyone who toiled through law school with dreams of a career dedicated to playing Whack-a-Mole with responsive data?

Judge Matthewman made a point of noting that he wasn’t suggesting Jumbo’s counsel had acted in bad faith or committed discovery misconduct.

However, the judge was being kind. Had the question been whether Jumbo’s counsel was competent in e-discovery and fulfilling the ethical obligations of a lawyer, it would be a different issue.

Readers of The Relativity Blog or our Data Discovery Legal Year in Review know that e-discovery self-collection is a really bad idea.

We think Judge Matthewman is correct in making the reliance on e-discovery self-collection an ethical issue.

For instance, the State Bar of California’s Formal Opinion 2015-193 gives lawyers three choices if they are stumped by e-discovery: (1) learn it, (2) associate with technical consultants or counsel who do know it, or (3) decline the representation of the client.

Taking the case and letting your client self-collect electronically stored information is not among the options. Frankly, in 2020, lawyers should know better. Courts have been addressing it for years.

When it comes to e-discovery and the law and technology involved in its practice, the words of that great American philosopher, Brad Hamilton, from Fast Times at Ridgemont High, come to mind:

High-Tech Hearsay: Can a Computer Be a Person for Legal Purposes?

Does Checking Sports Scores or TikTok on a Work Computer Violate Federal Law?