Hollywood, New Orleans, and a Gumbo of e-Discovery Bad Behavior 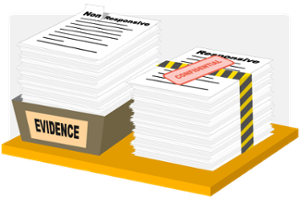 Hollywood and New Orleans have a long history together. From Marlon Brando and Vivien Leigh in A Streetcar Named Desire to Ellen Barkin and Dennis Quaid in The Big Easy to Tom Cruise in Interview with the Vampire to Julia Roberts and Denzel Washington in The Pelican Brief, New Orleans has been the scene of many memorable movies.

But not all of Hollywood’s adventures in New Orleans have gone so well.

With a complex plot and participants who could come straight out of Central Casting, the story of a film producer’s tax credit for renovating a crumbling pre-Civil War mansion on the edge of the French Quarter into a film production studio has triggered civil litigation and criminal prosecutions.

Not only that, the saga has resulted in a decision last week from U.S. District Judge Katherine Polk Failla (S.D.N.Y.) reminding us that—despite the 2015 amendments to the Federal Rules of Civil Procedure—federal judges still have the ability to hand down severe sanctions for bad behavior in e-discovery.

Peter Hoffman may not be a household name, but you’ve probably heard of some of the films he played a part in producing. Hoffman, a tax lawyer, a graduate of Yale Law School, and former law clerk to a federal judge, served as president and CEO of Carolco Pictures, the company that—before its demise—produced major motion pictures such as Total Recall and Basic Instinct, as well as box office flops, such as Showgirls.

Hoffman went on to found London-based Seven Arts Entertainment, and as Carolco and Seven Arts produced Hollywood feature films, the city of New Orleans and the state of Louisiana made moves to make the Bayou State and the Crescent City major destinations for motion pictures.

In addition to its vibrant culture, colorful history, jazz, and delicious food (and drink), one of the ways Louisiana entices film producers is through the Louisiana Motion Picture Incentive Act, which provides tax credits to support the state’s film industry.

Hoffman took advantage of the tax credit, along with his wife, Susan, and Michael Arata, also a lawyer and film producer. Arata, in addition to being a prominent member of the New Orleans cultural community and the husband of former New Orleans deputy mayor Emily Arata, is also an actor, having appeared in multiple films, including 2011’s Lucky, where he appeared as “Man with Piña Colada.”

The Hoffmans and Arata used the tax credit law to renovate the historic, but dilapidated, Whann-Bohn House at the edge of the French Quarter, retaining the mansion’s antebellum charm while turning it into a modern film postproduction facility.

However, the story of a New Orleans modern-day renaissance did not have a happy ending.

Although U.S. District Judge Martin Feldman later overturned many of their convictions, accusing federal prosecutors of “mean-spirited hype,” the Hoffmans and Arata were convicted of fraud in their use of film tax credits in transforming the mansion.

The criminal prosecution wasn’t the only legal imbroglio over this Hollywood-New Orleans saga.

Among the veritable cornucopia of e-discovery bad behavior allegations were:

The court found Peter Hoffman’s responses to these allegations unpersuasive, and responding to a part of Hoffman’s testimony on the discovery issues, Judge Failla said, “I have to say, that’s not something I’m buying in the least.”

The judge found Peter Hoffman in contempt of court, stating that he had a “flagrant disregard” for the court’s discovery orders. Specifically, Judge Failla ruled Hoffman:

Peter Hoffman wasn’t the only one to face Judge Failla’s wrath for the discovery abuses. She found Seven Arts counsel acted in bad faith, and sanctioned him by ordering him to pay some of Arrowhead’s discovery expenses, writing, “No attorney with knowledge of the allegations in this case could believe” some of his representations about the discovery problems, and finding some of his arguments, “specious.”

Writing that Hoffman’s discovery misconduct was “as deep as it is wide,” the court sanctioned the Seven Arts defendants with issue preclusion, ruling that Seven Arts had forfeited its argument challenging the court’s jurisdiction because of the discovery abuses. The court also ordered the Seven Arts companies to pay some of Arrowhead’s legal expenses, and—showing its displeasure with defense counsel—ordered Seven Arts to retain a second outside counsel to supervise the discovery process.

The e-discovery fact pattern in this case is admittedly unusual. It’s rare to see a matter where the discovery misconduct—as Judge Failla put it—is as deep as it is wide. Most e-discovery matters don’t involve a judge finding both a litigant and its counsel acted in bad faith.

However, even though this gumbo of e-discovery bad behavior may be an unusual outlier, it’s still important. First, it shows e-discovery abuses can get a litigant held in contempt of court. Second, it shows the sanctions can be severe—issue preclusion can often make or break a case.

Finally, there was a great deal of concern that the 2015 e-discovery amendments to the Federal Rules of Civil Procedure—most specifically, the amendments to Fed. R. Civ. P. 37(e)—would take the teeth out of sanctions and encourage bad, or at least sloppy behavior in e-discovery. In fact, we’ve examined a recent case where a $25 million verdict survived intentional spoliation.

However, as we’ve noted before, judges still have many tools for sanctioning e-discovery abuses—and the consequences for wayward litigants can be severe.