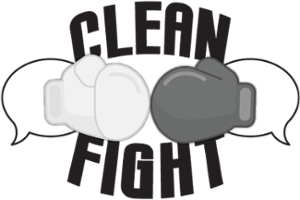 The United States’ adversarial court system—in which two representatives advocate for their clients’ positions before a judge or jury—places the responsibility of proving or disproving a case on the parties involved. There are strengths to this system—namely, it creates strong advocates and an open forum for anyone to voice and address their concerns. But it’s not always the most enjoyable way to conduct a legal inquiry, is it?

Given the way opposing counsel are pitted against each other to duke out the logic (or lack thereof) in one another’s positions, an adversarial setup can sometimes look like a modern trial by combat—one in which the violence is reduced to verbal weaponry.

Attorneys find creative, collaborative ways to combat this difficulty. With a goal of making litigation as painlessly successful for their clients as humanly possible, they often pursue case strategies that focus on their party’s strengths—not their enemy’s weaknesses. And e-discovery makes an excellent forum for doing just that.

Benefits of an Adversarial System

The adversarial system of law is designed to preserve the rights of even the guilty by providing a fair and open venue for all parties to argue their case. In criminal litigation, this means that the prosecuting body is required to prove—in most cases, beyond a reasonable doubt—to judge and/or jury, the guilt of the accused, despite the accused’s arguments to the contrary. By presuming innocence until the prosecutor is able to prove otherwise, the court seeks to preserve the rights of the individual throughout a trial.

In a civil context, “through the adversary system we provide a social process through which a person with a grievance against another can petition the government for redress in a peaceable fashion,” according to the Chapman Law Review. Although very few people would call litigation a pleasant process, it’s certainly preferable to individuals dueling over their disagreements, or corporations performing actual battle against one another to resolve disputes.

“The best feature of an adversarial legal system is that it empowers both sides to seek the truth,” notes Christian Levis, an associate at Lowey Dannenberg Cohen & Hart. “Plaintiffs and defendants have an opportunity to present their case, subject to challenge from the other side, for evaluation by a neutral third party. Sure, it’s not always perfect, but that’s a pretty fair way to resolve a dispute.”

Still, though it’s designed to protect the rights of the individual and preserve the interests of both citizens and organizations, the adversarial system does, by nature, pit two parties against one another. Organizations such as the American Bar Association (ABA)—as well as state and local bar associations—put an incredible amount of time and effort into codifying proper ethics for attorneys, and discipline for those who break the rules is thorough.

Nevertheless, while working within the rules laid out by governing bodies and professional organizations, each lawyer must decide where the line between aggressive advocacy and just plain aggression lies.

From a community perspective, Christian makes an interesting point about how the adversarial legal system can help lawyers keep one another honest: “The adversarial system is a check on bad behavior because there are consequences that the other side can use to their advantage should something unprofessional or unethical occur.”

Writing for the ABA’s solo, small firm, and general practice division in late 2010, Brian L. Tannebaum is blunt about the nature of civil litigation: “Nothing causes a nasty fight like a theoretical pile of money on a conference table.”

In his article, Brian writes that he is embarrassed by the requirement for so many bar associations to provide specific civility and professionalism rules to guide the conduct of their members. “That we look to the formal rules for guidance on how to behave and everything not mentioned there is fair game is a large part of why we ‘enjoy’ the reputation we have today,” he says.

He goes on to recommend that each attorney focus instead on a personal code of ethics—one that goes above and beyond the bar associations’ guidelines and encourages such human civilities as leaving room for “agreeing to [deadline] delays out of courtesy” or “start[ing] with the premise that new opposing counsel are normal human beings and will act with courtesy and professionalism.”

Andrew F. Amendola, in an article for the Harvard Negotiation Law Review in 2010, seems to agree with this assessment. He describes the nature of legal negotiation without mercy:

The methodology of negotiation has long been associated with aggressively adversarial tactics. This competitive, attacking, often ego-driven style, known as the adversarial style, is characterized by hard-bargaining, aggressive techniques. Most adversarial negotiators view the process as a zero-sum, win/lose prospect, and opposing counsel as a warrior opponent in a battle of wits … The adversarial negotiator’s typical approach involves making high demands, stretching facts, attempts to outmaneuver the opponent, intimidation, and an unwillingness to make concessions.

He then discusses the possible effects of undue aggression on the client: “Clients are typically in the midst of extremely stressful circumstances when they seek attorneys’ counsel … and often experience … pain, guilt, regret, frustration, and hatred of their circumstances. The adversarial perspective fails to address these feelings because it operates in a binary, win/lose fashion.”

Of course, there are consequences beyond the individual engagement. Twenty years earlier, Thomas M. Reavley wrote in the Pepperdine Law Review that “a common topic today among lawyers, particularly trial lawyers, is the increased resort to unfair tactics and intimidation by some of their adversaries.” He notes that borderline unethical conduct simply “makes life and the practice of law unpleasant and unhealthy,” in addition to defeating the lawyer’s purpose of “serving public justice.”

If the traditional interpretation of the adversarial system does too often err on the side of aggression, can it survive that way forever? Either way, modern drivers toward cooperation are starting to make more collaborative legal discourse more compelling.

Ever-growing data volumes that complicate e-discovery are one of the primary drivers for stronger cooperation. As companies and individuals continue to add more voluminous and diverse data to their daily activities, e-discovery is an ideal place to “trim the fat” from ballooning litigation spends.

“As you practice more in a certain area you tend to see the same people over and over again,” says Christian Levis. “Cooperating where appropriate makes sense in this regard, since you will likely have to work with your adversary again at some time in the future. In the best case, developing a good working relationship with someone can save everyone—including the clients—time and money. So everybody wins.”

The most expensive component of e-discovery is often review. The amount of time, manpower, and resources required to evaluate thousands—or even millions—of documents for relevance to a matter and to protect the attorney-client privilege is intimidating. Technology has come a long way in mitigating this spend—tools like text analytics mean accelerated review and a more holistic understanding of case data. But case teams can do more to make the most of their efforts.

In 2013, Bruce R. Kaliner and Erica J. Dominitz wrote about this in The New York Law Journal: “The good news is that there are steps parties can take—together—to streamline the costs associated with discovery. These require the parties to be open-minded and to work together to try to negotiate agreements that will be mutually beneficial.”

Today, such open-mindedness is even on the judicial books. As Jana Landon described last year in The Legal Intelligencer, the 2015 amendments to the Federal Rules of Civil Procedure set the expectation for cooperation via “direct communication” because the parties “share in responsibility for achieving the ‘just, speedy, and inexpensive determination’” of each matter.

Federal judges have been outspoken about the new drive for cooperation to support proportionality in e-discovery. Times are clearly changing—and even if the change happens slowly, progress is being made.

In addition to judicial mandate, Jana notes that:

Any increase in cooperation will necessarily be client-driven. There will, of course, always be situations where clients are interested solely in tenacious counsel who will fight every point for an advantage, strategic or otherwise. Corporate clients, however, are increasingly demanding that their counsel engage cooperatively to reduce discovery costs and minimize disputes. Indeed, companies have long realized that the waste associated with a “scorched earth” approach may not be in their best interest.

Professional organizations and think tanks such as The Sedona Conference also recognize cooperation as an increasingly important tactic by which attorneys can better serve their clients before, during, and even in lieu of trial.

Although the day-to-day behaviors and habits of practicing attorneys might rightfully be dictated solely by their own conscience, the larger culture of the practice of law in the United States appears to be on the verge of a paradigm shift. It may take some time to change this culture altogether, but the trend has begun—and it’s not isolated to the States, either. If it’s for the good of all parties involved, the next question is whether the trend can become the standard.

Daniel Wyatt, an associate at Reynolds Porter Chamberlain who worked on the UK’s Pyrrho case—a case well known for exceptionally effective cooperation between parties—emphasizes the necessity of careful, customized judgment when it comes to cooperating with opposing counsel:

It entirely depends on the case and the personalities involved, but I think there is a general trend towards greater cooperation rather than towards being more adversarial. The difficulty is deciding how best to serve a client's interests in any given situation, which will involve assessing the personalities involved on both sides of the table and the strengths of their respective positions.

Another litigator involved with the Pyrrho case, Edward Spencer is an associate at Taylor Wessing who takes a firmer stance on the inherent benefits of cooperation between adversaries:

Unless being cooperative might damage your client's position in some way then cooperation is likely to be in their best interest and should be the default position to take. Apart from circumstances where it is mandatory, there is often mileage in being cooperative with opposing counsel as it is rare that that a genuine advantage can be obtained by being difficult without cause.

Do you see cooperation having a positive impact on the practice of law, or does adversarial aggression seem inevitable? Let us know in the comments or @RelativityHQ on Twitter.