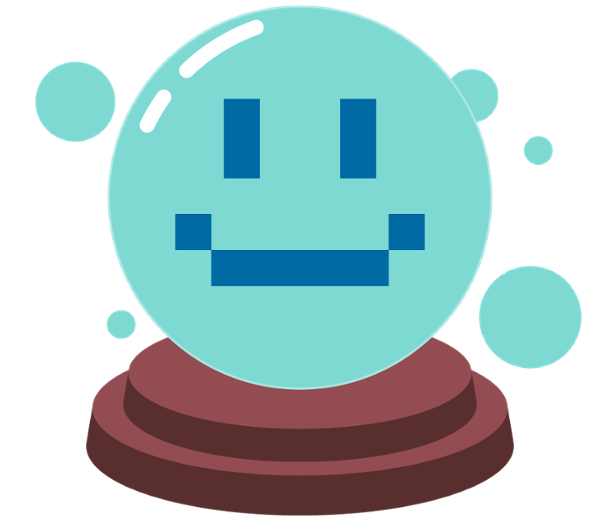 I’m no stranger to artificial intelligence. I've evolved from being scared of AI—thanks to the Oscar-nominated movie Ex-Machina—to being genuinely curious about how this can affect my day-to-day life. Artificial intelligence has blown up in the last two years, and not just in e-discovery and tech industries—it's weaseled it’s way into my personal life as well.

I’ve been a fan of artist SZA since she came out with her first album. The popular singer/songwriter focuses her lyrics around being in love and, often, the pain and heartache that comes with it (I can draw parallels to the e-discovery world on that, but that’s a blog post for another time).

I’ve been binging her new album SOS, when I heard the phrase “let’s talk about AI.” I told myself, “You’ve been working too much on the AI Visionaries program; there’s no way SZA just brought up AI,” and decided to look up the lyrics. Imagine my shock when I saw:

Let’s talk about AI, robot got more heart than I
Robot got future, I don't
Robot get sleep, but I don't power down

Now that AI had “entered the chat” of my morning walks, I decided to sit down with some of our Stellar Women community to get their take on just how much AI is about to infiltrate our lives.

AI Is No Stranger to e-Discovery

“AI has been simmering in e-discovery for the last 10 years, starting with organizations being tentative at best to some flat out turning their nose up at it,” Mary Mack of EDRM said. “Now these naysayers are taking a hard second, third, or even fourth look at AI adoption in their day-to-day workflows.”

Previously, there was a belief that there’s no place for technology in the law (The Honorable Judge Andrew Peck said so himself in this dramatic interpretation), but clearly the rapid evolution of e-discovery has disproven that. In fact, if we take a look back, technology started to infiltrate the legal space starting in the 1950s with the dictation machine. From there, innovative new technologies continued to develop and be adopted. From fax machines, to computers, to email, to software assisting with case management software, and finally, to where we are today: end-to-end solutions that streamline the entire e-discovery process.

When I sat down with Kelly Friedman for a Stellar Women podcast, she said that she was learning about AI when she was pregnant with her daughter, who recently turned 18. As an experienced lawyer, she had the foresight to see that the introduction of new technology would greatly impact the volume of evidence, which would greatly impact a lawyer's time and ability to find relevant documents for their cases. In her research, she realized very quickly that AI would become a tool that we add into the fold to sift through the new mountains of evidence in a digital world.

But there’s a different hesitancy that accompanies artificial intelligence in the legal landscape, or as Mary Mack coined it “technophobia.” There’s a hesitancy to adopt this new technology, for fear it will replace those who are doing some manual work.

Here to Help, Not Replace

The threat of AI taking jobs from human workers has worried society for over a decade. In college, I was a social worker, and we rarely focused on technology affecting our field. However, I remember an entire class being taken over by a discussion on what jobs would be entirely filled by technology. Most circled around blue collar jobs, but this fear has begun to impact knowledge workers as well.

Tidio recently conducted a study that gauged people’s openness to incorporating AI into their day-to-day lives. They found that 68.5 percent of respondents with graduate degrees are most afraid of losing their jobs due to artificial intelligence.

“AI is going to replace people, if you don’t use it,” said Kaylee Walstad. “AI still needs people to optimize it. If you stay still and don’t move with technology, that’s when you run the risk of getting left behind.” In legal technology, we’re seeing AI becoming a crucial tool for wading through the millions of documents now drawn into many cases, as well as the changing shape of that data.

While I was chatting with Kelly Friedman, we also discussed some attorneys being worried that AI will miss crucial documents—that AI won’t find everything. To which Kelly says: “we were never perfect without AI, and we won’t be perfect with AI.”

Recently, I saw a LinkedIn post that combined a few of my favorite things: Taylor Swift, female thought leaders and legal tech. Anna Lozynski was the brilliant brain behind this post, shown below.

Both of these insights hit the nail on the head on the sentiment of AI in legal technology. Bottom line? It’s a tool to get us back to being subject matter experts, rather than being bogged down in manual tasks.

Where Do We Go From Here?

It’s become apparent that must have innovative technology in the legal field to provide the best level of service to clients. The American Bar Association passed Rule 1.1 of its Model Rules of Professional Conduct, citing that “a lawyer should keep abreast of changes in the law and its practice, including benefits and risks associated with relevant technology.”

Mary Mack predicts that, “Once something [AI in this case] hits the mainstream or ‘regular’ media, lawyers who were more fearful may make the leap.” In 2023, I predict that AI will be more deeply embedded into our day-to-day workflows.

Now to leave you with a burning question: was this written by me or by ChatGPT? That’s a secret I’ll never tell...

Graphics for this post were created by Kael Rose.

Subscribe to The Relativity Blog to Join the Conversation

Don't miss a beat on the latest in legal tech, professional development topics, and stories that inspire..

Blair Cohen is a program manager on Relativity's brand team, where she focuses on telling compelling stories, leading our Stellar Women program, and representing the company with energy and enthusiasm.

Tales from the Field: How Organizations Approach Cloud and New Ways to Think About It

We're All Talking About AI: Following Our AI Visionaries Through 2022