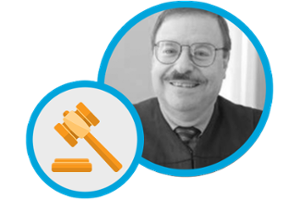 "The case law has developed to the point that it is now black letter law that where the producing party wants to utilize TAR for document review, courts will permit it." – US Magistrate Judge Andrew Peck, March 2, 2015

Well, not so fast.

In an Opinion and Order [subscription required] yesterday in Hyles v. City of New York, No. 10 Civ. 3119 (S.D.N.Y. Aug. 1, 2016), Judge Peck denied a party’s request to use TAR. Hyles provides two important lessons for the e-discovery practitioners looking to get the advantages of TAR:

Suit and the City

Pauline Hyles, an employee of the New York City Finance Department, sued the city, alleging racial discrimination in violation of state and federal law. Discovery in the case was delayed—first by a pending motion to dismiss and then by what Judge Peck described as an apparent lack of effort by counsel to move the case forward until faced with an already extended discovery deadline.

When discovery finally got going, it didn’t go well.

Hyles and the city had a major discovery dispute, and the case was referred to Judge Peck, who held a discovery conference last week. The parties disagreed on the relevant date range for discovery as well as the appropriate number of custodians. The tumult turned also to TAR.

For e-discovery, Hyles and the city had initial discussions about using keywords, but Hyles’ counsel proposed using TAR as a more cost-effective and efficient method of obtaining electronically stored information from the city.

However, the city declined, in part because its counsel believed that—given the contentious nature of e-discovery negotiations in the case—they didn’t believe the parties could cooperate sufficiently for the TAR process.

As we discussed yesterday in our analysis of last week’s 10th Circuit decision in Xiong v. Knight Trans., using keywords by themselves in e-discovery search can have limitations. Judge Peck sees these limitations as well, writing, “Hyles absolutely is correct that in general, TAR is cheaper, more efficient, and superior to keyword searching.”

However, despite the limitations of keywords and the benefits of TAR, keywords carried the day yesterday.

In his Hyles order from yesterday, Judge Peck acknowledged the quote at the top of this post—acknowledging his Rio Tinto position on producing parties’ freedom to use TAR if they desired. However, he cited also a footnote of dicta from Rio Tinto:

"In contrast, where the requesting party has sought to force the producing party to use TAR, the courts have refused," Judge Peck wrote.

However, the judge conceded that those courts refusing to force a producing party to use TAR (in Kleen Products and Biomet) were considering cases where producing parties had already spent considerable time and money, where in Hyles, the city had not yet invested considerably in keywords.

Nevertheless, Judge Peck refused to order the city to use TAR.

He noted that it was fair to consider him a “judicial advocate” of using TAR in appropriate cases and that cooperation in e-discovery was important. However, in denying the application to compel the city to use TAR, Judge Peck cited Sedona Principle 6:

“Responding [producing] parties are best situated to evaluate the procedures, methodologies, and technologies appropriate for preserving and producing their own electronically stored information.”

Although the judge acknowledged that the 2015 amendments to the Federal Rules of Civil Produce emphasized the need for cooperation, he said cooperation didn’t dictate the use of TAR in Hyles:

“Cooperation principles, however, do not give the requesting party, or the Court, the power to force cooperation or to force the responding party to use TAR,” Judge Peck wrote.

It would have been interesting if Judge Peck had expanded his TAR jurisprudence by holding a requesting party could compel a producing party to use TAR. However, he did expand on Kleen Products and Biomet by refusing to force TAR on a producing party that had not already invested time and money on keywords.

Thus, as we noted above, the first lesson of Hyles is that, for purposes of courts ordering the use of technology-assisted review, it still matters whether you’re a requesting party or a producing party.

As we’ve discussed before, cooperation in a legal system that is adversarial by design isn’t easy. However, there is hope. As our recent polling data indicate, the 2015 amendments to the Federal Rules of Civil Procedure may actually lead to greater cooperation.

We may never know if greater cooperation in Hyles would have allowed the parties to realize the efficiency and cost benefits of technology-assisted review. One thing we do know is that a lack of cooperation helped doom the use of TAR in this case.