Modern Emoting: The Emoji in e-Discovery 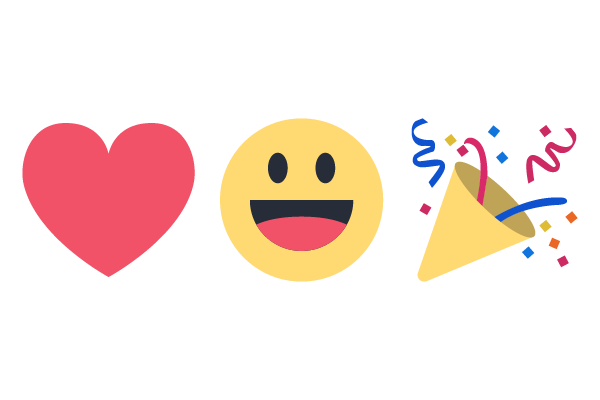 The way we communicate is always evolving. Shakespeare did plenty of pushing when it comes to language, for example. But these days, the changes are driven largely by the technology curve.

Since the invention of email and the emergence of smart phones, business communication in particular has seen a major shift in recent years. It’s hard to imagine how a memo was ever as effective as a Slack announcement, and today’s urgent questions tend to be sent via text rather than email.

What’s more, we don’t just use words anymore—a picture is worth a thousand words, and an emoji conveys a lot more about tone than anyone anticipated. This has been true in our personal lives for many years now, but it’s also carrying over into our work.

Origins of the Emoji

After originating on Japanese mobile phones in 1997, the emoji became popular around the globe in the 2010s after being integrated into popular mobile operating systems. Today, they can play a critical role in the way we express emotion, tell our stories, and add context to our communications.

Colloquially, emojis can be used as additive to a conversation or to replace words completely. A single emoji can replace entire sentences or can add important context—like sarcasm or irony—to otherwise disparate statements. They can also add emphasis or reinforcement to a message.

Here are a few examples:

Much like the document-centric paradigm in e-discovery is losing steam as the complexity of data evolves, a truly investigative mindset in today’s context requires a new set of expertise to interpret meaning in conversation: one that focuses on “non-verbal” exchanges. Understanding modern digital communication in a more human way makes the shift to people-centric e-discovery more natural—and more effective.

That’s because misunderstanding the communications in your data can have massive consequences to your case. Relying on grammatical norms, spelling consistencies, and even just text alone just doesn’t cut it anymore. You may even miss critical implications and subtle smoking guns.

What’s an Attorney to Do?

To avoid these pitfalls, your legal team should focus on closing two gaps: the first is with your technology, and the second is in the way you use it.

On the technology side, modern e-discovery platforms are more than capable of ingesting, displaying, and helping you understand the communications in which emojis appear most. Known as “short messages,” these data formats include text messages, collaboration tool archives, and chat logs.

RelativityOne, as an example, helps you follow the people in your case across multiple channels—including their short message data—and uncover the hot conversations (with emojis, images, reactions, and comments all included). Here’s a look at how it works:

With that covered, you’ll want to make sure your team is equipped to make the most of these connections. All of your case data lives in one place in Relativity—but it’s important for your team to work collaboratively if you want to truly grasp the big picture, follow leads, and explore rabbit holes.

Make sure you maximize your colleagues’ perspectives and talents, touch base frequently, build holistic review protocols, and leverage the help of a partner if you can use the extra expertise.

Enabling your team to not just see short message data, but also understand the context in which it was created, sent, and delivered, will help ensure a more sound e-discovery strategy and more agile e-discovery practices. Now’s the time to jump ahead of the curve—before these new data types leave your case strategy in the dust.

Liz Lieberman is a member of the product marketing team at Relativity, working closely with the product teams to understand customer needs and strengthen the platform.