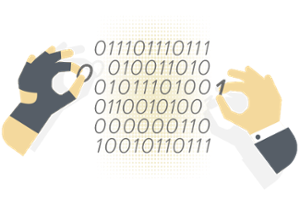 While enjoying kung pao chicken and Tsingtao beer at a local P.F. Chang’s restaurant, cyberinsurance probably isn’t on your mind.

Maybe it should be.

A June 2014 data breach compromised about 60,000 credit cards of P.F. Chang’s customers, and it provides a primer on cyberinsurance and the Reasonable Expectation Doctrine of insurance law.

By the beginning of 2012, P.F. Chang’s had opened 204 restaurants in 39 states, and the company had a revenue of $1.2 billion. The ubiquitous China bistro seems to be a fixture in almost every hamlet in America.

As part of Chang’s insurance coverage, Wok Holdco purchased a “CyberSecurity by Chubb” insurance policy from Federal Insurance Company for $134,052 annually, covering the company in the event of a cyber loss.

On the day P.F. Chang’s became aware of the June 2014 credit card breach, the company notified Federal of the potential loss, and Federal investigated the claim and paid P.F. Chang’s approximately $1.7 million on its claim for forensic investigations and litigation costs.

In order to comply with the agreement—and to ensure it would continue to be able to process credit card payments—P.F. Chang’s reimbursed Bank of America for the assessments, and it made an insurance claim with Federal for the fees. Federal denied the claim, and P.F. Chang’s sued.

Thus, the court wrote, insurance policy coverage is interpreted broadly in favor of coverage, and policy exclusions are interpreted narrowly against the insurer.

In addition, policies are interpreted so as not to “defeat the reasonable expectations of the insured.”

Under this so-called Reasonable Expectation Doctrine, a contract term is not enforced if one party has reason to believe the other party would not have agreed to a provision had they known it was in the agreement.

A general theory of the doctrine is that language in the contract a party isn’t expected to read shouldn’t override the intent of the parties. In essence, the doctrine holds, the fine print shouldn’t carry the day.

The court in P.F. Chang’s held that, for the Reasonable Expectation Doctrine to apply, two conditions must be met:

Before applying these requirements to the facts in P.F. Chang’s, the court examined how the policy itself provided for coverage.

The court held that, even interpreted broadly, Federal’s position on the actual policy provisions was correct, in part because Bank of America, the entity demanding payment from P.F. Chang’s, did not sustain a privacy injury.

In making this holding, the court rejected P.F. Chang’s argument that such a reading was a “pixel-level review” that reduces coverage “to a mere sliver of what the plain language provides.”

Although the court held other policy sections provided for coverage of the losses, the court held also that—even with a narrow interpretation of policy exclusions—P.F. Chang’s payments to Bank of America for the MasterCard assessments were excluded by the policy provisions.

P.F. Chang’s last hope was that—despite the policy provisions—the court would side with the bistro under the Reasonable Expectations Doctrine.

P.F. Chang’s lost this argument, too.

Despite this discovery evidence, the court held P.F. Chang’s claim failed the test for the Reasonable Expectation Doctrine because there was no evidence the restaurant chain believed it was getting coverage for credit card assessments after a data breach. A big reason for the court’s decision was P.F. Chang’s sophistication as a corporate litigant.

“There is no evidence that Chang’s bargained for coverage for potential Assessments, which it certainly could have done. Chang’s and Federal are both sophisticated parties well versed in negotiating contractual claims, leading the Court to believe that they included in the Policy the terms they intended,” the court wrote.

Cyberinsurance is a hot topic, and it’s a way businesses—and law firms—believe they can control the risks of handling big data. The district court’s holding in P.F. Chang’s provides some important caveats.

First, even though an insurance company markets its products covering “consequential loss resulting from cyber security breaches,” don’t assume every possible consequence is included in that coverage. Insurance companies can—and will—insert policy exclusions, as Federal did here, that may seem to contradict their marketing efforts.

Second, when purchasing cyberinsurance, many businesses may be deemed sophisticated parties, as P.F. Chang’s was here. As the restaurant chain discovered, being a sophisticated party will hurt your chance of prevailing under the Reasonable Expectations Doctrine because the court may assume you have an army of attorneys reviewing your contracts.

Long story short: cyberinsurance may help you deal with the risks of big data, but proceed with caution.