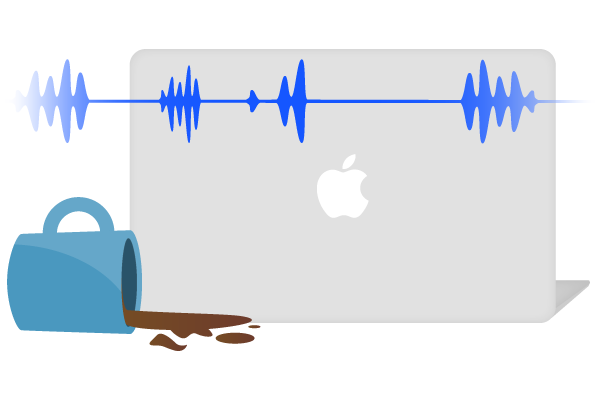 If you ever think e-discovery law is the somewhat dry domain of software, servers, and many, many motions, yesterday’s Colorado federal court decision in Mueller v. Swift will remind you that e-discovery is so much more.

Yes, when you have the pop star Taylor Swift, an erstwhile Denver DJ, accusations of sexual misconduct, a clandestine audio recording, a mysterious malfunctioning external hard drive, and—of course—coffee spilled on an Apple laptop, it goes to show that e-discovery is everywhere.

In this case, Swift may be able to Shake It Off with her fans, but—in her effort to get spoliation sanctions for the caffeinated computer—she could not shake off the provisions of the amended Fed. R. Civ. P 37(e).

Too Close for Comfort

In the summer of 2013, Taylor Swift gave a concert at Denver’s Pepsi Center. Swift had a meet and greet after the concert, and Denver radio personality David Mueller attended the event.

Things did not go well.

Swift alleged that Mueller touched her inappropriately as a photo was being taken. Specifically, Swift testified in her deposition that Mueller “reached up under my skirt and grabbed my ass right when I was having to pose for a photo.”

Not only did Mueller deny the accusations, he sued Swift, claiming he was fired from his DJ job at Denver’s KYGO radio due to Swift’s false accusations, which Mueller argued constituted tortious interference with his employment contract. Swift counterclaimed for assault and battery.

Followers of the celebrity press are probably familiar with these allegations, including the photo from the backstage shoot, allegedly showing the incident.

However, when it came time for e-discovery, it wasn’t the photo—or even email—that became the biggest spoliation issue. It was an audio recording.

Shortly after the alleged incident, Mueller met with his bosses at KYGO. Unbeknownst to his soon-to-be-former colleagues, Mueller recorded the entire conversation.

The defendants in the Taylor Swift case sought the audio recording during discovery. They weren’t happy with what they got.

When Mueller sent the audio recording, he didn’t send them the entire file. Instead, he sent them clips he made from the recording. He said he did this because the entire recording was over two hours long. He claimed he sent them all the important parts.

Things got almost comical after that.

Mueller claimed he couldn’t produce the complete recording due to multiple technical calamities.

First, he spilled coffee on his laptop where he stored the recording. He took the laptop to the Apple Store, but alas, the coffee wounds were mortal. Apple replaced the laptop, and Mueller made no effort to preserve the java-murdered machine.

Of course, Mueller was a 21st Century DJ, meaning he worked with digital files all the time. Surely he kept a back-up?

Sure enough, he did.

But in this latest episode of Discovery Dog Ate My Homework, Mueller claimed the external hard drive malfunctioned. Data lost.

Swift moved for sanctions, including an adverse inference instruction to the jury, arguing the missing passages of the recording could have provided evidence going to the heart of Mueller’s claim that Swift interfered with his employment relationship.

It became clear that the litigants were never ever going to get back together with that audio recording, the court agreeing that sanctions were in order and that Mueller’s conduct went beyond mere negligence.

However, the court rejected Swift’s call for an adverse inference instruction because Swift did not show the requisite level of bad conduct by Mueller.

Instead, the sanction the court allowed was to allow the Swift defendants bring up the topic of the spoliation and how the recording was lost.

As we noted above, the case matters because it’s yet another illustration that e-discovery is everywhere. e-Discovery is the one area of the law that affects everyone.

Perhaps most importantly, the case shows how difficult it can be to get e-discovery sanctions after the 2015 e-discovery amendments.

Although Rule 37(e) doesn't even make an appearance until footnote 8, the court uses it as support for its decision. In this case, we not only have coffee spilled on a laptop, but a mysteriously malfunctioning external hard drive—and Swift still couldn’t get an adverse inference instruction.

However, it wasn’t a total loss for the music starlet. Defense counsel does get to tell the jury about the circumstances of the lost audio recording. You don’t need a judge giving you an instruction to realize there was something fishy about Mueller’s multiple malfunctions. Jurors get it.