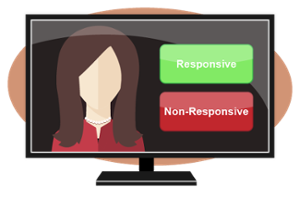 There is a discussion happening on the blog and social media about how to describe e-discovery to your relatives over the holidays. It’s a difficult question I’ve wrestled with for years, and not entirely successfully. I responded with a story about computer forensics because most folks are familiar with the CSI shows, and it’s at least directionally accurate.

Fortuitously, over the weekend, the prime time drama The Good Wife dedicated an entire episode to demonstrating how e-discovery can play a role alongside the much more typical litigation theme. I don’t usually watch the show, but who can’t pull for Michael J. Fox, who stars as senior partner. His presence, plus the mainstream coverage of e-discovery gave me respite from my mostly sated football appetite.

And now, the next time Aunt Sally hits me up over a glass of eggnog about what I’ve been up to lately, I can just point her to The Good Wife, season 7, episode 9.

Along with some telling and accurate nuances, e-discovery’s prime time debut on Sunday came with some questionable caveats.

The Magic of TV v. The Golden Rules of e-Discovery

In the episode, titled “Discovery,” a Google-esque company called Chumhum creates an application called Chummy Maps, which allegedly uses geo-fencing to categorize certain neighborhoods in a racist manner, thereby causing the plaintiff’s restaurant to go out of business.

Counsel initially locks horns surrounding the scope of discovery. The requesting side pushes for “full discovery” (as is only natural). Defense counsel objects that this unbounded exercise would “compromise trade secrets.” The judge—in perhaps a nod to the soon-to-be amended Federal Rules of Civil Procedure—limits e-discovery to searches regarding “racist references and Chummy Maps.”

Now, here’s where it gets interesting. In the next scene, the defense counsel meet up in a war room as they’re about to launch into the previously unexplored e-discovery process. To start, the reviewers appear to be using a fictitious application called “DocuSift” that will conduct searches across individual hard drives connected to a reviewer’s laptop.

Wow, where to start?

Sure, it seems logical (in a made-for-TV sort of way) to just grab a custodian’s hard drive and start poking around. But, certainly this neglects one of the golden rules of e-discovery, which is to never view original source media because of likely metadata changes. Never mind the issues with chain of custody, nor the fact that the data likely wouldn’t have been filtered, de-duplicated, or run through any analytics of any kind.

Keyword Searching: Unglamorous Even on TV

Given the show isn’t for hard-core e-discovery wonks like us, lapses of the kind above are understandable. In many ways, the shortcuts allow the audience to get into more nuanced issues, like how poorly keyword searches really work in this type of case, where the goal is to discern racially motivated conduct. For example, the keyword search of “black” is shown to crop up in a number of irrelevant searches, including one for the band The Black Eyed Peas.

Other racially charged search terms are shown to be equally ineffective. The most interesting potentially responsive email is mysteriously found without a keyword hit. Maybe there’s a hidden technology-assisted review algorithm running in the background somewhere on DocuSift? Counsel is in the ethically challenged position of judging responsiveness (in the larger sense) when weighed against the judge’s express order for the use of racially based keyword terms. In either case, this shows how technology augments counsel’s judgment, but doesn’t replace it.

As the episode progresses, plaintiff’s counsel claims that “we must see everything”—even beyond Chummy Maps. This fishing expedition is permitted by the judge, but it backfires (sort of) when defense counsel performs a classic 50 TB data dump by crawling the entire web for anything racially offensive (would 50 TBs be enough?). Plaintiff’s counsel objects that it will take her firm six years to look through it all (again presuming a linear review).

… the case settles well before trial (as so many do). All the e-discovery work does unearth a horde of information for the plaintiff, and even when it is perhaps out of scope—a coder’s racist jokes for example—it does place the defendant on the defensive.

There isn’t a Hollywood ending for the plaintiff, however, who stored all of her restaurant’s financial data in the cloud on Chumhum’s servers. Given that she signed their assuredly one-sided user agreement, her financials were fair game, and the cloud spreadsheets showed that her business was going under long before the geo-fencing allegations.

I’ve only noted a few of the e-discovery issues that caught my eye. I’d bet there were a lot more. Let me know in the comments what else I missed.

Dean Gonsowski was the vice president of business development for Relativity, where he worked closely with enterprise customers, partners, and government agencies to enable them with more effective technology adoption for evolving e-discovery purposes. A former litigator, general counsel, and associate general counsel, Dean has more than 20 years’ experience in litigation, e-discovery, information governance, and cybersecurity.