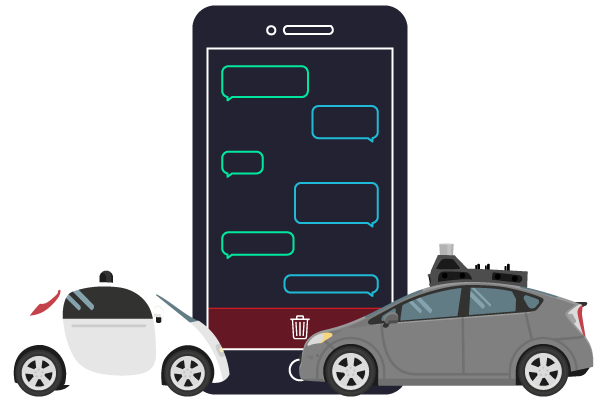 In a highly public legal dispute with e-discovery at its heart, Waymo filed suit against Uber earlier this year alleging theft of trade secrets. According to the suit, Waymo believes that Anthony Levandowski—a former Google engineer who was involved with Waymo while with the company—stole data which he later brought to Otto, a self-driving truck startup, and then Uber, who acquired Otto in 2016. (It’s worth noting that Uber fired Mr. Levandowski in May.)

Stroz Friedberg—a risk management firm with expertise in cybersecurity matters—conducted a due diligence investigation with use of Relativity on Uber's behalf in 2016, ahead of the acquisition. The resulting report has been made public as part of the legal proceedings between the two companies. The trial was set to begin next week, but it was postponed until early December after the judge, in a hearing on Tuesday, granted Waymo’s request for a delay so they could have more time to review the report.

The report details Stroz’s investigation into whether Mr. Levandowski did, in fact, retain Google data. Interviews, data collection and analysis, and document review all played a role in the firm’s methodology. Their team “processed/assessed over 1.5 million files into Relativity, identifying over 400,000 documents for further review,” with document types ranging from photos to source code to Gchat records.

Ultimately, Stroz Friedberg concluded that Mr. Levandowski did retain and access Google data on his personal laptop—on which “he stored Google data and documents … in the normal course of his work at Google”—even after he left the company in January 2011, and he made efforts to delete retained data. In an interview, “He did not recall when he last accessed these folders, and he seemed surprised at the amount of Google-related information that was on his laptop.”

Stroz also learned that, “While employed at Google, Levandowski had a number of one-on-one meetings and four group meetings with several Google/Chauffeur employees about joining his start-up company.” Additionally, Mr. Levandowski disclosed in his interview with Stroz that he had found five discs containing Google data in his home, and had them destroyed by a commercial shredding company following a regularly scheduled status meeting with Uber. Subsequent interviews with the shredding company could not verify this story with certainty.

After the report was made public, both Waymo and Uber released statements with different conclusions on its findings.

Uber asserted that it is “pleased [the report] is finally public.” As proof that they “hired an independent forensics firm to conduct due diligence because [they] wanted to prevent any Google IP from coming to Uber,” they believe it will mean “the jury will see that Google’s trade secrets are not and never were at Uber.”

Waymo argues it supports their claim that “Uber paid $680 million for Mr. Levandowski’s company, protected him from legal action, and installed him as the head of their self-driving vehicle program” knowing he had a “massive trove” of confidential data that didn’t belong to him.

The full report is embedded below.

Exhibit 22 in Uber-Waymo case by catherineshu on Scribd