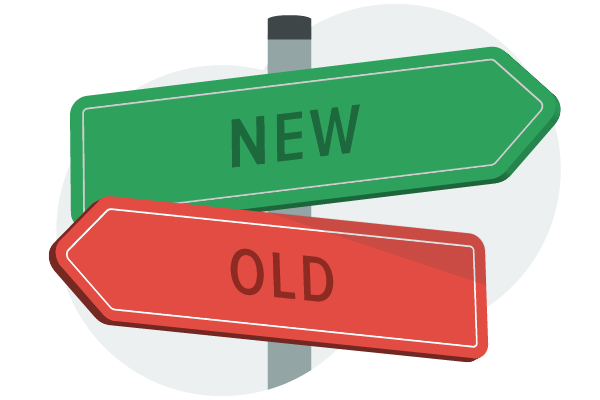 To many, the traditional law firm model—a model in which the law firm bills only for time spent in representation—has worked quite well for generations. They ask: Why change now?

In the current landscape, though, and in many markets, those who hold that belief may be in trouble. With increasing competition from large consulting organizations, alternative legal service providers, other law firms, and the growing trend of corporate law department insourcing, law firms are looking for ways to differentiate. For many, this struggle is an existential threat.

Traditionally, many law firms have seen the cost of e-discovery as the cost of doing business. Those costs were not passed down to the client, much like the firm’s cost for electricity or rent. Some firms have entrenched themselves behind this philosophy, seeing cost absorption as a critical differentiator keeping all competitors at bay.

Other firms recognize two things. First, e-discovery is not simply the normal cost of doing business. Success in the e-discovery arena is dependent on true expertise and predicated on a multitude of factors—many of which may be outside of the firm’s control. Secondly, many firms are seeing e-discovery as more than just table stakes to the courtroom. The information that can be gained from harnessing hidden information and using those findings as a spear instead of a shield can provide a formidable competitive advantage.

These firms have decided that the only way to stay ahead of that curve is to invest in technology and the staff equipped to uncover the critical information hidden in their clients’ data. As a result, more firms are looking for ways to invest in the newest technologies and have opted to share those investment costs with clients who are benefiting from better results. Recently, Dickinson Wright, a Detroit-based international law firm with 475 lawyers, executed on their decision to move from cost absorption to cost recovery in the interest of taking advantage of new technologies they could leverage for their clients.

Kimberly Fisher, the firm’s senior practice support manager, was one of the key leaders overseeing the firm’s transition to cost recovery. Dickinson Wright had long considered a shift to cost recovery, but the need never proved sufficient to make the move.

Kimberly explained: “Our firm chose Relativity as a flexible and powerful platform for litigation matters. However, to be able to invest in the newest technology, the firm’s leadership realized that a change was necessary.”

Two findings ultimately swayed the firm toward cost recovery. First was the realization that e-discovery could not be justified as just another cost involved with representation, like electricity or rent. The expenses involved could vary greatly. Second, the benefits for the firm were centralized in the Litigation group. However, the costs were shared across the firm.

From this realization, the move to cost recovery began. Kimberly said, “The change to cost recovery started methodically, with a market investigation. We needed to know what other firms in Detroit were doing before we made any moves.”

Dickinson Wright has been a strong supporter of Relativity’s Detroit user group. Kimberly and her colleagues discussed the move to cost recovery with other Detroit firms in the user group and determined that the move was not only possible but could be beneficial for the firm’s success.

Armed with valuable details about how other firms in Detroit were approaching costs, Kimberly began a deeper investigation while planning for the change. Kimberly spent time investigating cost recovery from a variety of resources. She held discussions with her contacts at Relativity, attended a cost recovery session at Relativity Fest 2017, and gained valuable insight from other members of the community who had made the move successfully.

Preparing for internal conversations, Kimberly and her team gathered extensive information about their own cost of doing business, including financial analyses, cost-benefit analyses, and client impact statements. “Dickinson Wright wanted to be clear with our clients: our firm is not out to make a profit on e-discovery, our goal is only to recover the costs we have incurred,” Kimberly said.

As a result, Kimberly studied every aspect of the firm’s e-discovery costs, including support staff, IT services, servers and infrastructure expenses, and all other tangential expenses. With every detail accounted for, the firm began the process of planning for the move to cost recovery across most of its clients.

The Plan in Motion

Kimberly and her team spent a considerable amount of time focusing on the client impact of this shift. Preparing for pushback, they methodically researched their client representation models and documentation to ensure that everything they were doing was by the book.

From her research, Kimberly knew that write-offs—the removal of e-discovery expenses from client invoices—were a risk that could spell disaster for the entire cost recovery effort. As a result, Dickinson Wright’s CIO became the sole decision maker as to whether a cost could be waived on a client invoice.

Kimberly explained, “The CIO started saying ‘No’ to nearly everything. A cost waiver required a really good reason before it was even considered. As a result, our attorneys had substantive conversations with their corporate clients about the value that these services bring.”

This process uncovered something surprising to most everyone but Kimberly. The firm’s clients did not push back. “Our clients understand that there is a cost related to e-discovery. For a long time, clients asked us for a quote from the firm when they received quotes from national and local e-discovery providers, expecting us to be competitive,” Kimberly explained. “Each time since, we have come out more competitive than pretty much every other option.”

The Results are In

When asked about where the firm is now on cost recovery, Kimberly said, “It has gone well so far. We have gone from a realization rate in the low 30 percent range to the mid 80 percent range.”

Kimberly attributes the success of Dickinson Wright’s cost recovery efforts to two things: the centralization of cost waiver decision making with the firm’s CIO and the substantive conversations the firm’s attorneys had with their clients, explaining the value of the firm’s investment.

“We still have some write-offs from time to time, but most of our costs for e-discovery are recovered,” Kimberly said. “Cost recovery has had other benefits as well. We have been able to hire an additional IT resource and invest in infrastructure and support services. Cost absorption would have made this investment untenable.

All Your Questions on e-Discovery Cost Recovery, Answered (Part II)

How to Build a Business Around e-Discovery: The Troutman Sanders Story

The New Age Law Firm In One of Columbus's Oldest Buildings