Step Aside, Setback: Takeaways from a Stellar Women Workshop with Karen Klein 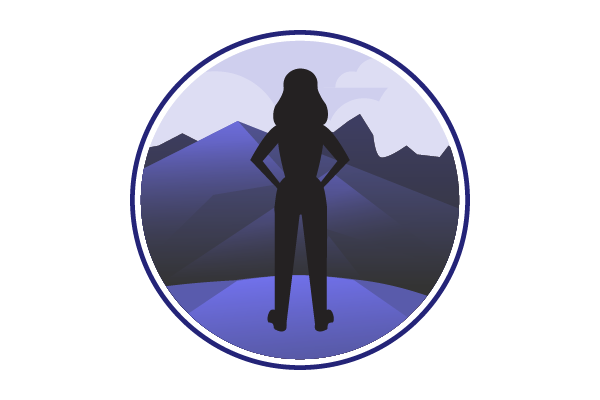 Failure is an inherent part of anyone’s career (and life), but setbacks are difficult to talk about. The only missteps I hear about are divulged by my colleagues who have become friends.

But that vulnerability and exchange of obstacles have kept me afloat when I’ve messed up at work. Trust me: If my manager had a dollar for each time I’ve asked, “Are you thinking about firing me?”—well, they would be able to meet an early retirement.

Most often, we deliver. But there are times we may stumble—and normalizing that helps us grow personally and professionally. In our recent Stellar Women workshop, Relativity Chief Legal Officer Karen Klein discussed a career setback, what she learned, and tips for the Stellar Women community to persevere and come out stronger when we face our own obstacles.

When Karen took the Zoom stage at the June workshop, I was expecting to hear about her career path and overcoming net-positive challenges—something like which opportunity among many to take. What I wasn’t expecting to learn was that Karen was let go from a general counsel position early in her career.

When she fell victim to company lay-offs, all Karen could hear on her internal thought track was: “I’ve failed.” The experience took a psychological toll—not only in her professional life, but in her personal life as well.

“I spiraled,” she said. “All these negative thoughts went through my head—like thinking I wouldn’t ever get a job again.”

As evidenced by her current role as CLO, that fear clearly did not come to fruition. But Karen expressed a dark sentiment we’ve all felt when we’ve encountered a serious professional setback: This is the end of my career as I know it.

You Are Not Your Job

Much like myself, Karen has been working since she was 12. When you’ve been working so long, it can be tough to unwind your personal identity from your work identity. Often, they become one. When your work becomes enmeshed into who you are, professional setbacks can take a psychological toll with repercussions like burnout or anxiety. It becomes difficult not to conflate a challenge at work with a strike against your inherent value.

Now, Karen acknowledged that she still actively works to unblur these lines so she can maintain a healthy view of self and her worth outside of the context of her job. And, she said, it takes concerted, continuous effort to do so.

My friend and Stellar Women producer Mila Taylor said something very poetic that has resonated with me: "I wasn't put on this earth to work. I was put on this world to be Mila." It is important to find a job that brings you fulfillment. For many of us, work is an essential part of our identity. But it is crucial to know you are not your job. There is so much more to all of us, and a job is just one component of our being.

Being a good employee doesn’t mean being perfect all the time. Your value as a person doesn’t rest on your ability to perfect an email or Excel spreadsheet. Taking that pressure away to “be the best” can enable you to create boundaries around your work life.

How to Overcome Said Setback

Get out of your own way. Karen said that she “couldn’t get out of her head” after her failure. She created a narrative that she failed, that she would never be hired again, and that she wasn’t good enough for a General Council role. Karen was so embarrassed that she didn’t want to talk to anyone. She wouldn’t hear rational thinking—even from her husband. Once she took a leap and connected with her network, though, she was able to get out of her own way and start moving forward.

Engage with your network. After taking time to emotionally deal with the setback, Karen got to action. She engaged with her network by connecting with a prior boss and shared how she was feeling about herself and her career. He did the unexpected: He laughed, and said, “You know none of what you’ve been telling yourself is true, right?” This mentor was able to give her the perspective that she couldn’t see for herself at the time, reinforcing that it’s moments like these when we need to rely on mentors to provide that essential point of view.

Get over the title. Karen also encouraged the group to “get over the title of it all” when it comes to job seeking, and dig into the skills and scope of a role rather than focusing on the title alone. After being let go, Karen was offered a contractor role at the same company and her old boss offered her a job at Orbitz—but neither of them were that general counsel role. After some consideration, she focused on her long-term plan and building career equity (a term that refers to acquiring additional experience, broadening your skillset, and meeting people you can learn from in a new company or role). Karen learned that a setback can actually help you get to the substance of what you want to do with your work.

Having a good boss matters. Karen believes that people leave managers, not companies (of course, there are exceptions to the rule). Your manager should speak up for you, give you opportunities, move you forward, and seek opportunities for you outside of your role.

Seek a mentor and a sponsor. Karen said that, when looking for a job or developing in your current job, you should look to have a mentor and a sponsor. I thought they were the same thing, until Mary Rechtoris, my friend and Stellar Women co-host, pointed out the difference: Mentors are people who advise you on a decision, and a sponsor would be someone who advocates for you with decision makers in your organization.

Blair Cohen is a writer on Relativity's brand team, where she focuses on telling compelling stories, capturing insights from our community, and representing the company with energy and enthusiasm.

Adapt and Thrive in a New Normal: Improv Tips from Blair Heidenreich