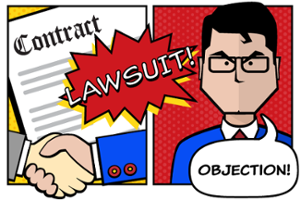 The latest Superman blockbuster—for which the heirs of the superhero’s creators will likely receive almost nothing—opens on March 25. The release of Batman v. Superman: Dawn of Justice gives us a chance to examine an important life lesson: the law and e-discovery affect superheroes, too.

Both Batman—the Caped Crusader—and his fellow superhero, Superman, have been the source of legal proceedings over the years, often in the form of litigation over intellectual property rights to the characters. In at least one case, discovery of evidence and the attorney-client privilege played an important role.

When Jerome Siegel and Joe Shuster joined DC Comics in 1937, little did they know an agreement related to their move would be litigated well into the 21st Century. Siegel and Shuster executed documents involving their intellectual property rights, and the next year, their creation, Superman, made his first appearance.

Siegel, Shuster, and their heirs have been fighting DC Comics over the intellectual property rights to Superman almost ever since.

As late as 2013, courts were still considering claims involving Superman’s copyright, which—as very young men—Siegel and Shuster sold to DC Comics for $130. Sure, a hundred and thirty bucks was decent money in 1937, but Superman has since generated untold millions.

One of the Superman cases, In re Pacific Pictures Corp., 679 F.3d 1121 (9th Cir. 2012), involved a bizarre fact pattern that provides an important lesson about the attorney-client privilege in discovery.

Marc Toberoff, a Hollywood producer and a licensed attorney, contacted the Siegel and Shuster heirs with an idea for a new Superman. To help launch the project, Toberoff created a joint venture between their heirs and an entity he owned, and he served as both business advisor and attorney.

During this time, Toberoff retained an attorney to work with him. This attorney attempted to start his own business with the heirs, but when he was unsuccessful, the attorney allegedly took documents relating to the Superman project and sent them to executives at DC Comics.

DC Comics sued Toberoff, the heirs, and the related companies in the Pacific Pictures litigation, alleging tortious interference with DC’s contractual relationship with the heirs.

As part of the Complaint in Pacific Pictures, DC Comics incorporated the cover letter sent allegedly by the former attorney in Toberoff’s office with the documents from the office.

Toberoff attempted to prevent the document from being admitted into evidence or used in the litigation, claiming attorney-client privilege. However, there’s a reason lawyers try to avoid civil litigation until the conclusion of any related criminal matters. One matter can have an adverse impact on the other—as Toberoff was about to discover.

After securing a confidentiality agreement with the U.S. Attorney’s Office in which the office agreed it would not disclose the documents to non-governmental third parties except as required by law, Toberoff complied with the subpoena.

DC Comics filed an immediate document request for all documents Toberoff supplied to the U.S. attorney, claiming their disclosure had waived the attorney-client privilege.

The district court denied review of the magistrate judge’s decision, and Toberoff sought review from the U.S. Court of Appeals for the Ninth Circuit.

Toberoff argued, among other things, that because he shared the documents with the government—as opposed to a civil litigant or perhaps Wonder Woman, Batman, or Spider-Man—the privilege wasn’t waived. 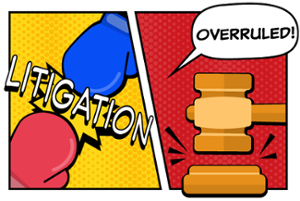 The court noted that several federal circuits have rejected this type of selected waiver and that only the Eighth Circuit had accepted it. Perhaps as importantly, the court noted that legislative efforts to create a selective waiver had failed, and it was not inclined to make new law where lawmakers had declined to do so.

Failing on its argument on selective waiver generally, Toberoff argued the confidentiality agreement he executed with the U.S. Attorney’s Office should permit for a selective waiver.

Although the Pacific Pictures court conceded that at least two federal circuits had entertained allowing selective waiver in the case of confidentiality agreements, the court, once again, cited legislative efforts as a reason against courts establishing such a waiver.

Citing the Statement of Congressional Intent regarding Fed. R. Evid. 502, the court noted Rule 502 “does not provide a basis for a court to enable parties to agree to a selective waiver of the privilege, such as to a federal agency conducting an investigation.” Thus, the court held, neither the government being involved nor a confidentiality agreement allowed for a selected waiver.

The court rejected also Toberoff’s argument that there should be no waiver because the disclosure resulted from his being the victim of a crime. In essence, Toberoff was out of luck. Because he provided the documents to the U.S. Attorney’s Office, he waived the privilege.

At the top of this post, we noted that this case shows that the law and e-discovery apply to superheroes, too. However, there is a far more important takeaway from Pacific Pictures.

That lesson is that the attorney-client privilege is both precious and precarious—it can be waived in any number of ways.