The Best of Relativity Fest: Our Favorite Quotes from the Speakers 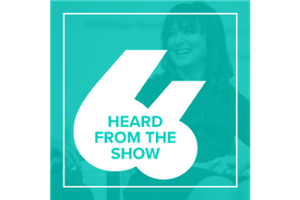 Relativity Fest 2016 drew to a close yesterday, and it was packed with memorable moments. To highlight them, we continue the tradition we started with Legaltech New York and ILTACON and bring you some of our favorite quotes.

With more than 1,800 attendees attending hundreds of educational sessions, it’s difficult to include every great quote from the annual conference.

However, here are a few of the notable ones.

To which a fellow panelist responded …

“Technology is inevitable—I don’t care how much you don’t like it.”

and at the Women’s e-Discovery Luncheon:

“Going to law school was the best decision I’ve ever made—besides not marrying my fiancé.”

“There’s no such thing as privacy—that war has been lost.”

Director of practice support, Reed Smith LLP, winner of a 2016 Relativity Innovation Award, on the platform:

“Relativity is like a Swiss Army knife—you can use it to do many different things.”

“There’s a Frank Underwood quotation that applies to Brexit: ‘It’s one thing to go down with the ship; it is quite another to insist the Titanic is a submarine and that everything will be fine.’”

When asked to name what the two stages of Relativity Processing were:

U.S. District Judge, (W.D. Pa.), when I asked her what she would do if a litigant such as the one in Arrowhead v. Seven Arts blamed his deficient e-discovery production on the “girls” in his office:

“This girl would have a dialogue with that attorney—and then some.”

“I had to put my neck on the block to get TAR approved, but that's how you make new law.”

“From a cybersecurity and public health perspective, it’s important to stay away from adult entertainment sites—your computer may get diseases.”

and on controversies on the scope of government data demands:

“The U.S. government would say it’s a targeted collection—it just happens to be targeting all the data.”

U.S. District Judge (S.D.N.Y.), on the Ask the Judges program for the Annual Judicial Panel:

“I think it’s a great idea; we should discuss topics people want to hear—instead of what we think they should hear.”

“Going to law school was a decision that increased my income—because I met my wife there.”

U.S. District Judge (W.D. Tex.) on funding and resources for the courts:

“We won World War II in four years, but it takes us 13 years to get a courthouse built.”

Associate, Taylor Wessing, and associate, Reynolds Porter Chamberlain (RPC), on the effect of TAR on their litigation in the U.K.’s landmark Pyrrho case:

“Before implementing TAR, we were fighting over keywords, and writing six-page letters; now we’re here speaking together.”

Founder and CEO, kCura, on the company’s new vision statement:

“The vision is just a statement—it’s about how we execute the vision.”

“Compliance does not equal ethical, and analytics does not mean objective.”

“The basic principle of the Exclusionary Rule is: if you don’t follow the Constitution in obtaining evidence, you don’t get to use it ... The government needs particularity in what it searches—you can’t simply start looking at everything.”