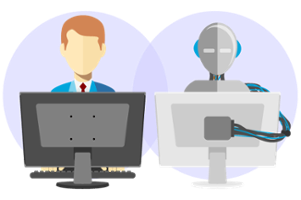 When e-discovery review attorney David Lola sued a major law firm and a legal staffing agency in July 2013, alleging the firm and the agency violated the federal Fair Labor Standards Act (FLSA) by not paying him at federally mandated rates for overtime work, it renewed a legal ethics question:

Does e-discovery document review constitute the practice of law?

The legal arguments in Lola, a putative class action, make for interesting employment law—with the provisions of the FLSA interacting with corresponding regulations promulgated by the U.S. Department of Labor and North Carolina state law.

The legal debate comes down to whether e-discovery reviewers with law licenses fall under an overtime exemption in the regulations for an “employee employed in a bona fide professional capacity,” but going beyond the headlines, legal briefs, and debates about the definition of practicing law, Lola is also an important story about the role of technology in defining the practice of law in 2015.

In Lola, the law firm, Skadden, Arps, Slate, Meagher & Flom, and the staffing agency, Tower Legal Staffing, prevailed in September of last year in a Fed. R. Civ. P. 12(b)(6) motion to dismiss. Although U.S. District Judge Richard Sullivan (S.D.N.Y.) expressed sympathy with the plight of Lola and his fellow e-discovery review attorneys, the court granted the motion to dismiss, holding e-discovery review lawyers fell under the regulatory exemption for licensed attorneys engaged in the practice of law.

However, Lola’s effort to make new law for himself and his fellow similarly situated e-discovery review attorneys wasn’t over.

So where’s the legal technology angle? For that, we look to the Second Circuit’s comments about the case’s oral arguments in the closing lines of the appellate court opinion:

A fair reading of the complaint in the light most favorable to Lola is that he provided services that a machine could have provided. The parties themselves agreed at oral argument that an individual who, in the course of reviewing discovery documents, undertakes tasks that could be performed entirely by a machine cannot be said to engage in the practice of law.

Taking the facts in the light most favorable to Lola (as the court must do at this stage in the proceedings), the court found that Lola “exercised no legal judgment whatsoever,” and thus, could not be engaged in the practice of law. Therefore, the court held, the district court erred in dismissing his legal attempt to be paid at an overtime rate under the FLSA.

Have counsel and the court in Lola developed a new, workable bright line legal test for defining the practice or law? We’ll call their legal doctrine, “The Lola Machine Test,” as they argue: If a machine can do it, it can’t be the practice of law.

Many would undoubtedly agree with this observation on machines and the law, but does The Lola Machine Test miss the realities of technology and the law in the 21st Century?

The finding that Lola exercised no legal judgment whatsoever is based—at least in part—on his allegation that he “used criteria developed by others to simply sort documents into different categories.”

Scenario One: “Attorney Jones, please review these e-discovery documents for responsiveness. As you code the documents in our e-discovery platform, base your coding on these keywords. Each keyword has been selected by a staff attorney, reviewed by a senior associate, and approved by a partner. Please code as responsive any document containing these keywords.”

Scenario Two: “Attorney Jones, please review these e-discovery documents for responsiveness. As you code the documents in our e-discovery platform, base your coding on the training session we held the first day of the project. You’ll recall we reviewed documents to learn about the case, considered possible keywords and their context, and conducted multiple rounds of attorney training. By the afternoon, the whole team was really getting it. Please code the documents as you did in the afternoon training session.”

Based on the court record, David Lola’s e-discovery experience fell into Scenario One. The Lola Machine Test for determining the practice of law might work in Scenario One. After all, very simple software could perform the coding task, and you certainly don’t need a lawyer to spot keywords in documents.

However, what about Scenario Two? That’s where things get tricky.

The Second Circuit’s Lola Machine Test could be doomed to failure in a case where contract review lawyers perform more extensive e-discovery. For example, Relativity Assisted Review (yes, a machine) could assist in performing the e-discovery tasks in Scenario Two, but does that mean Attorney Jones “exercised no legal judgment whatsoever” in coding the documents?

Analyzing whether linguistic nuances and writer intent in various documents make those documents responsive to a carefully crafted legal request is a far cry from merely going through docs looking for certain words. One could make a compelling argument that such analysis involves a fair amount of legal judgment.

Of course, because Assisted Review can be trained to do it, too, Scenario Two illustrates the Second Circuit’s lack of deference to the realities of 2015 e-discovery.

In the three-and-a-half years since U.S. Magistrate Judge Andrew Peck’s February 2012 opinion and order on TAR in Da Silva Moore v. Publicis Groupe SA, the e-discovery world has pondered whether machines would take over the practice of law in a futuristic nightmare straight from a bad science fiction movie.

Many chagrined lawyers say they didn’t go to law school to become statisticians or technologists, but as society becomes more technical, so must the attorneys who serve it. But that doesn’t mean machines have replaced these lawyers. Neither Judge Peck nor other jurists advocating for the use of TAR have suggested that machines should replace lawyers.

As Lola returns to the district court, it will be interesting to see whether discovery about Lola’s e-discovery alters the final outcome. If it turns out his e-discovery experience was more like our Scenario Two than Scenario One, will his potential class action be doomed because the courts will determine he really was practicing law?

Lola isn’t your typical technology-assisted review case. Some might argue it’s not a TAR case at all, but simply an employment law matter. However, whether you consider the Lola Machine Test to be a court’s throwaway line of dicta or a vital illustration of the court’s holding, we think Lola provides an excellent illustration of the blurring of the lines between human and machine. Call it the legal partnership of the 21st Century.