The Nixon-Clinton-Trump Primer on Politics and e-Discovery 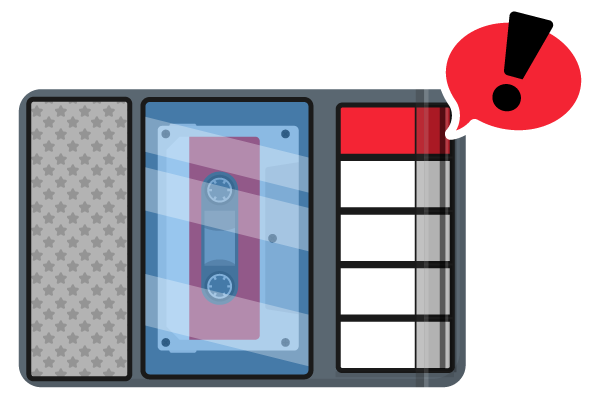 Regardless of political persuasion or preference, the great government scandals of the day have had one thing in common: People fought over the evidence.

As legal combatants have squared off on evidentiary issues over the years, their disputes provide an excellent roadmap for the e-discovery practitioner, illustrating how politics and discovery of evidence sometimes make strange bedfellows.

We’ve been saying for some time that the term “e-discovery” will soon go by the wayside because it will become redundant.

All discovery will be e-discovery.

Nevertheless, at least for the moment, there are paper and electronic data, and the law treats them differently.

For instance, the e-discovery sanctions provisions of Fed. R. Civ. P. 37(e) pertain only to electronic evidence because the rule states specifically it applies to “electronically stored information” (ESI).

Of course, this is not to say paper discovery is not subject to sanctions. One must simply seek them elsewhere, such as under Fed. R. Civ. P. 26(g) or under a court’s inherent authority—which can be used for paper or electronic data.

President Richard Nixon’s secret taping system probably ended his presidency. The recordings helped incriminate his administration in the Watergate scandal, and the president attempted to prevent the tapes from becoming public by waging a legal battle all the way to the US Supreme Court.

The High Court’s 1974 decision, United States v. Nixon, focused on claims of executive privilege as a basis for withholding evidence—in this case, the Watergate tapes.

The court rejected the president’s theory of a general privilege of confidentiality, as opposed to a privilege for specific areas such as national security or state secrets.

The takeaway for everyday practitioners here is similar: courts have rejected attorney-client privilege claims where the lawyer is providing mere business advice masquerading as legal advice.

In addition to the parallels between executive privilege and attorney-client privilege, the Nixon tapes are significant due to a mysterious gap.

The 18 and a Half Minute Gap

When reviewing the tapes for production, an 18 and a half minute gap appeared in a recording of a 1972 conversation between President Nixon and his chief of staff, H.R. Haldeman.

The president’s secretary, Rose Mary Woods, claimed she caused the gap when she mistakenly recorded over the conversation when answering a phone call.

When Woods was asked to demonstrate how the accidental recording could have occurred, her subsequent stretching posture—which seemed so implausible it became the butt of comedians’ jokes—became known as the “Rose Mary Stretch.”

Under today’s Fed. R. Civ. P. 37(e)(2)’s “intent to deprive” standard, the Rose Mary Stretch would be vital in determining appropriate sanctions. Considering the application of this modern standard to this historical scenario would make an excellent thought exercise for present-day attorneys.

Former Secretary of State Alexander Haig—who was Nixon’s chief of staff during Watergate—has speculated that Nixon’s incompetence with mechanical equipment could have been behind the gap. Once again, Rule 37(e)(2)’s intent to deprive standard would come into play.

When Clinton faced perjury charges—both for his deposition testimony and his grand jury testimony about the relationship—the main evidence consisted of surreptitious audio recordings made by Linda Tripp of her conversations with Lewinsky and Lewinsky’s infamous blue dress containing remnants of the president’s genetic material.

Would Lewinsky have faced sanctions if the dress were responsive in a civil action and she had dry cleaned it? Not under Rule 37(e) because it’s not electronic evidence. However, don’t be to quick to rely on such loopholes: as noted above, a judge has other tools at her disposal.

In the years after the Clinton administration, the former first lady had gone on to become a US senator, the US secretary of state, and the Democratic Party nominee for president. Her email troubles stem from her time as secretary of state.

The controversy stemmed from Secretary Clinton’s placement of a private email server in her home where she conducted State Department business on the private server, a decision Clinton has admitted was a mistake.

Ironically, it was also revealed that members of the George W. Bush administration conducted official government business on the servers of the Republican National Committee—perhaps a more egregious offense than Secretary Clinton’s. (We’ll be discussing these issues in the Relativity Fest session, e-Discovery with the Government: What You Need to Know.)

The Clinton email saga also goes to show the dangers of comingling professional and personal email.

FBI Director James Comey’s letter to Congress, in which he told of new developments in the Clinton email investigation, stemmed from work email of Clinton advisor Huma Abedin being on the same laptop used by her husband, former congressman Anthony Weiner, when engaging in inappropriate electronic communication with an underage recipient.

Weiner was sentenced to prison this week, and Clinton blames the Comey letter for her election loss to Donald Trump.

Practitioners should remember that discovery in criminal matters can affect civil litigation—such as the Judicial Watch litigation over Clinton’s email—or even a presidential election.

It may be due to a couple of lawyers having an ill-advised conversation at lunch.

Not only did Vogel manage to take notes of the lawyers’ conversation, he also managed to snap a photo of the blabbering lawyers to augment his Times article.

Judge Andrew Peck has often conducted his “Peck Poll” on the use of Fed. R. Evid. 502(d), which protects the inadvertent disclosure of privileged information with a court order.

However, not even Judge Peck’s beloved Rule 502(d) could save the president and his lawyers on this one.

Whether it was failure to stop production of a privileged document in a very small production in Montanans for Cmty. Dev. v. Motl, or a flustered patient giving opposing counsel’s doctor privileged information in Justus v. Ethicon, neither Rule 502(d) nor its companion rule 502(b) will save you for a truly careless waiver.

We’ve said more than once that e-discovery is everywhere, and these political discovery disputes bring home that point.

It’s also important to note the variety of data sources ending up in litigation today. Sure, we have traditional email, but in these scandals we have also audio tapes, cocktail dresses, and adult multimedia content.

In its 2011 report, Motions for Sanctions Based Upon Spoliation of Evidence in Civil Cases, the Federal Judicial Center reported that 40 percent of spoliation cases involved ESI only. Another 13 percent involved ESI and paper, meaning that just over half the cases had at least some ESI.

What may come as a surprise is that 21 percent of the spoliation cases involved tangible evidence and another 18 percent involved paper only.

We should also realize that the law treats different evidence differently. After all, that infamous blue dress doesn’t fall under the much-discussed changes to Rule 37(e).