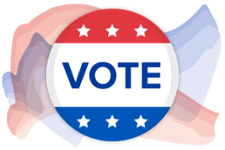 Election Day and the 'Impossible' Feats of e-Discovery

WrestleMania 2016—you may know it as the 2016 United States presidential race—is coming to a close, and there have been dire predictions about the end of the nation, democracy, and society. These predictions are based, at least in part, on so-called “unprecedented” technology threats and legal threats.

As if this weren’t enough to bring the legal technology community to the ring, questions over the dissemination of government email have made e-discovery itself part of the presidential race. These questions have culminated in disbelief and doubt over what’s really possible in email and document review.

Despite what you may have heard during campaign season, a quick trip through history tells us we’ve faced—and overcome—greater challenges in the past.

Let’s consider a few of those challenges while remembering the adage, “for most problems technology may create, more technology can solve them.”

Both major parties in the election have used the term “unprecedented” or its synonyms throughout the election season to tell us we’re all toast because we’ve never faced anything like the challenges we face today.

But could the 2016 presidential combatants be wrong?

One side claims we’ve never faced anything like the threats from abroad we face today.

Not to downplay the serious nature of today’s global issues, but many people know someone who was alive on the evening of December 7, 1941. On that evening, half the US Pacific Fleet had just been destroyed, thousands of Americans had just perished, and the nation and her allies were about to be in a war against two of the biggest military machines the world has ever known.

Nations around the world joined together, democracy overcame those tremendous challenges, and society went on to prosper.

One could argue technology makes things different today. Nefarious forces from afar can hack into our offices, our homes, and even our refrigerators. Both major parties trade accusations about foreign nations hacking our communications—as if it’s a new, 21st Century thing.

It’s certainly true that digital security is a serious issue for everyone, including legal technology professionals, but let’s take things in context.

As a recent publication of the National Geographic Society noted, nations were conducting their hacking with codebreaking over seven decades ago, hiding sabotage gear and radios in baby carriages, and using purses with spy cameras. Such communications hacking was accompanied by violin cases filled with bomb-making materials and pistols disguised as smoking pipes.

While one side in the election warns we face unprecedented foreign threats, another side claims we’re experiencing unprecedented legal threats to a fair election: an FBI announcement related to a criminal investigation involving one of the candidates a mere 11 days before the election.

But is it really unprecedented? The incumbent president in the election of 1992 might disagree.

Ironically enough, the purported beneficiary of this legal move was the husband of one of this year’s presidential candidates.

The FBI announcement 11 days before Election Day is the legal technology angle that brought the e-discovery community into the presidential race.

Taking the discussion from politics to e-discovery, things boiled down to one question:

Is it possible to review approximately 650,000 emails in eight days?

One of the candidates, and others, have said you can’t review over half a million emails in just over a week.

But is it possible the naysayers are wrong again?

As many across the nation and in the media pondered the question, the e-discovery community was quick to point out that it really can be done.

To add to their examples, in one legal matter—interestingly enough, involving the FBI’s Justice Department colleagues—law firm McDermott Will & Emery used legal technology to help Anheuser-Busch’s legal team review approximately 3.7 million documents in six weeks, which is more than 650,000 documents in eight days. We’ll spare you the math.

And Dickinson Wright was able to review 500,000 documents in about 90 hours. (Yes, that can be done in 8 days if your team puts in a few long ones, which an investigation like this would definitely warrant.) Meanwhile, Troutman Sanders and the law firm’s e-discovery subsidiary, Troutman Sanders eMerge, faced an e-discovery project with about 742,000 documents. The firm used email threading to eliminate 148,329 emails with 85,224 attachments—a handy ability if one has to get through hundreds of thousands of emails on short notice.

Of course, these are only a few examples of the Relativity community’s ability to perform legal technology feats some say are simply impossible. Many e-discovery service providers, including—but certainly not limited to—e.law and Shepherd Data Services—accomplish similar feats in productions of various sizes.

So as you go to the polls today—or simply celebrate the (temporary) cessation of mudslinging political ads—remember you’re part of a growing industry in a great profession in a great society of nations.

When you hear, see, and read the gloom and doom, whether it’s for political purposes or maybe even to increase ratings, remember there are very few things in life that are unprecedented.

Some say we’ve never faced threats as bad as ones we face today, some say there’s never been a last-minute legal move before an election, and some say you can’t review 650,000 documents in eight days. None of those claims is really true.

Sure, we face challenges in politics, law, technology, and e-discovery as we always have, but the world is most likely not coming to an end anytime soon. Sure, our refrigerators may be able to spy on us, but early eras had those pesky clandestine baby carriages.