Your Daily Diversion: The Law of March Madness 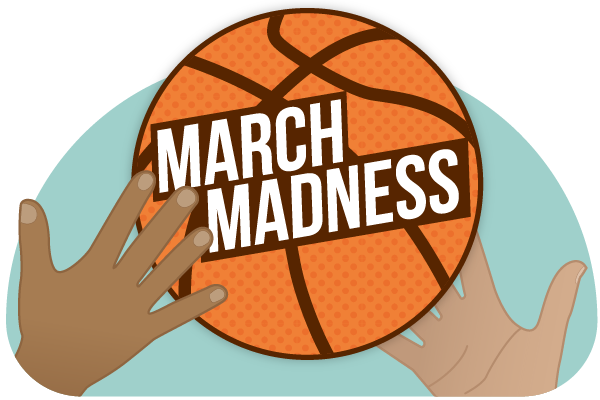 March Madness has become an American tradition. Approximately 350 million people discuss it on social media during the month of March, and it generated a broadcasting rights deal of an estimated $8.8 billion in 2016.

But what exactly is March Madness?

If you said it’s the National Collegiate Athletic Association (NCAA) Men’s Division I Basketball Championship, most people would agree with you.

However, lawyers aren’t most people, and—for better or for worse—we tend to make things complicated, as we discovered in the Fifth US Circuit Court of Appeals case, March Madness Ath. Ass’n v. Netfire, Inc.

It turns out defining March Madness involves a car dealership, a towel service, some marketers for the Dallas Cowboys, the Lanham Act, the Anti-Cybersquatting Consumer Protection Act, and a 1942 poem about the Illinois High School Association’s Annual Boys’ Basketball Tournament.

Over the ensuing 35 years, the phrase has become a nickname for the annual spectacle, and CBS, the licensed broadcaster of the tournament, has used it ever since.

The NCAA began licensing “March Madness” in 1988, along with other tournament-related trademarks, but—due to concerns about the NCAA’s non-profit status—it licenses all its trademarks to an outside entity, Intersport, which in turn licenses the marks to users.

However, if you thought the NCAA was first to use or trademark the phrase March Madness, you’d be wrong.

Founded in 1900, the Illinois High School Association (IHSA) has a long and storied history. The association started its boys’ basketball championship in 1908, over three decades before the NCAA Tournament began in 1939.

In 1942, almost half a century before Musburger first described the NCAA Tournament as March Madness, a poem about the IHSA Tournament contained the following verse:

And a million motors hum

In a good will flight on a Friday night;

A sharp-shooting mite is king tonight.

The Madness of March is running.

And field goal hunters are gunning.

Whatever one might think of the poetry, it does show the IHSA beat the NCAA to the punch on referring to basketball as March Madness.

IHSA first tried to register “March Madness” as a trademark in 1990, but discovered another organization, Intersport, had obtained a registered service mark for the phrase the previous year, claiming it had used the phrase in commerce since 1986.

IHSA filed a petition to cancel Intersport’s registration, but the association decided to make trademark peace with Intersport, and the two organizations formed March Madness LLC, to hold the trademark. However, Intersport later assigned its rights to the name to IHSA in exchange for a perpetual license to use the name and a share of IHSA’s royalties.

The Illinois association began using the terms “America’s Original March Madness” and “March Madness Experience.” Although IHSA licensed the mark to other states for a mere $10, it began enforcement actions against organizations using the mark without permission, including enforcement letters to CBS, Oldsmobile, a car dealership, and a towel service.

In 1996, IHSA sued an NCAA licensee of March Madness, arguing IHSA owned exclusive rights to the commercial use of “March Madness” in relation to basketball. However, the Seventh US Circuit Court of Appeals held in IHSA v. GTE Vantage, 99 F.3d 244 (7th Cir. 1996) that IHSA had no rights over March Madness in relation to the NCAA Tournament.

After the Seventh Circuit’s decision, the IHSA and the NCAA engaged in years of negotiations before agreeing to form March Madness Athletics Association (MMAA), an Illinois limited liability company to which both associations assigned their rights to the mark “March Madness,” with each association receiving an exclusive perpetual license.

All was well until some guys from Texas came along.

Because Dirk Brinkerhoff wanted a website focused on the NCAA Tournament, he asked Jones to acquire the website, marchmadness.com. Jones found the domain name was available, and he agreed to acquire it.

Having acquired hundreds of websites for clients, Jones said his customary procedure was to simply determine whether the domain names were available without researching trademark implications. He testified he would have registered mcdonalds.com if a client has asked him to do it.

Unfortunately for Brinkerhoff and Jones, by the time Jones got around to registering marchmadness.com, he discovered someone had beaten him to it. As a backup, Jones, through Netfire, registered march-madness.com.

Netfire countered that the term March Madness was generic, making the trademark invalid. After a bench trial, the US District Court for the Northern District of Texas rejected Netfire’s argument, holding that “March Madness” was a protectable trademark because it was a descriptive mark that had taken on secondary meaning and that the marchmadness.com domain name created a likelihood of confusion. Interestingly enough, the court relied in part on survey data indicating almost 70 percent of people associated “March Madness” with basketball and 61 percent of those people believed it was a trade name.

For the e-discovery purist, March Madness may not matter that much—this is your end-of-week diversion, after all. Having said that, there are some takeaways.

As with almost any 21st Century legal matter, email played a role. For instance, email conversations revealed discussions at Netfire about removing the word “official” from marchmadness.com.

There’s also the co-occurrence of e-discovery law and trademark law.

Besides e-discovery often being an issue in trademark cases, e-discovery law and trademark law are similar in that they rely on everyday discourse.

For instance, in determining the likelihood of confusion in March Madness, the district court noted both The New York Times and USA Today had crossword puzzles where the clue was “March Madness org,” and the answer was “NCAA.”

So, as you watch your bracket bust or bring you to the Promised Land of legal—or illegal—betting, remember there’s a legal proceeding behind just about everything you do in life.