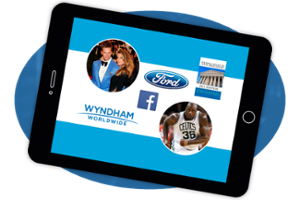 Predicting what courts will do is tough business—especially when the pertinent Federal Rules of Civil Procedure have been changed. However, after the first two months of 2016, we’ve found the legal trends we covered in our kCura 2015 Data Discovery Case Law Year in Review e-book have continued into 2016.

For those of you who haven’t seen it yet, we’d like to take you on a tour of the Case Law Year in Review. From the NFL’s Deflategate to technology-assisted review (TAR) getting a judicial blessing on the banks of the Thames, we’ll examine some of the trends in our Case Law Year in Review that we’ve seen thus far in 2016.

When looking at e-discovery and other data law issues that were big in 2015 and continue to be significant in 2016, rules and regulations come to mind. Specifically, among the biggest issues were the e-discovery amendments to the Federal Rules of Civil Procedure in the United States and the pending General Data Protection Regulation in the European Union.

Of course, there were many other important topics, including social media, sanctions, and the general admissibility of electronic evidence.

For the Case Law Year in Review, we selected 18 of the most significant cases of the year, covering cases from each geographic region of the U.S. Courts of Appeals addressing a wide variety of topics. Among the trends we’ve seen are e-discovery becoming a part of everyday life, evidence spoliation continuing to be litigated, the increasing judicial acceptance of technology-assisted review and, of course, in the final month of the year, courts grappling with the Federal Rules amendments.

In the ancient bygone era of—oh, let’s say 2003, e-discovery was seen as a bizarre aspect of the law performed by techno-geek lawyers cloistered in server rooms. Although there are certainly still technically oriented counsel hanging out in server closets, e-discovery is now part of everyday life.

It was also big e-discovery news with Tom Brady destroying his mobile phone in an alleged attempt at evidence spoliation. (Brady denied nefarious motives.) Deflategate reminded us that e-discovery is a ubiquitous part of American life, and the trend has continued in 2016.

In the Case Law Year in Review, we tell you about Binion v. O’Neal, a case involving alleged questionable activities on Instagram by the former National Basketball Association star, Shaquille “Shaq” O’Neal. The case has continued into 2016, and it continues to provide lessons in emerging technologies.

The 2016 proceedings in this case serve as a great practice pointer for attorneys and legal teams in litigation. The litigators in this case learned the hard way that misinterpreting local rules can be expensive.

Despite the language of the local rule and O’Neal’s presence via Skype for portions of the mediation, the court held that sanctions were appropriate. O’Neal’s lawyers must cough up more than $8,000 in cash to compensate plaintiff’s counsel for attendance at the mediation without Shaq. The court reached the figure by calculating the cost of three lawyers billing 9.5 hours each at $300 per hour, plus travel expenses.

Pyrrho, the first known judicial approval of TAR in the United Kingdom, signals two important trends we saw in 2015 and we’ve seen continuing thus far in 2016: 1) the growth in international e-discovery, and 2) the greater judicial acceptance of TAR, including overseas, with two nations now having joined the United States in approving TAR.

Social media have been one of the most transformative forces in e-discovery over the past few years. In the Case Law Year in Review, we bring you court treatment of social media in e-discovery, including Binion v. O’Neal discussed above and D.O.H. v. Lake Cent. Sch. Corp.

A lesson for lawyers using social media in their jobs: You can’t do that. In addition to being fired from his prosecutor’s position, Brockler received a one-year stayed suspension.

As we note in the Case Law Year in Review, between December 1, 2015, and the end of the year, courts used both the old version of the Federal Rules of Civil Procedure and the new version that took effect on December 1. Most observers believed the rules in every federal case would change on that date, but that’s not really the case.

Courts are allowed to make that choice between the old and new rules because the order from the U.S. Supreme Court on the amendments provided the rules “shall take effect on December 1, 2015, and shall govern in all proceedings in civil cases thereafter commenced and, insofar as just and practicable, all proceedings then pending.” (emphasis added)

For instance, since the first of the year, eight courts have addressed the issue of the amendments to Fed. R. Civ. P. 37(e). Three of the eight cases discussed courts having the discretion to use whichever rules would be “just and practicable” if litigation commenced—but not completed—before the December 1 effective date.

In one of the decisions, Stinson v. City of New York, the court elected to use the old rules.

“Since the motion was fully submitted prior to the effective date of the new Rule, and because the parties have not briefed these issues, it would not be ‘just and practicable’ to apply the new Rule here,” the court wrote in its January decision.

We encourage you to use the kCura 2015 Data Discovery Case Law Year in Review as a quick reference to some of the most important e-discovery cases of 2015. We’ll bring you the best of e-discovery case law in 2016 here at The Relativity Blog, in e-books, on webinars, and, of course, at Relativity Fest 2016 and other industry conferences.

We hope you’ll join us. It promises to be a wild ride.