7 Binge-Worthy Documentaries for Every e-Discovery Fanatic 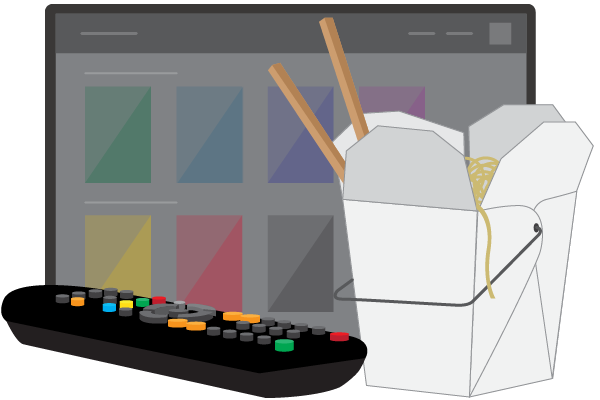 In an industry full of legal and tech nerds, there are bound to be a good amount of documentary junkies (myself included). While I tend to gravitate towards the goosebumps-inducing, can’t-sleep-at-night true crime stories—I’m talking about you, Mommy Dead and Dearest—I’ve stumbled upon a few documentaries emphasizing the two things that drive the e-discovery community: justice and technology.

So, if you’ve been searching for weekend plans, look no further. Find your favorite spot on the couch, order some takeout, and cozy up with these seven documentaries.

Cryptocurrency became a hot topic when the value of Bitcoin, the most common cryptocurrency, skyrocketed last year. While masses jumped on the Bitcoin bandwagon, many are asking: where did Bitcoin come from, what exactly is the blockchain, and how might cryptocurrencies impact our financial system? This documentary takes a crack at answering these questions.

Many cryptocurrencies allow for anonymous payment, leaving the door open for regulatory and legal issues as well as challenges during e-discovery. And let’s be honest: most people don’t understand blockchain technology, cryptocurrencies, and their potential impact on our financial system in general. Check out Banking on Bitcoin for a crash course. Watch it on Netflix.

It was hard to miss news about the Ashley Madison cyber attack. A website designed to help married individuals find side chicks was hacked, leaving millions of users’ email addresses exposed. The documentary takes a critical look at Ashley Madison’s questionable business practices and why they were targeted.

While the Ashley Madison hack garnered a lot of attention, likely due to its unique and dramatic story, cyber attacks are far from rare. Every organization is a potential target, making data security more important than ever. No matter what you think about the company’s product, everyone should see how this cybersecurity story unfolded. Watch it on Netflix.

This documentary takes a serious look at mass incarceration in the United States and the role that race plays. From slavery to Jim Crow and the war on drugs, 13th explores systemic racial issues throughout United States history and how minority communities are disproportionally affected in our criminal justice system.

While e-discovery pros tend to work in the realm of civil litigation, it’s important to keep up on the criminal justice system. This eye-opening documentary is a must-watch for anyone interested in the United States legal system. Watch it on Netflix.

Following the 2008 mortgage crisis, many financial institutions were fined for their actions, but only one faced criminal charges. Abacus Federal Savings Bank is a family-owned bank serving New York’s Chinese-American community. Attention was brought to the bank when one of its loan officers, Ken Yu, was accused of fraud. The documentary follows the Sung family as they defend their business during a five-year legal battle.

Abacus made it clear that your case is more than just your documents—it’s about the story behind them. While the Sung family willingly offered up documents Yu had falsified, the challenge was proving the bank wasn’t behind the fraud. Watch in on Amazon Prime Video.

Through the stories of two families, I Am Jane Doe enlightens viewers about the fight against Backpage.com, a classified advertising website used to traffic underaged girls. The documentary follows the mothers of two victims and their lawyers as they embark in legal battles against Backpage. It also provides a look into the congressional investigation into online human trafficking.

It’s been difficult to bring charges against Backpage because of the Communications Decency Act, which states that websites aren’t liable for user-generated content. The Fight Online Sex Trafficking Act (FOSTA) that President Trump signed this month alters the law protecting websites from liability for content posted by their users, bringing human trafficking to the center of internet rights controversy. Watch it on Netflix.

Anthony Weiner has become the poster boy for a certain type of political scandal, which includes inappropriate text conversations and photos. This cautionary tale follows Weiner and his wife, Huma Abedine, during his 2013 New York City mayoral campaign. While it looks like the public is ready to forgive Weiner for the behavior that led to his 2011 resignation from Congress, new revelations shift the tone of the campaign.

As many e-discovery professionals have experienced, you don’t always know what’s in your data until you start review. When the FBI seized Weiner’s computer to investigate claims of explicit correspondence with a 15-year-old, they discovered potentially confidential emails between Hillary Clinton and Huma Abedine, an aide to Clinton, causing the scandal to seep into the 2016 presidential election.

Politics aside, Weiner offers a unique and captivating view into his mayoral campaign. Watch it on Hulu.

Bryan Fogel set out to document an experiment about illegally doping for athletic performance. When he’s connected with Dr. Grigory Rodchenkov, the director of Russia’s national anti-doping laboratory, the story takes a thrilling—and terrifying—turn. Dr. Rodchenkov reveals that he was hired to oversee Russia’s Olympic doping program, which launches investigations by the Worlds Anti-Doping Agency and the International Olympic Committee, and puts him in danger.

Dr. Rodchenkov provided incriminating evidence, resulting in Russia being banned from the 2018 Olympics. While collecting all of the data wasn’t an option in this situation, Dr. Rodchenkov turned over the necessary documents to bring the truth to light. Watch it on Netflix.

RBG—a documentary about how Ruth Bader Ginsburg has transformed the legal industry for women—will be in theaters on May 4. Because this one isn’t out yet, I haven’t seen it and can’t officially recommend it, but the trailer has me hooked.

8 of Our Favorite Songs on the Soundtrack of e-Discovery