An Introvert's Guide to Networking 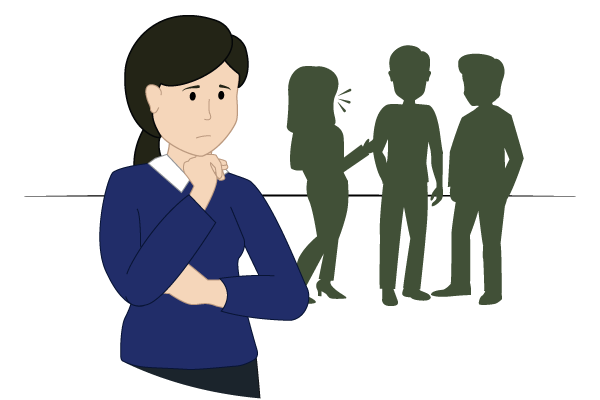 Everyone needs a network—it’s a great way to share ideas, learn new things, and connect with like-minded individuals. Even if your job doesn’t involve sales or regularly interacting with customers, networking is important. Networking helps you build relationships and strengthen your personal brand. Whether you think you have a personal brand or not—you do.

We hosted a session about networking at Relativity Fest 2017 to offer tips that attendees could put into practice at the conference. Networking all-star Doug Kaminski, director of major accounts at Relativity, joined us to offer some of his fabulous tips and tricks for both in-person and social media networking, which were extremely helpful to us and our attendees.

During the interactive session, we found that many of the attendees labeled themselves as introverts and wanted advice on how to better network. This isn’t uncommon in the legal space; according to the legal training and placement firm Wisnik Career Enterprises, 60 percent of lawyers are introverts. Beyond this stat, many in our legal tech space are analysts and introverts, desiring to build a network but unsure how to start.

While extroverts tend to be energized by large events with lots of people, introverts are more likely to be drained by these types of events. However, it’s not that introverts are bad at networking. They just need the right tools to make the experience more comfortable. Here are some tips for introverts looking to spread their networking wings.

When you’re going to a networking event, it can help to set goals. Whether you’re continuing a relationship or starting a new one, having a list of people you’d like to meet allows you to make sure you build the right connections by the end of the event.

A self-proclaimed introvert in the audience came to the front of the class to share what helps her when it comes to networking. Christine Chalstrom, president and CEO of Shepherd Data, said that because she has a hard time remembering faces, she’ll create a cheat sheet of who’s who. She also prepares questions that she’d like to ask people, especially if there’s someone she’s very excited to meet, such as Judge Peck.

While you might not be able to get a list of people who are going to the event, Doug pointed out that if the networking event is taking place at a conference, speakers from sessions are likely to attend. No matter what your goals are, ask your friends and colleagues to see if they’re planning to attend. It’s always nice to have a friendly face and a place to start.

2. Bring a Wingman and Find the Sweet Spots

If you have an entrance plan, everything is easier. Start by finding a wingman or two to go with you. It’s helpful to have a wingman who’s extroverted to help break the ice and introduce you to people.

If you’re flying solo, find someone you already have a relationship with. You’ll build up some confidence to talk to new people.

It also helps to gauge the room to get an idea of who's there. Once you have an idea of who’s in attendance, it’s easier to decide where you want to go.

To ease into the situation, try chatting with people waiting in line at food and drink stations or other general gathering areas. It’s not as threatening as walking up to a table of people already in conversation. You may also look for others who are not yet engaged in conversation and may be looking for someone just like you to talk to. In social settings, some people feel more comfortable with a drink in hand. A ginger ale or sparkling water with a slice of lime is always a good go-to networking drink.

3. Don’t Get Intimidated by Cliques

If you're at a packed event and there's a group in a closed circle, it can be difficult to break into it. If there's one person you know in the group, walk over and let them know you see they’re in the middle of a conversation, but you just wanted to say hi. If they engage, then you have an in to join the group. Nine times out of ten, they will introduce you to the other people in the circle. If I don't know anyone in the group, you can try to use information about someone in the circle to make an introduction. This is one way your research comes in handy.

It’s possible the body language of the group will inform you that it isn’t a good time. In that case, make your exit and move on to another group. You get turned down sometimes. It’s important that you don't take it personally.

Back from the audience, Christine added that you should keep this in mind when you’re in a group of people. Keep a look out for people who are trying to make an introduction and make it easy for them to get into the circle.

Because it can be difficult for introverts to break into groups at events, she recommends networking in sessions. She likes to find a common interest, such as technology or the session topic, to help start a conversation.

While networking can feel uncomfortable and draining for introverts, don’t be discouraged. Try out some of these tips, practice, and find what works for you.

Kaylee Walstad is the director of strategic partnerships of the ACEDS.

Where Everybody Knows Your Name: 6 Networking Groups for In-House Counsel

What's the Toughest Challenge for Women in e-Discovery?

5 More Tips to Nail Your Next e-Discovery Presentation