Analytics, Disruption, and the Hybrid Path to Adoption 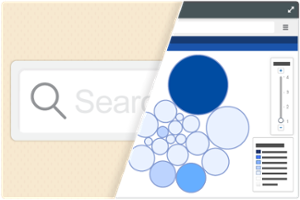 A disruptive technology is one that significantly alters the way that businesses operate. It may force a company to change the way it approaches its business, lest it risk losing market share or, worse, becoming irrelevant. Clayton Christensen popularized the idea of “disruptive technologies” or “disruptive innovations” in his book The Innovator's Dilemma in 1997.

In e-discovery, keyword search and manual review have long been staples for exploring the depths of a case. We’ve since developed new technological tools—quite possibly, industry disrupters—that are proving to be fast, accurate means of discovering the truth of a case. Though courts have deemed technology-assisted review (TAR) methods acceptable and even recommended, there’s sometimes a real hesitancy to adopt them. Many cases at their outset are still driven by instinctive selection of keywords before either side has their arms around the matter.

I can’t help but remark on a handful of examples from other industries—the first two from Christensen’s book, and one of my own—that parallel the evolution, wonder, skepticism, and barriers to adoption we’re experiencing in today’s legal technology environment, and how we might move forward. The history of innovation is full of incredible inventions, including many that seriously disrupted the routines of industries they most affected. The shock of these changes was assuaged by first ushering in new technology in a hybridized form—and the analytics technologies now impacting the legal community are no exception.

For centuries, ocean-going vessels relied on sails and wind power alone. The 1800s brought the advent of the steam engine, which promised freedom from the limitations of low wind and poor weather. In its early days, the steam engine brought its own set of challenges, including unreliability and huge operational costs. The adoption process for steam engine power relied on a hybrid model, where ships used both sails and steam engines for a period of time. As technology improved and steam engines became faster and more reliable, sails were phased out. With continued innovation, steam engines were replaced with gasoline combustion engines, and later, by diesel. But for this period of time as well, a hybrid method was key to bridging the transition from standard technology to new.

Explore any construction site and you’re bound to find an excavator. Also known as “diggers,” these powerful shoveling machines help us dig huge holes, trenches, and foundations. Early excavators used a series of cables and pulleys to maneuver the machine’s arm and bucket. But there was a problem: these cables were under tremendous tension and when they broke, anything and anyone nearby could get wiped out. Beginning in the early 1960s, hydraulic technology began to replace the cable/pulley system. For a period of time, excavators used hybrid systems of cables and hydraulics. By 1985, cable-operated excavators were virtually extinct, along with some companies that failed to make the change.

Though electric cars are becoming hot right now, it may surprise you to learn that the technology isn’t new. The Department of Energy called the 1900s electric cars’ “heyday.” But a few factors led to gasoline overpowering electricity in the automotive industry during that time: Henry Ford introducing his relatively affordable Model T; the discovery of crude oil in Texas, which made gasoline more widely available; and the scarcity of electricity in rural areas.

While gasoline-powered vehicles are still considered the norm, many recognize their negative impact on the environment and the risks of remaining reliant on nonrenewable fossil fuels. For consumers unwilling to jump directly from a gasoline to a fully electric vehicle, there are a variety of hybrid models available, which offer the flexibility of running on either gasoline or electricity. During this transition period, auto makers have been improving the technology—with better gas mileage and longer distances between charges—and we’ve had time to build out an infrastructure of public charging stations.

Keyword search has been the darling of the e-discovery industry for the past twenty years. I had been a self-proclaimed keyword fanatic myself, until I set up an experiment comparing keyword search and TAR to gauge just how useful the new technology was. My experiment results convinced me of TAR’s strength, but also that keyword search still has its place in contemporary e-discovery.

The sheer volume and complexity of today’s data demand a full toolkit. Relying on one technique for e-discovery is like a chef attempting to cook a five-course meal using only her cleaver—though a cleaver certainly has its purpose, there are plenty of other useful kitchen tools necessary to make meal preparation more precise and efficient. In our practice, we find that combining several methods produces the best results: for example, email threading can painlessly help tidy our information universe. Keyword expansion, concept search, categorization, and cluster visualization tools help us further organize data and understand the substance of a case.

Analytics technology continues to be refined. It’s important to note that in the earlier examples of disruptors, the total disruption cycle took decades—even centuries—to play out. Technology advancement continues to accelerate. Someday, artificial intelligence may play a much larger role in information retrieval, and keyword searching may fade away. But until then, I advocate for the use of keywords alongside concept search, clustering, categorization, and other analytics tools. This hybrid approach will propel us into the e-discovery of the future—lest we stubbornly cling to our keyword sails in a world of analytics engines.

Mike Hagen is manager of litigation technology at Procopio, Cory, Hargreaves & Savitch LLP. He has more than 20 years of experience in litigation support.

Getting Started with e-Discovery Analytics: What Experts Say to Try First

[Infographic] Analytics by the Numbers: Telling the Story of Analytics in e-Discovery