At the Border and Beyond: e-Discovery Aspects of Criminal Matters and Investigations 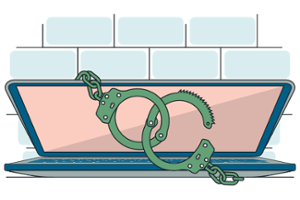 As we discussed at Legalweek’s Legaltech 2017, e-discovery has been a crucial part of complex commercial litigation, but it hasn’t been a traditional priority in criminal matters.

With the proliferation of digital data, e-discovery is not only becoming more of an issue in criminal matters—it’s sometimes becoming just as important as it is in civil litigation.

Whether it’s devices tracking our activities, laptops at international borders, or data from thermal imaging devices detecting marijuana-growing operations, e-discovery is an issue in criminal matters.

Just as civil litigants have a duty to preserve and produce electronically stored information (ESI), so do criminal defendants—and government prosecutors, as well. e-Discovery isn’t just for commercial litigators anymore.

The session kicked off with a discussion of State v. Bates, a case involving police attempts to obtain Amazon Echo data in a murder investigation. Amazon Echo, which offers Amazon’s Alexa Voice Service, is a wireless speaker and voice command device with a seven-piece collection of microphones. Echo can use either “Alexa” or “Echo” as a “wake” word, triggering the device to record the user’s requests, execute commands, and offer helpful advice.

Not only did investigators seek the Echo data, they obtained digital data from a specialized water meter with hourly water usage computations in prosecution efforts to show Bates’s inordinate consumption of water during a one-hour period resulted from his washing blood from the crime scene.

Such evidence wouldn’t have existed only a few years ago. We’ve discussed how personal data from sources such as Facebook and other forms of social media are important in the civil context, and Bates illustrates how personal digital data can become central to a criminal case, as well.

However, there are some differences, most notably stemming from the Fourth Amendment to the US Constitution.

For instance, in Bates, defense counsel Kimberly Weber argued the search of the Echo data was improper because Bates had a reasonable expectation of privacy in his data collected by the Echo.

In essence, although police and prosecutors can search and seize your data in a criminal matter rather than going through the niceties of a document request, the Fourth Amendment will often provide extra protection for the person being investigated, requiring police and prosecutors to obtain search warrants.

Of course, not all criminal law electronic discovery matters involve futuristic technologies such as the Echo or smart water meters.

According to US Customs and Border Patrol, approximately one million people enter legally into the United States each day at airports, ports, and geographic borders, including just under 500,000 people entering the US daily at the US-Mexico border.

Many of those people are traveling with ESI on laptops, tablets, smartphones, and other digital devices, and e-discovery issues sometimes ensue.

For instance, in United States v. Cotterman, 709 F.3d 952 (9th Cir. 2012), border agents at an Arizona port of entry at the US-Mexico border seized the laptop of Howard Cotterman as he and his wife were returning from a vacation in Mexico, in part due to an alert based on Cotterman’s conviction for child molestation 15 years earlier.

An initial search at the border turned up nothing illegal. However, some files on the laptop were locked, and after authorities shipped Cotterman's laptop 170 miles away and subjected it to a comprehensive forensic examination, images of child pornography were discovered.

As we discussed with US Magistrate Judge David Waxse (D. Kan.) at Relativity Fest 2016, decisions such as Kyllo v. United States, 533 U.S. 27 (2001), a case involving police use of thermal imaging technology to detect a marijuana-growing operation, have established a Fourth Amendment check on police use of technology in criminal investigations.

However, the border is different. In cases going back decades, including United States v. Ramsey, 431 U.S. 606 (1977), courts have held border searches constitute an “historically recognized exception to the Fourth Amendment's general principle that a warrant be obtained.” Nevertheless, as the court noted in Cotterman, courts have rejected an “anything goes” approach at the border.

In Cotterman, a US district court granted Howard Cotterman’s motion to suppress evidence seized from the laptop, holding the forensic examination constituted an “extended border search” requiring reasonable suspicion. The court ruled the alert and the locked computer files were suspicious but that they did not create a reasonable suspicion of criminal activity.

However, a divided Ninth Circuit reversed, holding the totality of the circumstances created the reasonable suspicion required for the search.

Why e-Discovery in Criminal Matters Matters

Some of the e-discovery issues in these criminal law matters could be ripped from today’s contentious headlines. For instance, the court in Ramsey recognized “the long-standing right of the sovereign to protect itself by stopping and examining persons and property crossing into this country.”

On the other hand, although the court in Cotterman upheld the laptop search, it recognized “the potential unfettered dragnet effect,” calling it “troublesome,” and noted, “suspicionless comprehensive forensic computer searches” can intrude upon “privacy and dignity interests to a far greater degree than a cursory search at the border.”

In a potential parallel between civil and criminal e-discovery, one of the reasons the Cotterman court allowed the search despite its concerns about the troublesome unfettered dragnet was because it reasoned, “the government—for now—does not have the time or resources to seize and search the millions of devices that accompany the millions of travelers who cross our borders.”

Thus, the court believed, “as a matter of commonsense and resources, it is only when reasonable suspicion is aroused that such searches will take place.”

But, is that really the case?

Criminal e-discovery matters because technology changes the rules of the legal ballgame. Just as technological advances change what is reasonably accessible under Rule 26 in civil matters, advances in legal technology are making it cheaper and easier for the government to conduct searches in criminal matters.

To protect the public while still respecting civil liberties, the law—both civil and criminal—needs to keep pace with technology. It’s easier said than done.

Analytics to the Rescue: A Trilogy of Crises Averted