Brandi the Cheerleader, Social Media Law, and the Limits of Free Speech Off-Campus 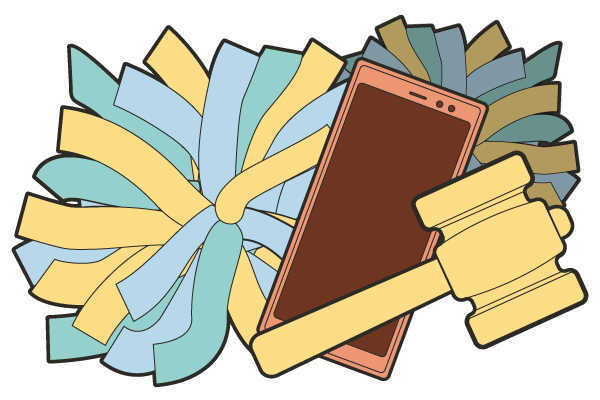 Author’s Note: On June 23, 2021, the U.S. Supreme Court held for Brandi in an 8-1 decision. As discussed in the piece below, a central issue was the “disruption” standard the Supreme Court articulated in Tinker v. Des Moines Ind. Sch. Dist., 393 U.S. 503 (1969). Following Tinker, the High Court did not believe Brandi’s off-campus Snapchat post was sufficiently disruptive to the school. Thus, the Supreme Court held, the school district violated Brandi’s First Amendment rights.

From “Bong Hits 4 Jesus” to black armbands during the Vietnam War, the jurisprudence of student speech has made it to the United States Supreme Court multiple times—with the High Court issuing important rulings over the years.

As in so many areas of modern life, electronic data complicates things.

This morning, April 28, the U.S. Supreme Court hears oral arguments in Mahanoy Area Sch. Dist. v. B.L., a case pitting a high school cheerleader and her parents against a school district over the then 14-year-old’s online rant of rejection. The court is left with a perplexing question:

Can public schools regulate speech that would materially and substantially disrupt the work and discipline of the school, if the student speech occurs off campus—and in this case, online?

Making the Squad (or Not)

What could be more important than being a cheerleader for the Mahanoy Area Golden Bears?

When 14-year-old cheerleader Brandi Levy was rejected in her attempt to upgrade from the junior varsity to the varsity squad at Pennsylvania’s Mahanoy Area High School, Levy did not go gently into that good night.

Instead, she did what many teenagers in the Digital Era do when things go wrong.

She took to Snapchat.

Crestfallen at the rejection, Levy authored a Snapchat missive her lawyers described as a “colorful expression of frustration.”

In this case, a fellow cheerleader—whose mother happened to be one of the cheerleading coaches—took a screenshot of Levy’s post. Now, not only was Levy relegated to the JV squad instead of what she considered her rightful place on the Golden Bear varsity squad, she was suspended from the team entirely for a year.

Declining to leave the episode as a social media learning experience, Levy and her parents sued.

Brandi the Cheerleader Goes to Court

Levy, by and through her parents, Lawrence and Betty Lou Levy, sued the Mahanoy Area School District, arguing the school’s actions against Levy constituted government limitation of her free speech rights in violation of First Amendment to the U.S. Constitution.

There may have been death penalty cases or complex commercial litigation on the docket, but that didn’t stop the U.S. District Court for the Middle District of Pennsylvania from swinging into action here, issuing a temporary restraining order restoring Levy to the cheerleading squad the day after the Levys filed their civil action.

Not only did the district court issue the restraining order, it granted summary judgment to the Levys, awarded them nominal damages, and ordered any record of the incident to be expunged from Brandi Levy’s record.

Victory for Brandi the Cheerleader was short-lived.

The school district appealed to the U.S. Court of Appeals for the Third Circuit, but the appellate court also held for the Levys. However, on January 8, 2021, the U.S. Supreme Court granted certiorari, agreeing to hear the school district’s case.

To better understand the rationale of the courts, it’s worth a quick tour through student speech jurisprudence.

In the middle of the Vietnam War, three students wore black arm bands to school to protest United States involvement in the war. The school suspended the students, and the students sued, arguing the school’s actions violated their First Amendment rights. The students sought nominal damages and an injunction on a school regulation banning the wearing of black arm bands.

The court held that, in wearing armbands, the students were not disruptive and did not impinge on the rights of others. Thus, the High Court held, the expression was protected under both the Free Exercise Clause of the First Amendment and the Due Process Clause of the 14th Amendment. In addition, the court held that students had First Amendment rights “subject to application in light of the special characteristics of the school environment.”

However, the Supreme Court chipped away at Tinker in its 1986 decision, Bethel Sch. Dist. v. Fraser, 478 U.S. 675 (1986), where the High Court reversed the Ninth Circuit, and held that public schools could limit student speech containing sexual innuendo.

The famous “Bong Hits 4 Jesus” case stemmed from a student’s banner hanging across the street from his Alaska high school. The banner was on display during a gathering to welcome the Olympic torch as it traveled across the nation before the 2002 Olympic Games.

In Morse, Chief Justice John Roberts wrote that the school speech doctrine should apply because the torch relay gathering was a school event and that the school did not violate the First Amendment by suppressing speech advocating illegal drug use.

Applying this jurisprudence to the matter of Brandi the Cheerleader, the Levys argue the school district violated the First Amendment because Levy’s speech was on “her personal social media, on a weekend, off campus, containing no threat or harassment or mention of her school, and that did not cause or threaten any disruption of her school.”

Thus, the Levys argue that—even if Tinker did apply to off-campus speech—there was no disruption.

The school district counters that the Third Circuit’s decision creates a circuit split and rejects the Levy’s off-campus argument.

“A territorial approach also begs questions about what ‘on-campus’ means,” the school district wrote in its brief to the Supreme Court. “If a student stands just off school grounds, but shouts at classmates from a megaphone on the sidewalk, is that on campus or off? If a student on the weekend uses her private email to blast harassing messages to school email accounts, where did the speech happen?”

Why Brandi the Cheerleader Matters

When discussing why this case is important, we should probably begin by providing a public service announcement to our readers—especially our teenage readers. As the Federal Trade Commission enlightened us years ago, things don’t just disappear completely and magically on Snapchat. People can—and do—take screenshots. Your data may be going more places than you think, and you may end up in a data law article or at the Supreme Court of the United States.

The matter of Brandi the Cheerleader illustrates the tremendous impact of social media and digital data on the law.

Should school officials be able to govern speech taking place, as the Levys put it, on personal social media—on a weekend—off campus—containing no threats—and not even identifying the school?

Or, as the school district argues, is there a real burring of the legal lines, courtesy of social media and digital data?

Brandy Levi was identifiable from her presence on social media. The record indicates she had approximately 250 “friends” on Snapchat. It seems highly doubtful many of those Snapchat friends didn’t know exactly the school Levy was referencing.

And it’s not just easily identifiable and ubiquitous digital data that blurs the lines; it’s COVID-19, too.

Since the beginning of the pandemic, are you able to tell where your office begins and ends?

The saga of Brandi Levy and the cheerleading squad could have a substantial impact on student speech law, perhaps changing how Tinker, a case we’ve had since 1969, is applied.

Yet the case is also important in a newer body of jurisprudence: the law of social media.

Had Brandi Levy threatened to blow up the school on Instagram, there would be little legal doubt on how things would go down.

But hurling expletives at the cheerleading squad?

Tinkering with Tinker based on a cheerleader’s “colorful expression of frustration” on Snapchat could make for interesting law.

Activist Judges?: University of Florida Examines e-Discovery--and the Role of Judges in It