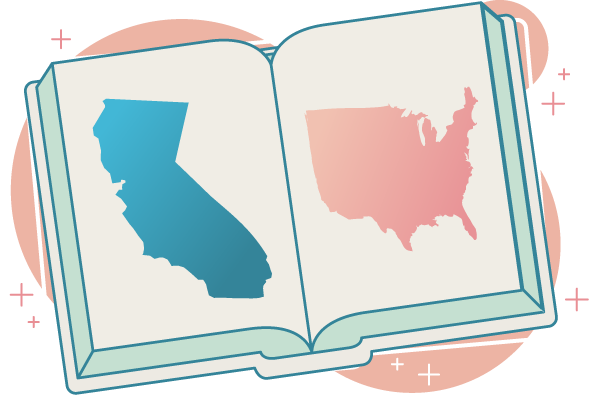 When the latest e-discovery amendments to the Federal Rules of Civil Procedure went into effect on December 1, 2015, many corporate defendants rejoiced while many plaintiff attorneys and public interest groups were quite unhappy.

The corporate joy was because the amendments to the sanctions provisions of Fed. R. Civ. P. 37(e) would—at least theoretically—allow corporations to stop defensive, needless, and costly data retention policies where companies kept data only out of fear of spoliation sanctions.

On the other hand, the plaintiffs and public interest groups feared the loss of certain sanctions would let defendants hide data they needed for their cases.

That’s all well and good, but we need to remember that the Federal Rules of Civil Procedure are just that—federal rules. Sure, many states have modeled their rules after the federal rules, but not all.

A recent California matter, Miller v. Hobbs, No. B285748 (Cal. App. 2d Feb. 20, 2020), stemming from a contest to the will of the late Redken hair care empire cofounder, Paula Kent Meehan, illustrates the sanctions lawyers and litigants can face in state court.

When Paula Kent Meehan passed away in 2014, her estate was valued at over $100 million. Married at age 15 and a single mother at 17—after the actor Debbie Reynolds had thrown her baby shower—Meehan gained great wealth after cofounding Redken with $3,000 she received for appearing in a Hamm’s Beer commercial. She built it into a major force in the hair care industry before selling to the American subsidiary of the L’Oreal Group in 1993.

Three weeks before Meehan died, she executed her Fourth Amended and Restated Declaration of a trust she had established in 1994. In this fourth amended declaration, she gave her son, Michael Miller, $13 million minus certain gifts, and she gave her grandson, Miller’s son, approximately $1 million.

Now, most of us would be doing the happy dance if our parents left us $13 million.

You see, there was $13 million for Miller and another $1 million for his son and numerous other gifts to individuals and charities, but the bulk of the over $100 million estate went to a charity Meehan founded, the Pet Care Foundation. A 501(c)(3) non-profit established by Meehan in 2004 to lower the euthanasia rates in Los Angeles County animal shelters, the Pet Care Foundation has found homes for over 40,000 cats and dogs.

However, Miller didn’t want his inheritance going to the dogs.

In October 2014, Miller filed a petition in California state court, seeking to supersede the Fourth Amendment with a holographic, i.e., handwritten, will in scrawled, illegible handwriting, which—according to Miller—read, "I will my mansion to my son. My wealth, businesses and my real properties to Michael Miller.”

Then it was e-discovery time.

Brent may be best known for representing Hollywood talent agent Renee Tab, the executive producer of the cinematic classic, Peppermint, in a dispute with celebrity Sharon Osbourne over a brawl in a Beverly Hills sushi restaurant where Osbourne allegedly spat on Tab and punched her while accusing Tab of cheating at a charity auction Ms. Osbourne had hosted with her husband, Ozzy.

On the same day the trustees petitioned to have Miller disqualified as an heir, they requested 37 different categories of discovery from Miller, including evidence on Meehan’s physical and mental health, the alleged holographic will, Miller’s inheritance, and other topics.

In January 2015, Miller, through his attorneys Brent and Holland & Knight, filed an initial response to the discovery request. Miller produced no documents but filed 18 general objections and further specific objections to each of the 37 categories of requested documents.

In February 2015, Miller’s attorneys at Holland & Knight said that Miller would produce documents and a privilege log in the next few weeks. However, Holland & Knight left the case in March 2015, and Miller proceeded with Brent as his sole counsel.

Also in March 2015, Miller, through his counsel Brent, made his First Supplemental Response, producing a mere 168 pages of documents—and about 40 of those were photos of Miller and his late mother over the years.

Although Miller’s filing stated it constituted a complete production of all responsive, non-privileged documents, the court called this a “false representation” because Brent admitted in writing to the trustees that Miller “is producing more documents.”

And the discovery deficiencies were just getting started.

Despite Brent’s assurances that Miller would be producing additional documents, Miller’s Second Supplemental Response contained no documents, only objections.

The court called this yet another false representation by Brent because she wrote the trustees two more times saying Miller would produce additional documents.

The trustees then filed a Motion to Compel and moved for sanctions of $6,585 against Miller and Brent to cover their attorney fees.

Miller, through Brent, argued he was simultaneously filing his Third Supplemental Response, which rendered the Motion to Compel moot, that the motion was defective:

(1) because the trustees had failed to attempt a meet and confer before filing the motion,

(2) because it was Miller who was entitled to a protective order and sanctions, and

(3) because, Miller alleged, the trustees had engaged in “Rambo-style” litigation tactics to harass Miller.

The court wasn’t buying it.

The court granted the trustees’ motion to compel and imposed sanctions of $5,000 on Brent—to be paid jointly and severally by Brent and Miller.

Brent objected, calling the monetary sanctions a “travesty of justice.”

More than two years later—but within the 60-day period after the written settlement of the underlying dispute between Miller and the trustees—Brent appealed the monetary sanctions against her.

On appeal, California’s Second District Court of Appeal noted that California’s Civil Discovery Act (§ 2016.010 et seq.) granted trial courts discretion to “impose a monetary sanction” for “one engaging in the misuse of the discovery process, or any attorney advising that conduct, or both.”

Among the things that can get one nailed under the Civil Discovery Act are failing to respond to discovery, unmeritorious objections, and making evasive responses to discovery.

The appellate court agreed that Brent’s actions qualified and upheld the trial court’s sanctions, rejecting all Brent’s arguments to the contrary, including arguments in which the court said Brent “litter[ed] her brief with so many pejorative adjectives that she could make a thesaurus blush.”

Miller v. Hobbs is more than the story of a single, teenage mom working her way up to become a multi-millionaire and an estate in which alleged Rambo litigation tactics were the order of the day after a pet shelter got the lion’s share of all those millions—and that’s before you get to Sharon Osbourne allegedly spitting on and kicking the talent agent over alleged charity ball cheating.

Instead, Miller is a cautionary tale about sanctions—even after the 2015 e-discovery amendments to the Federal Rules of Civil Procedure.

Yet, we e-discovery practitioners are always focusing on federal courts, and it’s a really bad idea to lose focus for most lawyers. You’re probably going to end up in state court someday.

To get the most severe sanctions for spoliation of electronically stored information under Fed. R. Civ. P. 37(b), one must show an “intent to deprive.” However, Miller teaches us that, in California, merely making an unmeritorious objection can get you sanctioned.

And, yes, Miller gives us the guidance that it’s a really bad idea to litter your briefs with so many pejorative adjectives it would make a thesaurus blush.