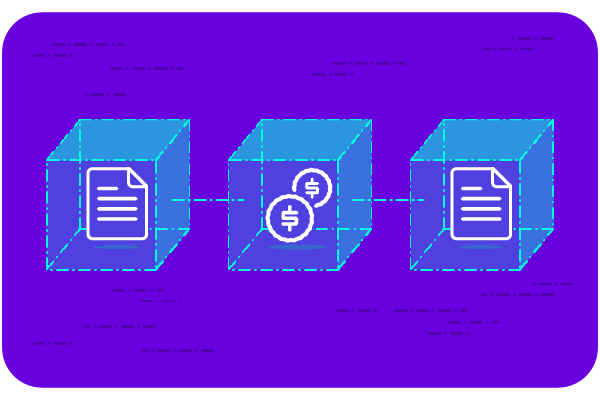 How are blockchain, crypto-everything, and smart contracts shaping the practice of law? Chicago Kent College of Law hosted the Block(Legal)Tech conference in August to explore this question.

The first surprising takeaway: the auditorium was full of experienced professionals eager to learn more about this emerging tech—not just 2Ls and 3Ls.

Here were my biggest others.

With emerging tech, demand for legal expertise doesn’t wait around.

Engagement with cryptocurrency and blockchain means conflicts to address. There’s demand now for lawyers who not only have a grasp of how these technologies work, but how to apply the law to such disputes.

Attendee Lisa Braganca is a lawyer representing participants in the cryptocurrency space who are being investigated by the U.S. Securities and Exchange Commission (SEC).

“I try to stay on top of everything that is going on with blockchain—and that is quite a challenge given how quickly things are changing,” said Lisa, who’s a former SEC branch chief. She has written several articles on regulation of cryptocurrencies and digital tokens and attended the conference to stay plugged in to front-line innovators.

Looking ahead, building the legal talent pipeline is just as important as getting up to speed.

During his opening remarks, Dan Katz, professor of law at Chicago Kent and director of the school’s futuristic, interdisciplinary Law Lab, announced that the school launched their first blockchain course this year. It’s just one offering in the school’s Legal Innovation and Technology certificate program.

“Crypto is a broad horizon for new lawyers,” said Andrew Hinkes, general counsel for Athena Blockchain and adjunct professor at NYU School of Law and Stern Business School, while presenting at the conference. “It touches every part of a law firm. You have to understand anthropology, market theory, law. My advice to new lawyers on this tech? Read. Read. Read.”

Does existing law extend to these new inventions? There are different camps.

There have been ongoing battles over what level cryptocurrency rulemaking should happen (state or federal), what existing categories cryptocurrency should fall into (like securities or commodities), and thus which existing entities (the SEC, the U.S. Commodity Futures Trading Commission) should have a say.

John Roth, chief compliance officer of the Bittrex exchange, pointed out that we apply a 1946 Supreme Court case to digital assets. It’s a difficult gap to bridge.

“How do you regulate an emerging technology, like cryptocurrency, that changes month to month?” John asked.

On the other hand, some experts argue that our legal system has adjusted to innovation in the past; this is no different.

Stephen Palley, partner at Anderson Kill, suggested during one session (entitled “Blockchain and the Legal Profession: The Role of Crypto Counsel”) that “crypto conundrums” call for common sense. And as with any other type of matter, lawyers still start by asking who-what-where-when-why-how questions.

What all seemed to agree on is that lawyers play a critical role in how these emerging technologies are woven into society—especially where ethics are concerned.

“Lawyers’ actions can have systemic effects,” said Angela Walch, associate professor at Saint Mary’s University of Law and another presenter in the “Crypto Counsel” session. “Sometimes lawyers have to be the ones to tell the hard truths.”

Trust is a hot commodity and patent trolls are a shared foe.

Trust is a key ingredient in leveraging blockchain and establishing authentic identity on the internet.

“Data is the new oil and intelligent information is the new currency,” said Wulf Kaal, professor at the University of St. Thomas School of Law, who spoke on crypto infrastructure. “The problem now is trust.”

Trust—among companies—is also the crux for solving another budding need for startups and innovating companies: protection against patent trolls.

Patent assertion entities (also known as “trolls”) are defined as firms that, rather than creating anything, make more than 50 percent of their gross revenue from patent assertion—gaining control of a patent and suing other companies for infringement.

“Trolls file 2,000 new lawsuits each year at a cost of $29 billion,” said Ken Seddon, executive director of the nonprofit LOT Network, offering attendees a first-hand perspective from the crypto industry. “Companies [rather than individuals] account for 81 percent of the patents that trolls get their hands on. Companies have a responsibility to protect their patents.”

Companies large and small are banding together against trolls via membership in organizations like the LOT Network to protect their patents. In the event that a patent falls into a troll’s hands, every member of the network receives a license to that patent for its life, immunizing the community against a troll’s lawsuit.

Block(Legal)Tech was refreshing on multiple levels. Thanks to industry sponsors, attendance was free for many. The speakers—from educators to company heads to regulators and recognized skeptics—represented a clear diversity of opinion on the issues. I also appreciated a solid showing of women experts overall.

The forum may have raised more big questions than it answered (Whose job is it to build trust on the internet? Government? Business? And how do we encourage innovation while protecting the consumer?) But with Gartner estimating that blockchain business value is expected to hit $3.1 trillion by 2030, what’s critical is that these conversations are happening—especially that they’re happening in institutions for legal education—and include a range of voices.

April Runft is a member of the marketing communications team at Relativity, specializing in content development.

3 Things I Learned at CLOC Institute 2018

Build a Killer Personal Brand in e-Discovery: Part I [VIDEO]