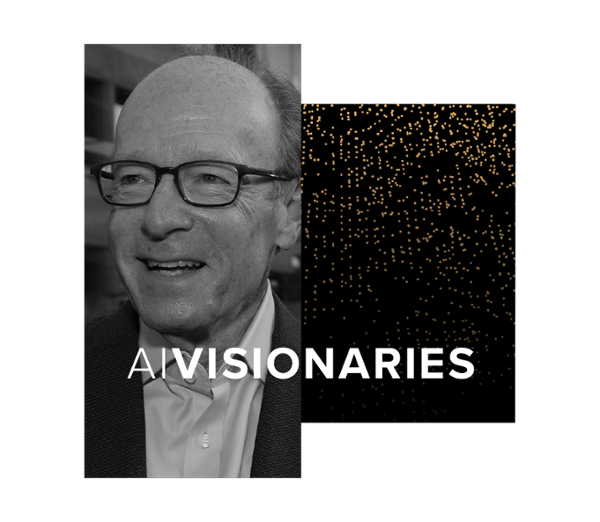 A former GC at Apple and Oracle, Dan Cooperman has spent his career advocating for—and investing in—AI. Why? Because he sees it as the best and brightest way to improve outcomes, reduce costs, and shorten turnaround times in the business and legal worlds.

As an advisor and investor in the AI space, you stand out as an early adopter of AI. How and why did you take an interest in this technology?

My introduction to AI came when I helped get LexMachina (now owned by LexisNexis) off the ground and joined the board. LexMachina was created at Stanford Law School in the mid-2000s through a collaboration among patent and computer science specialists and was later spun out of Stanford Law School in 2010. LexMachina was among the earliest companies to use analytics to examine patent and IP litigation cases. The goals were to utilize existing data on plaintiffs, prior litigation strategy, trial counsel, prior decisions by the trial judge, and prior cases involving the same legal issues in order to provide guidance on case strategy, risk assessment, cost, and likely outcomes. This novel approach was premised on the assertion that 70-75 percent of the outcome of a patent case depended on such objective factors, with the remaining portion based on the merits of the case and case strategy.

My next experience with AI came from my work on the board of LegalZoom, and then a host of other legal technology companies spawned at or around Stanford Law School and its CODEX program, which brought together researchers, lawyers, entrepreneurs, and technologists to advance learning in a new area called legal informatics. I later served on the board of Discovia, a company who, among many others, sought to automate and improve the accuracy and efficiency of document review in litigation. The legal tech sector has always been of great interest to me, as it has long been manifestly clear to me about the benefits of applying technology, particularly analytics, to legal problems to improve outcomes, reduce costs, and shorten turnaround times.

The legal sector has a reputation of being slow to embrace new technologies. What are some of the structural barriers that keep the legal sector from adopting solutions like AI at a faster clip?

The biggest ones have been cost and inertia. Practicing lawyers and law firms have historically been skeptical of new legal technologies—often with good reason, viewing them as costly, unproven, and incapable of producing an attractive financial return for many years. Similarly, in corporations, the in-house legal function was principally viewed as a cost center, not core to the business, so the willingness to invest in new and expensive technology was at a minimum.

With the emergence of AI, it can be demonstrated clearly and emphatically that many legal problems can be solved faster, more accurately, and at less cost with AI than through the use of manual solutions alone.

In recent years, however, with the emergence of AI, it can be demonstrated clearly and emphatically that many legal problems can be solved faster, more accurately, and at less cost with AI than through the use of manual solutions alone. Today, AI has overcome many of the historical barriers and finally has gotten the attention of law firms and corporate law departments.

Going back to the in-house legal function’s reputation for being an expensive cost center: how can these teams best prove their value to an organization? Can technologies like AI help it uncover more value?

In the two companies where I served as the general counsel, our primary method of evaluating new legal products or services was to determine whether the new offering enabled us to operate “better, faster, and cheaper.” AI products and services must prove themselves using this measure to gain credibility and validation.

You’ve had an exceptional career graph, including stints in which you helmed the legal function at Apple and Oracle. What have you learned from your professional journey so far? What are some wins that you are proud of?

At Oracle, my department’s biggest victory during my term was the successful acquisition of PeopleSoft in 2005. It was the first major acquisition by Oracle and opened the flood gates to the company’s inorganic growth. Between 2005 and the time I departed the company in 2007, Oracle completed over 20 acquisitions of software companies, many of which were public companies.

At Apple, which I joined in 2007, my first assignment was to facilitate the introduction of the iPhone in nearly 70 countries virtually simultaneously with its commercial release in the US. For a company that had never had a significant footprint in the telecommunications business, typically a highly regulated business, to get licensed in so many countries so quickly was an incredible team effort. I’m very proud of the company’s success there.

What were your interests early on, and what drew you to the practice of law?

Having graduated from Stanford’s combined program in law and business, I had always leaned toward a career in business. Following graduation, I joined a large management consulting firm focused on strategic planning. A couple of years later, I shifted into corporate law for a major San Francisco-based law firm. To my great delight, I developed a portfolio of mid-sized, private company clients who relied on me as much for management consulting as they did for legal work. In a service profession like law, you try to help clients in whatever ways you can. Those experiences impressed upon me the importance of creating value in the delivery of legal and professional services and I became intrigued with methods to improve the quality, timeliness, and cost-effectiveness of legal services.

What do you do when you are not working? How do you decompress?

I enjoy working out and watching and attending various sporting events—particularly soccer, having been a youth soccer referee for many years. I took up golf at the ripe age of 63 and now enjoy playing on many of the beautiful golf courses in northern California.

Which person (living or deceased) do you most admire?

My mother. She came from a wealthy family in Munich and barely escaped from Germany with the clothes she was wearing just as the Nazis entered the country. She arrived in the US penniless, with nothing but ambition. She was lucky to meet my dad, also an immigrant from eastern Europe, in New York City and they both worked together in my dad’s medical practice with the single-minded goal of giving my two brothers and me opportunities to pursue higher education.

What do you consider the most underrated quality or skill?