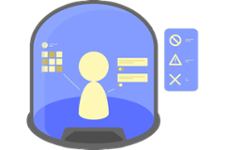 The rest of the world is often amazed—appalled, really—at what we allow to go on in American e-discovery. Our rules allow broad-based discovery that simply would not be tolerated in other parts of the world. On the other hand, Americans argue we uphold the rights of litigants to get the evidence they need to try their cases.

But even we Americans have our limits.

In a recent decision, Facebook, Inc. v. Superior Court, No. 157143 (Cal. App. 1st Feb. 13, 2020),   a California appellate court reversed a trial court in a case involving the production of Facebook and Instagram data, holding the lower court erred in ordering the social media companies to turn over the user data of an alleged murder victim and a witness in the case.

Should a murder defendant be allowed to review the alleged victim’s social media to defend himself?

In June 2013, an alleged assailant shot and killed JaQuan Rice Jr. and injured a minor in a drive-by shooting. Unfortunately for the alleged shooter, a local surveillance camera captured the car used in the shooting, and within minutes, police stopped Renesha Lee, who was driving the car in question.

A witness to the shooting identified Renesha Lee as the driver of the drive-by vehicle, and Lee identified Derrick Hunter, Lee Sullivan, and Hunter’s minor brother as people involved in the shooting.

Hunter’s 14-year-old brother confessed to the shooting, saying it was self-defense due to gang activity between a street gang known as Big Block and its rival group of gangsters, West Mob.

A grand jury indicted Hunter and Sullivan on murder, weapons, and gang-related charges stemming from the shooting that killed Jaquan Rice.

The social media companies moved to quash the subpoenas, arguing the federal Stored Communications Act (SCA), 18 U.S.C. § 2701 et seq., barred them from disclosing the communications without user consent and that no exceptions applied.

Hunter and Sullivan conceded that the Act barred the social media companies from complying with the subpoenas—but argued nonetheless that compliance was required because the SCA violated their rights under the Fifth and Sixth Amendments to the United States Constitution.

A trial court sided with Hunter and Sullivan, accepting their constitutional argument and denying the social media companies’ motions to quash. The court ordered the social media providers to produce the requested communications for in camera review.

However, a California intermediate appellate court reversed, holding the SCA barred disclosure and rejecting the constitutional arguments by Hunter and Sullivan.

The California Supreme Court granted review and held that—under the SCA’s “lawful consent exception,” codified at 18 U.S.C. § 2702(b)(3), providers were allowed to disclose communications configured by a user to be public—but that didn’t include private social media data.

Because production of the public information might negate the need for other data, because the trial court did not develop an adequate record on alternative methods for obtaining the data, and because the trial court did not address adequately the public/private communications distinction, the California Supreme Court declined to address the constitutional issues and remanded the matter to the lower court.

On remand, the case got its third trial judge when the second judge was elevated to California’s Court of Appeal. The third judge, Hon. Charles Compton, denied the social media companies’ motions to quash and ordered them to produce responsive private communications to the court for in camera review. He explained that Hunter’s and Sullivan’s Sixth Amendment and due process rights were “very important” and that he was unaware of any viable alternatives to obtaining the information.

Once again, the social media companies obtained a stay and, on appeal, the Court of Appeal reversed. The intermediate appellate court dodged the constitutional issue—ruling that it could dispose of the case before reaching the constitutional issues because the trial court had failed to address factors articulated in City of Alhambra v. Superior Court, 205 Cal. App. 3d 1118 (1998),

The appellate court noted that the City of Alhambra court cited seven factors the trial court should have considered before ruling there was good cause to allow Hunter and Lee to obtain the alleged murder victim’s social media data:

(1) whether the material requested is adequately described,

(3) whether production of the records containing the requested information would violate (i) third party confidentiality or privacy rights or (ii) any protected governmental interest,

(4) whether the defendant has acted in a timely manner,

(5) whether the time required to produce the requested information will necessitate an unreasonable delay of defendant’s trial,

(6) whether the production of the records containing the requested information would place an unreasonable burden on the governmental entity involved, and

(7) whether the defendant has shown a sufficient plausible justification for the information sought.

The intermediate appellate court wrote, “In sum, the trial court did not follow our Supreme Court’s instructions to consider all the relevant factors and, instead, appears to have focused solely on Sullivan’s justification for discovery.”

This case presents a difficult issue. If it didn’t, we wouldn’t have had the long and winding procedural history, with multiple appellate reversals of the trial court. We have constitutional rights when accused of a crime. Denying a criminal defendant access to evidence for trial is an extremely serious issue.

However, other rights are at play here. Do we really want people rummaging through our Facebook and Instagram accounts after we’re dead?

The thought of people searching our electronic communications without our consent is exactly why our friends in Congress brought us the Stored Communications Act, part of the Electronic Communications Privacy Act (ECPA) of 1986.

The SCA has been criticized (justifiably) as inept for our data-driven 21st Century world. After all, the law is 34 years old. Lawmakers drafted it before everybody had a smartphone and the internet became a ubiquitous presence in everyone’s lives.

However, despite the criticism, the SCA worked exactly as it was intended in this case. The ECPA itself was an attempt to help the law keep pace with technology. Of course, in 1986, the goal was to advance beyond telephone wiretaps to the on-premises computer world of the 1980s.

So, data privacy—and the SCA—carry the day here. Although the court did not need to reach the constitutional issues, Facebook v. Superior Court stands for a proposition the Rolling Stones taught us many years ago.

Even in America, when it comes to e-discovery, You Can’t Always Get What You Want.