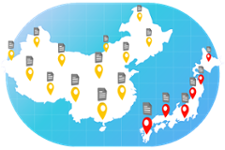 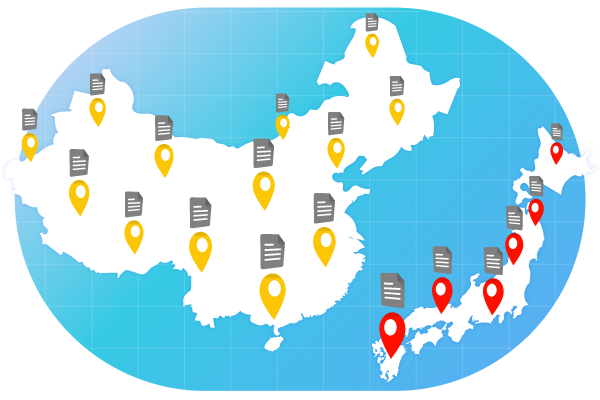 Excerpts from this post were originally published by Legaltech News. With more insights than could fit in one article, the full interview is republished here in two parts. Read part one for the similarities and differences in e-discovery needs among Asia’s major states.

Today we conclude the analysis of e-discovery in Asia with Tom Groom, Jared Nelson, James O’Donoghue, and Abigail Cooke. Here, the questions turn to the circumstantial and technological drivers of change in the region.

What is driving the need for e-discovery operations in the Asia region? Does an increase of mergers and acquisitions or intellectual property-related activity play a part?

Investigations have been the clearest driver of e-discovery growth in China, but litigation is catching up. The world is currently in the middle, although taking a dip recently, of a massive Chinese buying spree of resources and companies abroad. Chinese outbound M&A activity, which has been one of the largest M&A booms in history, has also seen Chinese companies running into new problems and challenges, such as suddenly discovering Americans’ love for litigation and the enormous difficulties in meeting US litigation discovery obligations, especially when the trial is in the US and in English but the documents are in China and in Chinese.

James O’Donoghue, founder and president at In-House Advisory Group, focused on advising Japanese corporations and institutions on US legal matters:

You can say quite a bit for each country in Asia doing e-discovery and there is no answer for all of Asia. One of the most important learning points when talking to practitioners in any Asian country is that the markets in which they operate are unique and the market forces driving their growth are diverse. For M&A and IP in particular, Korea probably has more use cases because of the industries that dominate the market.

How have you seen Asian countries handle the challenge of data in multiple languages during e-discovery projects? Are there are complexities in the local languages that make e-discovery more difficult?

There is no substitute for local knowledge and expertise, and multi-language cases are no exception. Initially, there seemed to be a movement to conduct document review through US attorneys with backgrounds in the particular Asian language that was needed. However, in my experience that leads to additional costs in terms of service fee, the speed of review, and translation errors due to the fact that legal teams outside of China may not fully understand current slang terms, cultural references, and evolving nuances of the language that may even be particular to a specific region of China or even a specific city.

There are also some technical challenges for some Asian languages that created issues early in the development of e-discovery here. Most notably are the challenges that arise when identifying individual words. In English and most Western languages we have a space between each word, which makes it very easy for a computer to understand each word as a distinct and discrete piece of the sentence. However, some Asian languages, like Chinese, do not use spaces between words and, further complicating things, some words depend on the formation of two-character couplets, which makes it much more challenging to automatically identify unique words in a sentence because there is no built-in indicator to separate them like the blank space in English. As a result, when we first started working on these cases a lot of the advanced features of some of the software platforms were not usable for Chinese.

Luckily, the software companies have made rapid improvements in this area; for example, we use kCura’s Relativity platform and just last week we were really pleased to see in a presentation by their CEO Andrew Sieja in Shanghai that they have added things like e-mail threading, one of the biggest time savers and a last hold-out for being unavailable in Chinese, to character languages that do not have natural indicators like the blank spaces between words. As a result of those kinds of efforts, most of the technical hurdles for Asian languages have been overcome.

In my experience, the e-discovery providers in these markets have become incredibly creative in working across languages and cultures but now also have the tools to assist them, which will hopefully make life a bit easier. For example, Relativity has had a language identification feature for several years but it wasn’t being utilized until the last two to three years in Asia. As e-discovery providers in Asia have matured, so has their use of our products. What used to be a big challenge that required creative solutions is now just part of a standard workflow.

What technologies are e-discovery practitioners in China and Japan relying on?

The APAC region is accepting advancements in search technology such as machine learning, AI, and other technologies based on conceptual search. Data volumes are growing by the expanded use of images, audio and video on new data platforms such as WeChat. There is just too much volume for a human-only review, and there is no sign of that trend slowing down.

In China, we did our first predictive coding case in 2013, and we have seen a steady rise since. There is still a relatively slow adoption, but it is taking hold as more companies begin to better understand the advantages.

For investigations, in particular, these tools can result in very substantial time and cost savings. These gains are quickly recognized by general counsels who need, often more than the cost savings, immediate results and early case assessments to know how big of a problem they have, how significant of a scope the investigation should contain, and who in the organization needs to be suspended or immediately cut-off from access to potential evidence.

I have seen a slight increase in the appearance of predictive coding on cases here in Japan, but Japanese document review remains largely a manual process.

AI still has a long way to go in both accurately assessing Japanese materials, and gaining the trust of consumers in Japan. Japan’s corporate culture presents another obstacle. Japanese companies are a generation behind the US with respect to electronic data storage. Most large review projects involve extensive amounts of scanned paper files that cannot always be accurately identified with optical character recognition methodology or automatically coded.

Our customers have tripled the frequency and amount of analytics being used across the region. The uptick in analytics in Asia is aligned with the needs across the globe. Data volumes are growing, and the ultimate end user of e-discovery, corporations and government, want that handled in a more strategic, cost-effective way.

How does the market in China and Japan differ from the US market?

In China, there is still a much greater focus on using e-discovery tools for investigations over litigation production. These two projects have a similar foundation, which can be seen in similar technology tools, a similar general process, and a similar methodology; however, the differences are also shaping the market in significant ways.

For example, one of the early investments that we made at MWE China was to make further investments in the technology and personnel to be able to conduct forensic imaging, metadata analysis, data visualization, file deletion recovery, and similar capabilities so that we could complete a full investigation process, end to end, all in house under one team of lawyers. That approach is almost unheard of in a US law firm, and is in stark contrast to the US market, where most law firms will outsource e-discovery, often into several different pieces and different vendors for each of the phases.

The market for e-discovery products is also shaped by the need for solutions to specific local challenges. For example, in China much of the technology that is omnipresent in the US (such as Google, Facebook, or Twitter) are blocked and in their absence home-grown replacements have flourished, most notably WeChat.

e-Discovery solutions not capable of collecting or organizing WeChat data in an effective way have quickly been supplemented or replaced by Chinese companies or creative investigators who work directly with developers to make specific solutions for each of these types of local challenges.

The e-discovery products are in Japan are predominately the same as what might be available in the US. One notable distinction is that Japanese vendors require forensic expertise in exporting and processing data from antiquated Japanese software and storage systems. Some global vendors have partnered with local e-discovery suppliers to combine the best possible products with local system expertise.

I wouldn’t say that the products differ, but the use cases do. For example, the majority of the work done in Asia is for the purpose of investigation. In the US, litigation is still the market driver for e-discovery. Therefore, our products and workflows may be used differently. Having that flexibility in an e-discovery tool is what makes Relativity popular among global clients. It can be repurposed for any legal process involving data and workflows.

Rhys Dipshan is a journalist who covers in-house tech issues from early disruption to ghosts in the machine for Legaltech News, The National Law Journal, the New York Law Journal, and Corporate Counsel.

How RelativityOne is Pushing e-Discovery Into the Future

Experts Weigh In on Asian e-Discovery Markets, Part 1: The Lay of the Land

Dispelling the Myths that Prevent Legal Innovation in Hong Kong