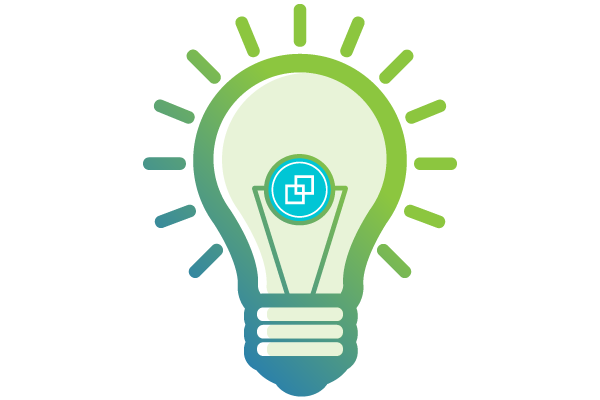 In the hustle and bustle of everyday life, you may find you have little time to feed your creative spirit. However, our careers and creativity can go nicely together if we look for opportunities to marry the two.

This is exactly what Danny MacDonald, a forensic analyst at Chesapeake Energy Corporation, learned after stepping into Relativity Fest last fall. It being his first time at Relativity Fest, Danny looked for sessions that aligned with his interests in technology and added one on custom objects—formally known as Relativity Dynamic Objects—to his list. He had not anticipated leaving the event armed with an idea that would transform his organization’s system for tracking cases and collections. (Learn about this year's iteration of the session here.)

“About 15 minutes into the session, I texted a colleague saying Relativity will help us accomplish exactly what we want for our ideal evidence management system,” Danny said.

CHK team members spent the 18 months leading up Relativity Fest considering various evidence management systems. Their team demoed numerous platforms, but hadn’t found one that was a significant improvement on what they had.

At the time, CHK was encountering several challenges with their existing evidence management system; the system lacked a seamless way to share data across cases.

“If there was information collected from a custodian in one case, it was exceedingly difficult to preserve that data for another case,” Danny remarked. “The session made me realize that I could build our own evidence tracking software in Relativity. Immediately after the session, I went to my hotel room and started drawing it out.”

From Graphic Designer to Forensic Analyst to Innovator

Before joining CHK’s team nearly six years ago, Danny worked as a graphic designer that helped law firms near the end of the litigation process. During the pre-trial phase, Danny would collaborate with attorneys on creating demonstrative exhibits that would make facts of the case easier for juries to digest as they headed into deliberation.

“I had to really think through how juries would interpret the exhibits as I wasn’t in front of them walking them through the case,” Danny said “When I started working on the application, I had a chance to be creative in a new way. I had to design an application that didn’t require users to pause before completing a task. It needed to be understandable at a glance.”

After pitching and getting the seal of approval from CHK management, Danny moved forward with building the application: Chesapeake Energy Records and Metric Tracking (CERMT). At its core, CERMT allows users to view all their cases at a glance, as opposed to going through the tedious process of clicking to and from various cases to obtain information.

The application is armed with 17 custom objects that are interlinked, with Danny noting that he designed CERMT with the intention of “merging the Electronic Discovery Reference Model (EDRM) with CHK’s methods of e-Discovery.” Objects within CERMT mirror many elements of the EDRM, which tracks the flow of data from preservation through production. The metric views within CERMT allow CHK to better audit the data going through the system throughout the EDRM lifecycle.

“CERMT’s custom views provide insights into the EDRM process and help us ensure that our attorneys and reviewers are following best practices,” Danny said. “CERMT has greatly simplified our processes with data tracking and management, and made the e-discovery process more efficient for our users.”

Continuing to Foster a Spirit of Innovation

CERMT was Danny’s first custom application on the platform, so he didn’t have a step-by-step understanding of how to get from point A to point B. To start, Danny referred to the workbook distributed at the session detailing an overview of dynamic objects, which he found was essential in moving his plans along for CERMT.

“Once I got over the initial barrier of how to use custom objects, the floodgates of using technology to improve our processes opened,” Danny remarked.

With 17 custom objects and counting, Danny’s work is not finished. CHK has dedicated an entire room to housing hard drives and USB drives, which members of the forensics team can check in and out via an Excel spreadsheet. Through CERMT, Danny strives to more effectively audit what the team is using for their everyday jobs. He plans to integrate the files’ inventory into CERMT’s collection objects, which will include check in and check out buttons.

“I have a long list of roadmap items to implement within CERMT,” he said. “I aim to continue innovating on the platform and building sophisticated applications. Overall, it has been a rewarding process and I’ve had a lot of fun doing it.”

The Risky Business of Innovating in e-Discovery