The Best of Relativity Fest: Our Favorite Commentary from the Conference 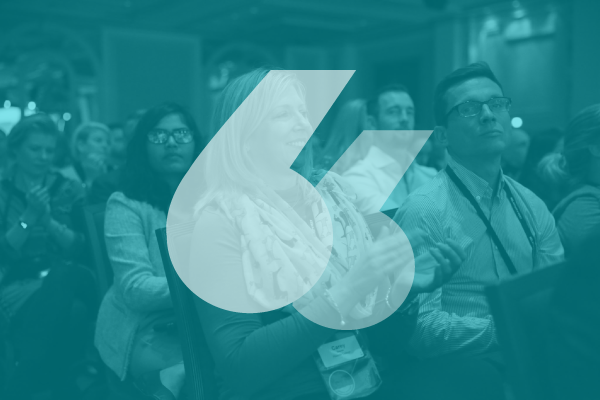 Relativity Fest 2017 is in the books. With almost 2,000 attendees, 168 legal and technical educational sessions and workshops, over 4,000 tweets—and, yes, more than a few parties—this year’s annual festival of learning and fellowship for the e-discovery community broke new records.

We call this The Best of Relativity Fest, but please know that we know there were many great moments not captured here. Thanks to all of you for making Relativity Fest 2017 such a success.

“They’re doing a lot of things with data that creep out a lot of Europeans, but for some reason, it doesn’t creep out Americans.”

“For lawyers, our product is information.”

"Anyone who attended Relativity Fest can readily see that the Relativity community is fanatical and hungry to solve more business problems using the platform. This hunger gives our team—and so many other developer partners—the opportunity to build software that is making a huge impact on users' lives."

“The GDPR is the best marketing tool since Zubulake.”

Honorable Nora Barry Fischer, U.S. District Judge (W.D. Pa.) on the importance of metadata in e-discovery even in an era of proportionality:

“Proportionality is important, but metadata can be critical to a case. In fact, one of the largest cases of the year, Wadler v. Bio-Rad Laboratories, turned on a small piece of metadata.”

“In our world, you don’t spoliate—you commit obstruction of justice.”

Karyn Harty, Partner, McCann FitzGerald, Dublin, Ireland, on the effect of Brexit on Ireland and the Emerald Isle’s lack of control on the process:

“It’s been said that Brexit will be good for Ireland, but in the long term, that’s wrong. It’s as if your daughter came home and announced she was having her boyfriend’s initials tattooed on her forehead. It will be horrible for her, probably horrible for you, and the worst thing is that you have no control over it.”

Keynote Speaker Chip Heath, professor at Stanford Graduate School of Business and co-author (with his brother, Dan) of The Power of Moments:

“The eye roll is one of the best diagnostic predictors of divorce.”

“Carpenters didn’t worry about jobs being taken over when the hammer was invented.”

“If you’re getting a divorce, get off social media.”

“We didn’t appreciate how big this conference was. It’s full of lights, and it’s glitzy and glamorous. You’re making e-discovery sexy.”

“No matter how careful you are in e-discovery, some privileged document is bound to slip through—which is why I continue to say that failure to get a Rule 502(d) order borders on malpractice.”

“When I first came to Relativity Fest, it was all about Relativity. There was no Rule 502(d) discussion, no Judicial Panel, and there weren’t many—if any—lawyers. Now, it’s much more than Relativity Fest. The lawyers are here, the judges are here, and there are so many companies here. It’s now really Legal Technology Fest.”

Honorable Xavier Rodriguez, US District Judge (W.D. Tex.) on the enthusiasm for more judicial involvement in TAR protocols after the 2015 amendments to the Federal Rules of Civil Procedure:

“I know people want a pontifical blessing of TAR protocols, but I find nothing in the rules showing that it's my role as a judge to do that.”

Honorable Shira Scheindlin, Retired US District Judge (Retired) and now of counsel at Stroock & Stroock & Lavan, on her decision in Floyd v. City of New York (quote courtesy of Zach Warren of Legaltech News, who attended the session):

“Stop and frisk is probably the case I’m proudest of from all my years on the bench, including Zubulake. … For those of us who haven’t been stopped, maybe you don’t realize what it’s like to be stopped—to go to the store for milk, then get hung up for 30 minutes or more in front of your friends or family. It’s very humiliating.”

“Best part of my day? Waking up next to my wife. Second best? Reading the daily digest from the Community.”

Honorable Peter Vickery, Justice, Supreme Court of Victoria, Australia, on Australia’s criminal spoliation sanctions, and the spoliation claims in Mueller v. Swift (the Taylor Swift case), where multiple devices were allegedly destroyed, including by a coffee spill on a MacBook:

“We would have thrown the coffee-spiller in jail.”

Grant Whiteley, Director, KordaMentha, who may be the person who traveled the farthest to get to Relativity Fest (33 hours, including connections, from Perth, Australia):

“Out of all the conferences I attend, I get the most out of this one. I get a much better understanding of issues affecting our industry, and I walk away with new technical skills I didn’t have before. It’s a bit hit or miss at every other conference. Besides that, the culture around Relativity is infectious. There’s much more passion, excitement, and openness.”

4 Thoughts from the e-Discovery Community to Inspire You

Do You Love Your Job as Much as These e-Discovery Pros?