The Industry Sings for a Good Cause: The 12 Days of e-Discovery 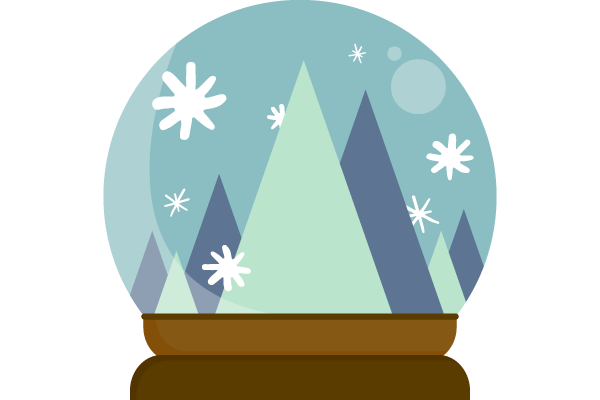 As 2020 comes to a close, we all want to find ways help people in need—and when you get a note from Kelly Twigger and Maribel Rivera asking for help with something, you’re eager to do it, because you know it’s going to be worthwhile when it involves these two leaders in our industry.

Last week that very thing happened to me.

The end result was more of an entertaining comedic collision than a classic concerto, but a band of merry e-discovery revelers got together to support a worthy cause near and dear to the heart of a legend we lost this year.

We hope you’ll join the party—both in watching the video below and in supporting the cause.

For a couple of years now, Kelly has thought of gathering e-discovery people together for holiday production. It came together this year because, with 2020 being tough around the world, we thought everybody could use a good laugh. To help make it happen, we added Nikki MacCallum to the team. Nikki’s more than an e-discovery professional—she’s a professional comedian.

Of course, this effort is about more than trying to have some fun at the end of a year that won’t be remembered as a festival of frivolity.

We lost Gayle O’Connor this year. A marketing institution in the field of e-discovery, she served as a marketer for EDT Software, Social Evidence, and others. Just as important, she was one of those people who brought the e-discovery community together.

Gayle was special to many of us at Relativity. Her wit and wisdom graced the pages of The Relativity Blog, and—if you were within a 20-yard radius of the Relativity Fest dance floor—you knew Gayle O’Connor. She brought New Orleans to Chicago.

More importantly, she was generous with her expertise, and her commitment to those in need was real.

When we first did an access to justice session at Relativity Fest years ago, I was mortified as I stood at the podium looking out at an almost-empty room.

Two of the 10 people in attendance were Gayle and Tom O’Connor.

Not only were they there, Gayle became part of the program with her insightful questions from the audience. She also took notes, which Tom used in a Techno Gumbo blog post that helped tell the story, The Best Presentation at Relativity Fest That Nobody Heard.

Whatever success we had in spreading that message, we owe in no small part to Gayle and Tom O’Connor.

Times have changed for the better, and now we fill rooms with discussions on access to justice. Gayle and Tom were ahead of the curve.

Gayle contributed in many ways. In another program, Tom was on the panel, and Gayle was in the audience. Moderating the panel, I may have asked Gayle more questions than I asked Tom. (Sorry, Tom; she was on a roll.)

Whether it was sharing her legal marketing expertise to new people in the industry, her commitment to access to justice, or simply having fun, if you crossed paths with Gayle O’Connor, your life was different. Everyone was her friend.

Singing for a Cause

Gayle loved New Orleans and the people of the Crescent City. One of her favorite good causes was Bridge House/Grace House, a residential treatment program—with a thrift store and a used car lot, open inclusively to helping women and men, but giving priority to pregnant women.

I suspect no one reading this post will be sleeping on a cement floor tonight—but some people will be. If you’re having a bad day, read some of the inspirational stories of Bridge House/Grace House.

At Relativity, we’re proud to join Ari Kaplan Advisors, eDiscovery Today, EDT, ESI Attorneys, and Oasis in this industry effort to support Gayle’s cause. Thanks to eDiscovery Assistant for bringing us all together. You can join the party and support Bridge House/Grace House in honor of Gayle here.

As you watch the video above, you’ll see how a group of e-discovery people, including litigation support professionals, technologists, lawyers, marketers, an analyst, a recruiter, and a judicial legend in e-discovery law dropped everything for a good cause.

My little boy joined us for the video, and as we recorded, he whispered, “Daddy, you and your friends don’t sing very well.”

Sure, we probably would have sounded better if Gayle had been there to add a New Orleans flair, but Gayle lives on through Tom and her son, Seamus, and her good works live on through all of us.