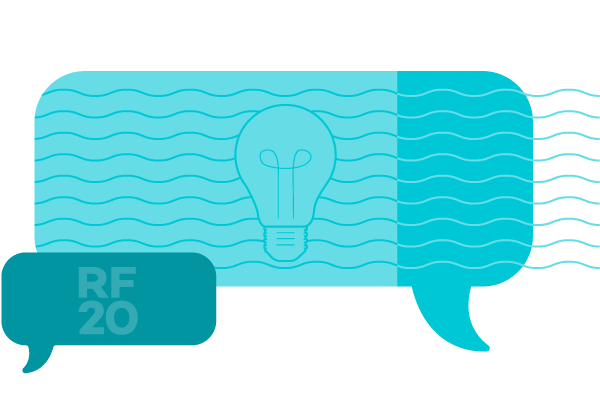 What if a judge told you that you have a duty to take an informed, transparent, and collaborative approach to representing your clients in the courtroom? What does that mean—and where do you start when it comes to ensuring your practice fits the bill?

A virtual Relativity Fest 2020 may have meant a lot of change, but it certainly didn’t change the presence of our annual Judicial Panel. A central event at Fest for the last several years, the panel is a valuable opportunity to hear from distinguished jurists on current case law, e-discovery issues, data privacy considerations, and more of the most relevant topics of the moment.

This year’s panel was a delightful mix of fresh and familiar faces:

The 2015 changes to the Federal Rules of Civil Procedure have been a topic of past panels, and this year’s featured the subject as well—with a notably conclusive twist.

During the panel, Judge Conti presented the case of WeRide Corp. v. Huang, a case featuring “massive-scale destruction of data.” The court awarded sanctions as a result of this spoliation. In sharing this example, Judge Conti provided some interesting perspective on how the updated rules have come to influence the cases she’s seen involving issues of e-discovery spoliation.

“I am seeing more severe sanctions being ordered. Judges are expecting lawyers to take reasonable precautions. The expectations are rising that lawyers will be experienced in these fields, so judges are leery when they see unexplained conduct that’s repeated over and over again as in this case,” she explained. “There’s a greater receptivity by the courts in the appropriate cases to actually enter terminating sanctions.”

Judge Matthewman concurred, having such conduct in his own courtroom.

“I had a recent case, now concluded, where three individual defendants could, for some reason, only produce favorable text messages. One said his phone had been dropped in a lake and run over by his ruck. The other said he traded in his phone and transferred no data. And the third said he got a new phone and thought he transferred data, but ‘this is all we have.’” Judge Matthewman recalled. “So I set up a hearing where each person would have to testify as to what happened to their phone and whether they had backup data, and an expert would have to be paid for by them to investigate and see if they could retrieve text messages.”

As it turned out, the parties weren’t too keen on this plan.

“The hearing was set for three or four weeks away and an expert was recommended. Quite surprisingly, I guess, a week or so before, the case settled—and they asked that the order be vacated. Case closed,” he continued.” So I think rule 37(e) has been good for helping judges know how to handle spoliation issues, and I think there are a lot of ways to get at these spoliation concerns. Our concern is that we want all evidence to be presented that’s relevant and proportional, and any party destroying that evidence skews the justice system.”

Overall, despite initial fears that the updated rules would mean more frequent sanctions, the judges agreed that the courts have settled on fairness in practice. Many voiced agreement that courtrooms across the United States are faithfully reserving the heaviest sanctions for cases of malicious intent.

“I think the message has been received loud and clear from the judiciary: Terminating sanctions don’t result from negligent spoliation,” Judge Rodriguez added.

Another prominent component of the updated rules is proportionality, and related issues abound in today’s courtrooms. With ever-growing data volumes and increasingly complex cross-border issues coming into play, this has indeed become an essential conversation for case teams everywhere.

The case presented by Judge Rodriguez is a familiar one to readers of The Relativity Blog. In EEOC v. M1 5100 Corp., Judge Matthewman—who, present for the panel, couldn’t comment on this case because it’s ongoing—chastised the responding party’s use of self-collection for e-discovery data.

Interestingly, Judge Rodriguez brought up a counterpoint to Judge Matthewman’s (and similar) opinions: Might proportionality make a case for this practice, in some instances?

“Consider the just, speedy, and inexpensive determination of every case. At some point, at some level of monetary cases, we’re defeating the purposes of ‘inexpensive’ by requiring an expert, consultant, or forensic specialist to come in and gather evidence,” he suggested.

“I think maybe the game has changed, certainly on the ground. In-house lawyers have taken control of the discovery process to a very large extent, so outside counsel are, many times, excluded from the process. In-house counsel from major organizations will gather documents and send them to the lawyers, without paying them to do discovery,” Judge Rodriguez noted. “So there’s tension building between what’s happening on the ground, and the post-2015 rules cases that suggest self-collection is always inappropriate.”

Like so many things in the law (even in adversarial legal systems like that of the US), it may simply come down to better cooperation to make an appropriate call on collection and proportionality.

As Judge Conti noted: “There needs to be dialogue between counsel and the court. You need transparency. If there’s a proportionality issue, this can be discussed. There are some other tools we have available to avoid the problems with self-collecting and it doesn’t have to be a situation that results in very severe sanctions.”

Less resolvable by polite discussion, however, are issues of data privacy—an increasingly complicated challenge for legal teams around the world.

Master McCloud, discussing the Schrems II decision that came down in July, pointed out some of the complications that have arisen when it comes to legally handling the transfer of personal data between the EU and United States.

“What they did was say standard contractual clauses [regarding data privacy] are fine, but not good enough on their own. Instead, there needs to be some arrangement between parties and users to ensure privacy is practical and effective,” Master McCloud explained. “Parties need to consider whether they can resolve this by having tighter clauses or not.”

Naturally, the decisions is just one more complication for legal professionals in 2020: “This was just decided in July, and at a difficult time,” Master McCloud continued. She went on to suggested that “more technical solutions must be considered” when it comes to addressing how data can be accessed and referenced across jurisdictions without violating privacy laws.

Judge Rodriguez said he’s watching closely to see how courts address the repercussions of Schrems: “This is a really complex area of the law. Whether American courts will give more deference to Europeans in these cases remains to be seen. We’ll need to see an analysis of proportionality and fines. This is going to be an interesting show in a couple of years.”

A High Bar of Ethics for Lawyers

Perhaps most notable across the cases discussed by this year’s panel was a sense of responsibility.

Justice Kennedy said it most clearly: “When an attorney comes before the court, credibility is everything.”

She went on to describe the case of Miller v. Hobbs, which involved deficient productions and misrepresentations by an attorney. “In Miller, this attorney miscited the law and statutory provisions that were no longer in effect, made disparaging comments about the court and counsel, and also made frivolous arguments,” Justice Kennedy explained.

She had no patience for such conduct: “Let me just say that having an education—certainly a law degree—is a privilege and an asset that must be nurtured and protected. We are required to maintain the highest ethical standards, and abide by the applicable rules of conduct,” she continued. “Bottom line is that you have to be above board when you come before the court, have the necessary decorum and respect not only for the court but for opposing counsel and the parties, know and state the relevant law and rules of the court, and comply with discovery.”

“The way I see it, we hope that lawyers, acting ethically and professionally, will produce all the discovery they’re supposed to. We hope that’s the message to the entire bar,” he said. “But for the portion of the bar that doesn’t comply with that, we have the issuing of sanctions. To me, they’re a last resort—I don’t like issuing sanctions. Btu they are necessary when lawyers and parties are not complying with their duties.”

Master McCloud made a point to note that expectations are similar across the pond: “The court needs to be able to trust advocates—I think we’ve all agreed on that. We have finite judges, courts, lawyers, and so forth, and we must not let anyone occupy more than their fair share of these resources on cases with parties who play games.”

The core issue, for Master McCloud, is one of trust.

“I’d echo what Justice Kennedy said about advocates and what’s expected of them. It’s very important that we can trust what we’re told, and reputation is everything,” she said. “So often, we take for granted what an advocate tells us—and we need to be able to do that.”

The Best of Relativity Fest 2020: Our Favorite Commentary